My Summer Blockbuster: A Trilogy. (Part 1-The Good.)

Freethinkers Anonymous > Submitted For Your Approval. > My Summer Blockbuster: A Trilogy. (Part 1-The Good.)

I wrote a lot of weird stuff in college. I know that’s not much of a confession because most other people can say the same thing. A real confession would be that I understood modern philosophy without being high, but that’s another story. A few weeks ago pulling down some old memories from the attic I came across a folder of scripts. In the summer between graduating high school and starting college the friends I hung out with all had their own nicknames. They were “handles” from the computer bulletin board systems where we virtually hung out. This was pre-internet, and almost everyone on the BBSes was local because it was a local call. This meant we could get together in the real world almost as easily as the virtual one, and most Thursday nights we’d gather at a Fuddrucker’s for burgers and random chaos.

One guy called himself Asbestos Man. Someone got the idea that I should write a story about a superhero named Asbestos Man. Then it became a script. Then the idea was that with the script in hand we could make an Asbestos Man movie. Then I went off to my freshman year at college, but the idea stuck with me, and the friends I stayed in touch with through letters reminded me about it too. So I sat down and wrote a pilot that would introduce Asbestos Man, hero of the city, friend to the downtrodden, and part-time assistant to a couple of bumbling cops.

The initial reaction was positive enough that I wrote three more scripts. Each one was only seven pages, but I’m still surprised by the number of characters I introduced. The only problem was range—but I’ll come back to that.

The four stories were:

Dr. Krelg’s Evil Plot-A massive number of wigs have been stolen. The police can’t be bothered, so they call Asbestos Man.

The Disappearance of Captain Brunge-Two guys with a giant walking quilt are wreaking havoc, but where is police captain Brunge? Asbestos Man is on the case.

A Scandal In Salivia-A foreign ambassador has been abducted and the police can’t be bothered. It’s up to Asbestos Man to rescue her.

Havel Strikes Back-The city’s biggest crime boss is finally behind bars. How will his top assistant get his bail money to him? By calling Asbestos Man of course!

And then there were the characters.

Asbestos Man-A superhero who’s not particularly super and whose origins are unknown Asbestos Man is introduced relaxing in The Asbestos Parlor (a solid white room with a white desk, white phone, white chair, etc.) waiting for the police to call. And they do whenever they have a problem that’s not important enough for them to waste their time on it. When called into action he sets off on The Asbestos Bike.

Note: Aside from a brief reference to his suit being fireproof there’s no explanation as to why he’s Asbestos Man. He could just as easily have been Naugahyde Man.

Captain Brunge-An aging police captain Brunge would retire if the SNAFU that’s holding up his benefits could ever get worked out. He’s been moved to an obscure corner in an obscure office of the police force that deals with low-budget threats. Frustrated at being stuck he has been known to contemplate becoming a supervillain.

Everything about Captain Brunge is bushy: his hair, his eyebrows, his moustache. If he ever took his shirt off we’d see his chest looks like a thick-coated poodle. All this is set off by his horn rimmed glasses.

Officer Zumstein-A perpetual rookie cop Zumstein has been assigned to assist Captain Brunge. Innocent in the extreme Zumstein has never made a single arrest because he can’t believe anyone is guilty of anything. He does, however, write excellent reports, albeit ones that are usually about something completely unrelated to the crime.

Tall, skinny, and dark-haired Zumstein is always ready to protect and serve with a smile.

Mayor Geldo-The most honest mayor in the city’s history Geldo cleaned corruption from City Hall, cracked down on lobbying, and opened up all city business to public scrutiny. Under his watch anything that remotely seemed unethical was frowned upon, and accounting errors of as little as a penny resulted in an immediate and thorough audit. He lost his re-election bid in a landslide and now lives in an abandoned warehouse.

Thin and balding Mayor Geldo always walks around with a hangdog look. The occasional generosity of strangers and his hopelessness with technology are the only things preventing him from becoming a supervillain.

I had specific friends in mind for each of these roles. Writing to their strengths was part of the fun. The supervillains Asbestos Man would battle were even more fun to write for because they’d all be played by the same guy. 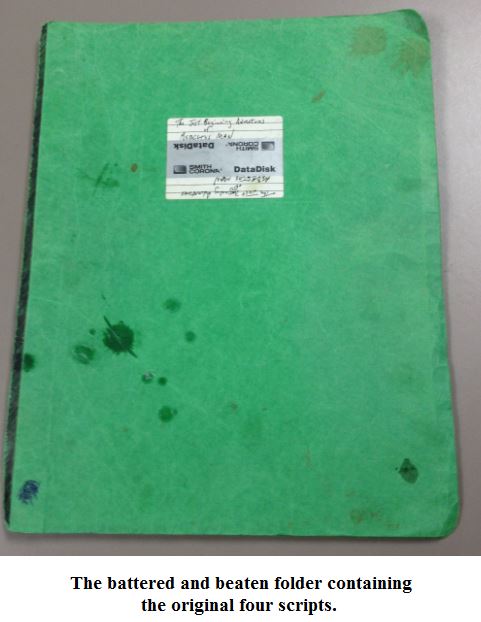