Get The Word Out.

Freethinkers Anonymous > The Weekly Essay > Get The Word Out. 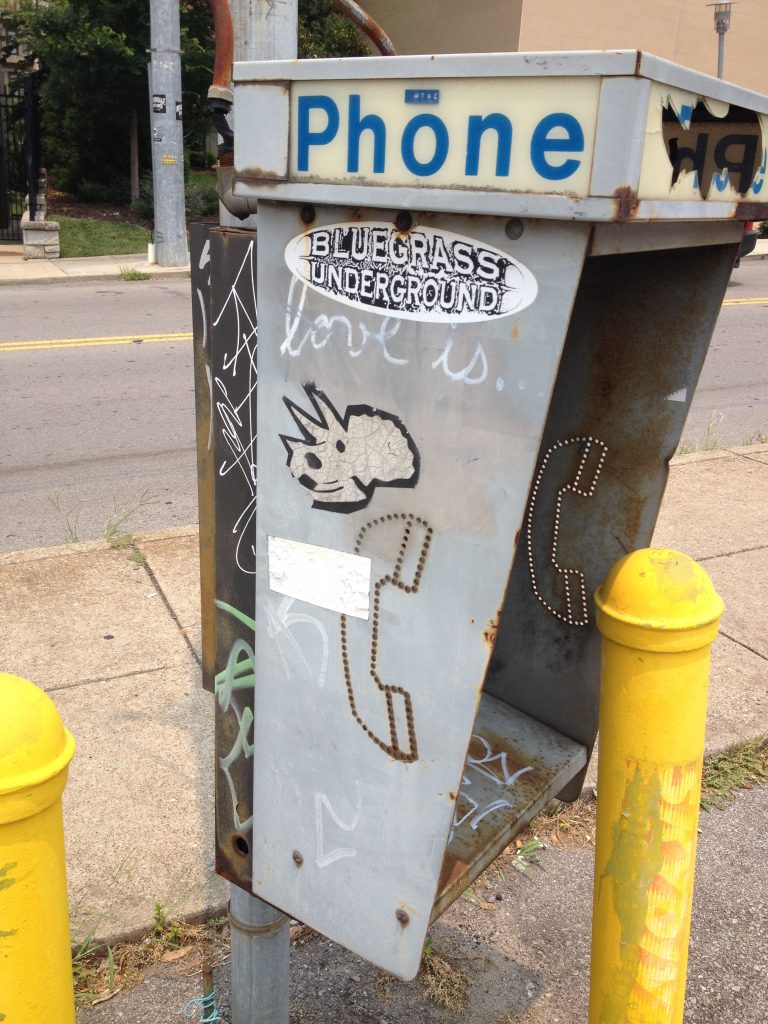 Art is communication. There’s no universal definition of art as far as I can tell, but I think that’s the one absolute. Art communicates something to the viewer whether the artist intended or not. And sometimes there is no artist, but that’s called pareidolia and is an entirely different thing.

Seeing this old pay phone stand made me think of that because it’s become a target for all kinds of graffiti. It used to be a way for people to communicate. Whenever I’m with someone younger and we see an old pay phone I like to tell them, “In my day that’s what we called a cell phone.” And then they look at me funny because “cell phone” is an almost obsolete term now. They’re just phones. Anyway this pay phone stand is still being used to communicate. It’s just a different kind of communication.

In Life Is Elsewhere, Milan Kundera‘s portrait of the artist as a young man, the protagonist cuts the receivers off twenty pay phones, sticks them in a box, and mails them to an artist who’s made him angry. It’s creatively destructive, or destructively creative. He’s sending a message but making it harder for others to communicate. And while we never know for sure chances are the artist doesn’t get the message.

Some people think graffiti is destructive. I look at this old pay phone stand and just see a creative bunch of messages. 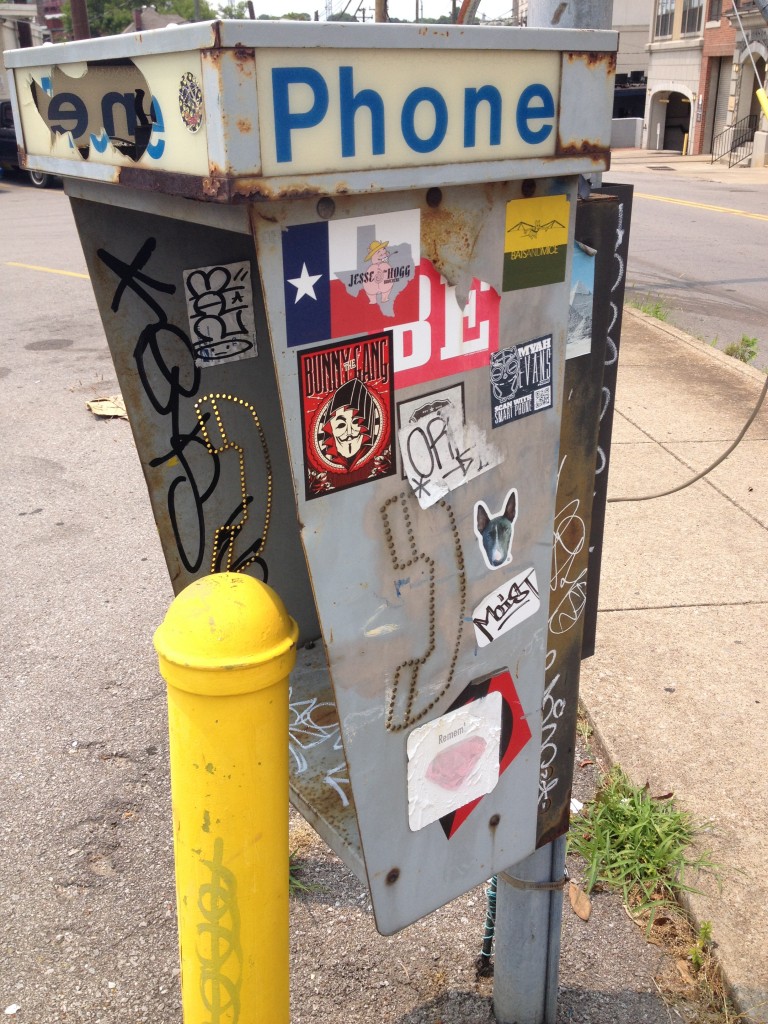 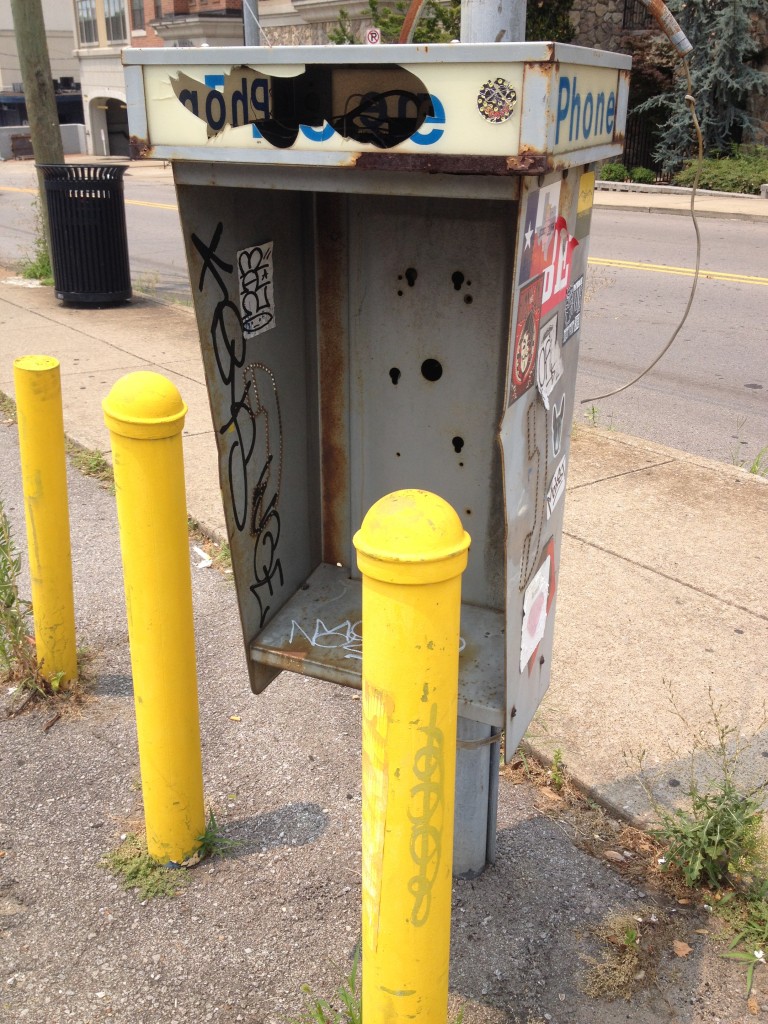