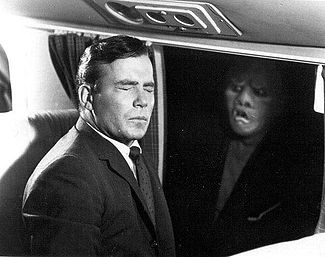 When I was in first grade my class took a field trip to the airport. I don’t remember very much about it except for the planes. We were taken inside some kind of military transport plane which was really uncomfortable because the floor was covered in rollers and there was no place to sit down while some guy in a uniform talked to us about the CRM 114. And then we were taken onto a regular passenger plane and each given a seat. We were supposed to go up for a short flight but one kid’s mother objected so we stayed on the ground. We were each given a Coke, which seemed more dangerous than flying because the week before our teacher had done the science experiment where she put a nail in a Coke and it disappeared, but that’s another story.

In seventh grade my class took a field trip to Washington, D.C. which was exciting because we’d fly there and I had never flown before. It would be my first time on an airplane.

My friend John and I sat down in adjoining seats. It was a bright, sunny day.

“Remember that Twilight Zone episode? The one with John Lithgow. I mean William Shatner. The one with the creature on the wing.”

“There’s a man on the wing!” I yelled. This was even true. There was a guy in a jumpsuit checking the engine.

During the summer John and I would sometimes go to Opryland together and he’d chide me for being afraid to ride the rollercoasters. He’d lecture me about how safe they really were, how much fun it was to feel that rush. It never occurred to me that John would be intimidated by flying. We hadn’t even taken off and he was scared.

I hoped we’d fly through a storm.