Hooked On A Feeling.

Not everybody likes art. Let me back up and rephrase that: not everyone’s interested in art. And that’s okay. Nobody’s interested in everything. I find all kinds of things fascinating—sometimes things I didn’t even think about will interest me, and I’ve gotten drawn into long conversations with people about their hobbies, but even I have things that just can’t hold my attention, as my college economics professor learned, but that’s another story. So not everybody’s interested in art but I think almost all people appreciate having it around. Imagine if hotel rooms, lobbies, or other spaces were just blank. It’d be pretty dull. It might even be unnerving. You might not realize what it is that’s missing, just that there’s something that’s not quite right. Or maybe hotels just hang up pictures to distract you from the bedbugs.

Anyway this is what got me thinking about that: 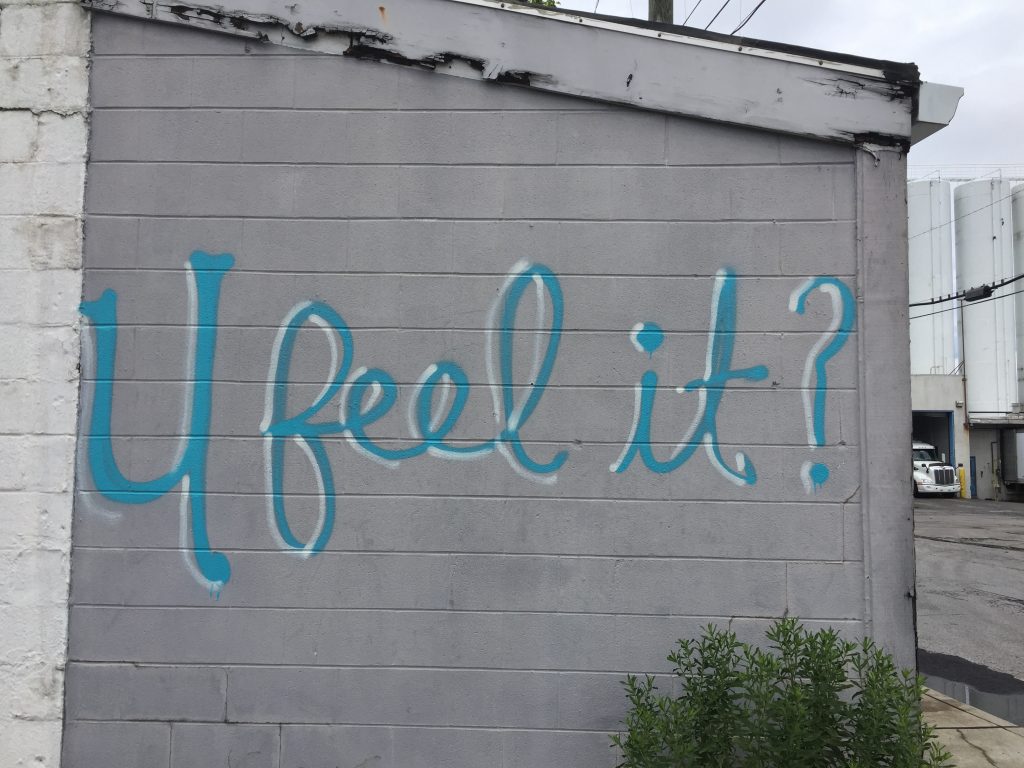 It also got me thinking about when I was younger and had this idea that the way to define “good” art was that it inspired some kind of emotional reaction, and let me add that this was years, maybe even a decade, before I first read Aristotle, although he limited the emotions he thought art should inspire to pity and terror, and I eventually realized that, hey, pretty much all art inspires some kind of emotion. Even if you stand in front of it and say, “Well that sucks” that’s still an emotional reaction, one that might even be strong enough to distract you from the bedbugs.

Here’s a wider view of that graffiti:

That the figure is headless suggests mindlessness, disappearance, invisibility–but it also invites us to put ourselves in the position of the art. Instead of looking at me, it might say, put yourself in my place. What do you see? What do you feel?