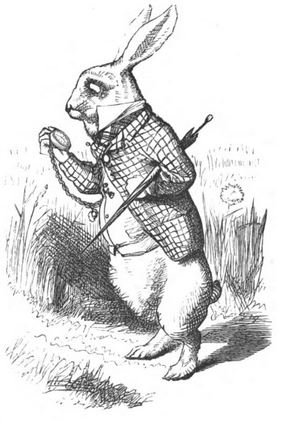 Hey everyone, thanks for coming to the pitch meeting. We’ve been working really hard on this idea for our new ad campaign and this is the TV commercial we’ve come up with: it opens with a woman walking down a dark hallway. There’s no sound except maybe some very light piano music, just one or two notes playing. Then the music swells as the whole hallway erupts into flame and a dragon rises up in front of the woman. She gives it a knowing smirk and holds up her hands and a giant sword appears in them. She takes a few swings at the dragon and it moves its head back and forth. Then the flames die down and the light changes and we see she’s in a classroom surrounded by laughing kids. The “dragon” is one of the kids with a cardboard box that sort of looks like the dragon we just saw. They all laugh together and she run around the tables, then she leads them outside into a big grassy meadow under a sunny sky and points up. And there, up in the sky, is a superhero flying along. We’re thinking Hawkman. It would be a great movie tie-in. Or we could go with somebody people aren’t as familiar with, like 3-D Man. No, really, he’s from the ‘70’s. And he’s riding Wonderbug. Also from the ‘70’s. Yes, it’s a flying, talking Dune Buggy. Driven by an ethnically mixed group of young people. We really think Wonderbug is bound to have a comeback. We’ve even heard rumors there are talks. Anyway there also being followed by the Katzenjammer Kids. Also due for a comeback, we’re sure. Or maybe Oor Wullie. He’s a Scottish comic character. We think he might go international.

Sorry, I’m getting a little off track here.

They fly off over the meadow but the camera pans down to a luxury car parked on top of a hill. We have a celebrity standing next to the car. He—or she, we’re still working out the details there—says something, gets in, and drives off, straight down a long highway that goes through the desert. Maybe some mountains. We’re looking at locations. Maybe we could have the car going straight toward Mount Kilimanjaro. And as it speeds along it goes by a thousand people in red karate gis slicing pieces off crash test dummies with katanas. We really love this part. It’ll look even better on a really big screen.

So then this is where it all transitions to animated. We’re thinking a really synergistic mix of styles here—something like Bauhaus meets Peter Max. And it all sort of swirls together and becomes a giant tornado that then funnels down into a soda bottle and once it all disappears into the paint can the lid miraculously pops back on.

Then the camera starts pulling back, and keeps pulling back. We see the bonfire shrink and then clouds go by and we see the curve of the Earth, then the whole Earth, the Moon goes by, and everything accelerates so fast we see Mars fly by, then Jupiter, then the Sun, and it all zooms out and disappears into the eye of an ant on the ground and the camera pulls back slowly and we see the woman from the classroom with all her kids and they’re looking at the ant and she’s explaining something to them.

So anyway that’s the idea. What do you think?

What’s that Jerry? What’s the product? We’re still working that part out.