And Nothing But The Tooth.

Freethinkers Anonymous > Submitted For Your Approval. > And Nothing But The Tooth. 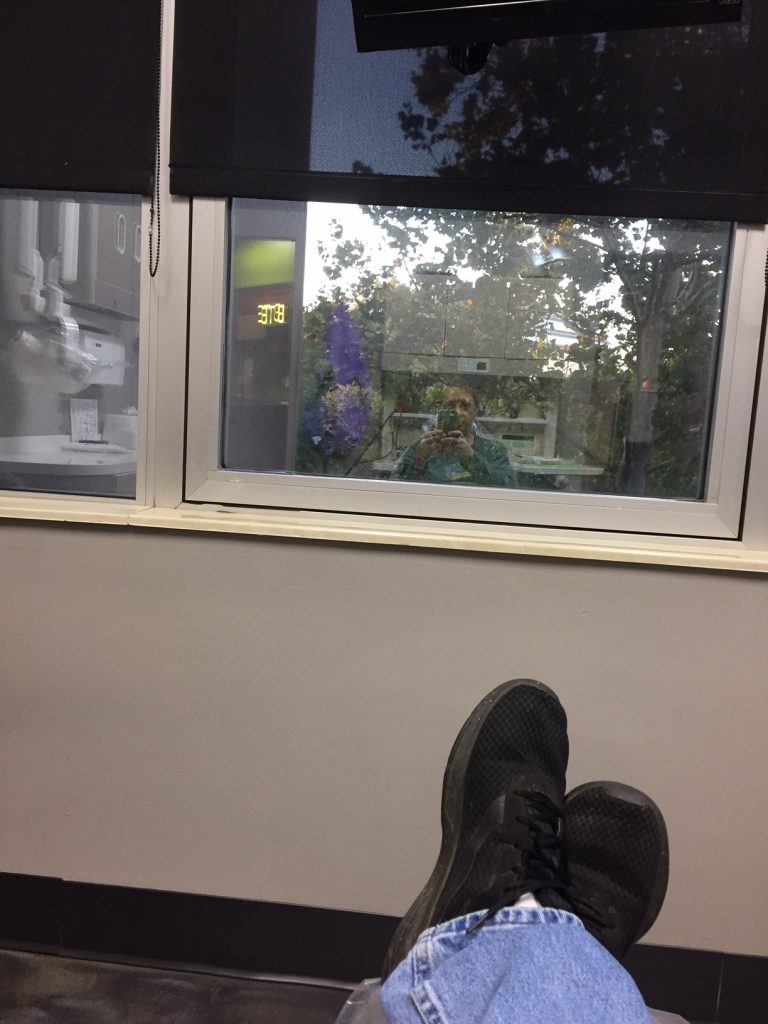 The view from the chair.

So I had a dental appointment—just a routine checkup and cleaning, and I was a little nervous. Well, I’m always nervous when I go to the dentist—I’d rather go almost anywhere else. I usually carry a toothbrush and some toothpaste and some sandpaper with me to the dentist’s office and stop in the bathroom outside and give my teeth a thorough scrubbing in the hopes that the hygienist will look in my mouth and say, “Oh, nothing to do here, you can go,” but so far that’s never happened. And this time I really didn’t want to linger, but they reassured me with their masks and a check of my temperature and even my blood pressure, and I was really hoping they’d say, “So you’re 110 over 55, nothing to do here, you can go,” but that didn’t happen.

I also had a new hygienist which was nice, and I was the first patient of the day—maybe her first patient ever. She told me she’d been staying at home a lot and asked me if I’d been out at all.

“No,” I said, “but the other night I was watching a fight and a hockey game broke out.”

She nodded and told me her boyfriend liked sports too and told me to get in the chair and I muttered, “Wow, tough crowd.”

Then she asked if I had any issues and I said, “I have three or four abscesses, a touch of pyorrhea, nine or ten cavities, I lost my pivot tooth, and I’m in terrible pain!”

And she said she’d call in the dentist and maybe another assistant because it sounded like I had serious problems and I said, “No, no, I’m kidding! Let’s not get any more people than we have to!” and then muttered, “Geez, really tough crowd here.”

Then she told me to open my mouth so she could start the examination and I said, “By the way, I’m sorry but I ate about six handfuls of ghost peppers before I came in.” She said that was okay and that I must really like spicy food.

The examination and cleaning went really well—I didn’t have any problems aside from a slightly bruised ego. When she was done she gave me some advice on brushing and flossing and said, “Really my goal is to have you in here and out again as quickly as possible.”

“Oh yeah,” I said, “that’s what I want too. Heck, if I didn’t need regular checkups I wouldn’t come in at all.”

And as I was leaving I heard her mutter, “Gee, tough crowd.”