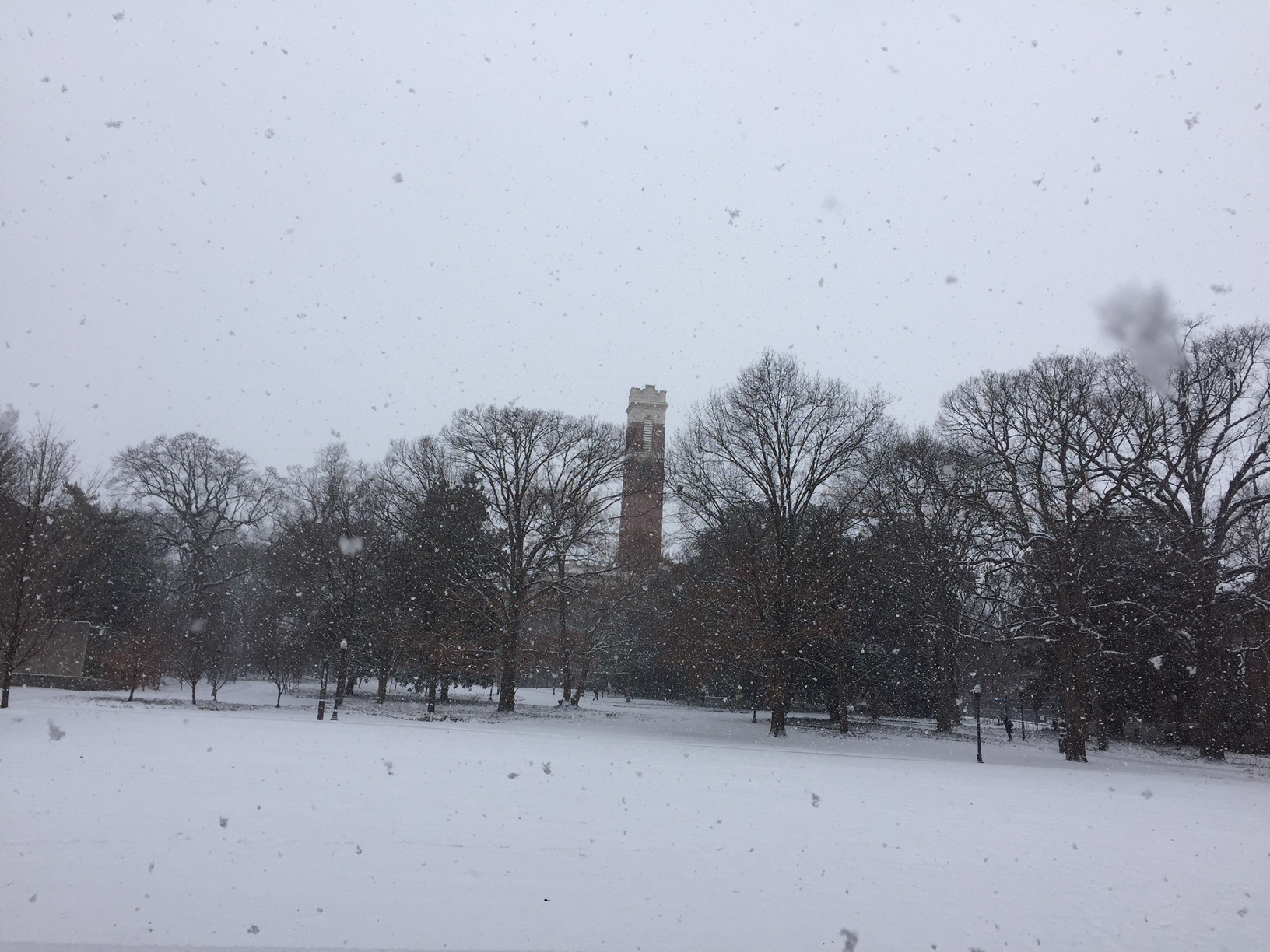 There’s been some talk that because so many kids are learning virtually the snow day would become a thing of the past because of course there has to be one more reason for 2020 to suck. That reminds me of one year when I was in college and we got what seemed like three feet of snow. Evansville is a pretty small town and the University of Evansville has a pretty small campus with everything within easy walking distance of everything else, and most of the professors lived within just a few blocks of campus. In fact that year I was living in a professor’s house with three other students while the professor was overseas, and when he found out we were using his house he was pretty mad, but that’s another story. Anyway we had an easy walk to campus and shared a backyard with another professor. So when we got all the snow I said, “What are they gonna do? Cancel classes?”

They cancelled all classes for three days.

There was also the time I was in my final exam right before Christmas break and it started snowing. Then it turned into a blizzard. I could hear people who’d finished all their exams outside screaming and laughing and having a great time. Snowballs were sailing past the windows  and sometimes hitting the windows, and when I got my exam back after the break the professor had written, “Your answers to the final questions were disappointingly cursory,” because he’d forgotten what it was like to be a kid. Or even a young adult who still took joy in snow. Getting snow right as the break was about to start was almost as bad as getting snow over the break when we were already out of school.

Growing up in Tennessee of course  school days were a rare treat because we rarely get snow, which is why pretty much any sign of it would shut down school, and sometimes when we were sitting in class all being very quiet some jerk in the back would get a laugh by yelling, “It’s snowing!” and we’d all turn around and look before we remembered it was May.

I think it’s pretty cool that in West Virginia a school superintendent declared a snow day for kids doing virtual learning, telling them, “go build a snowman”. And some school districts in other parts of the country are leaving open the possibility of snow days. It’s good to know there are still adults who remember what it was like to be a kid, or who just take joy in the snow, and for the kids who aren’t getting snow days, well, they should be forgiven if their final exam answers are disappointingly cursory.