Freethinkers Anonymous > Submitted For Your Approval. > “Come on, ya pansy!” 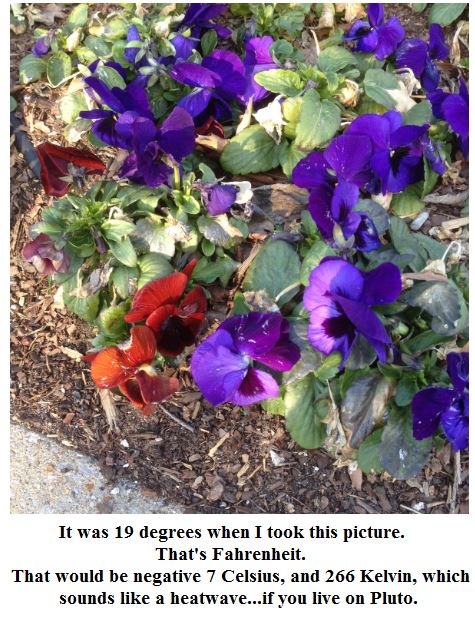 Pansies are tender, delicate flowers that must be treated with the utmost care. That’s why it’s an insult to call someone a “pansy”, right? And yet pansies are the only flowers I see that thrive in the winter. They seem to love the cold.

Weird fact: the name “pansy” derives from the same French root as “pensive”. I have no idea why because pansies always seem pretty relaxed, especially when the rest of us are freezing. At one time pansies were called “heartsease”. It was probably changed because that sounds too much like “heart seize”, and

nomenclature is very important in the flower world. Nobody wants to grow something that could be mistaken for coronary thrombosis.

The Oxford English Dictionary says another definition for “pansy” is “A male homosexual; an effeminate man; a weakling.” That’s supposed to be an insult. Calling someone a flower that thrives in bitter cold that kills most other plants sounds like a compliment to me.

All those who recognized the title as a line spoken by the Black Knight in Monty Python & The Holy Grail ask yourself: which would you rather be? 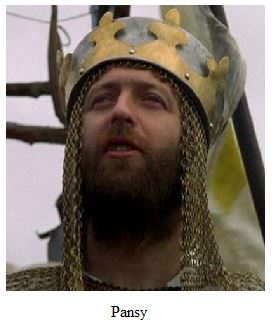