I Don’t Want A New Drug.

Fun With Cancer, The Weekly Essay

My blood pressure spiked at 639 over 225. Or something like that. It’s been high ever since my surgery in December. It seemed natural for it to be high after a procedure that involved slicing me open from my nipples to my navel and pushing everything aside so they could yank out some lymph nodes that, in the end, had a few teratomas which are a benign kind of tumor that can turn into anything like skin, teeth, or eyes. I would have been okay with that, since they could keep watch on what was going on down there, but the doctors didn’t think it was such a good idea. They don’t think my consistently high blood pressure is such a good thing either. I talked to my primary care physician, or PCP, who thought it might be from the surgery. He thought an artery going into one of my kidneys may have been kinked. Because the kidney wouldn’t get enough blood it would think the whole body wasn’t getting enough blood and would produce a hormone to raise the blood pressure. The kidneys also filter your blood and produce urine, and are the site of the adrenal glands which produce the fight-or-flight response when we’re in trouble, all things that seem completely unrelated, and yet no one can explain to me while growing an eye next to my liver would be a bad thing, but that’s another story. My PCP prescribed a drug that would lower my blood pressure. To deal with my hot flashes he’d also previously prescribed a daily testosterone medication. At this point I’m beginning to think I should stop calling him my PCP and just call him my dealer. Maybe I’ll do that the next time I’m sitting in the exam room listening to The Eagles song Journey of the Sorcerer on an endless loop on the office intercom.

“The problem with your artery can probably be fixed non-surgically,” he told me.

“How would they do that?” I imagined some guy punching me in the back until my artery was straightened out.

“They’ll make an incision in your leg and use a probe to place a stent in the artery.”

I’m not a medical professional but any time the phrase “make an incision” is used that’s surgery. I told him this and he agreed, but went on to say it would be very minor surgery.

“They’ll just give you a local. You’ll probably be awake through the whole thing.”

“Maybe not,” I said. “The last time they gave me a local I went out like a light.”

I’ve got the greatest doctor in the world. 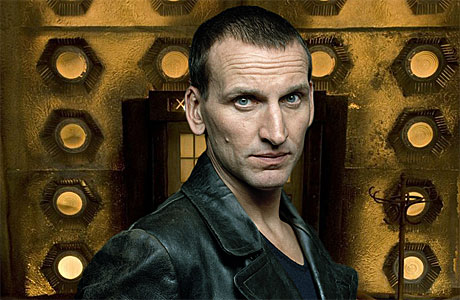 The greatest Doctor not of this world.

After I met with my PCP I was referred to a very smart cardiologist who told me she didn’t think it was a problem with the artery, which was a huge relief. If I can skip the surgery, no matter how minor it is, that’s a good thing. When she told me it might be a part of my kidney dying that didn’t sound so good, but she said, “It’s not quite dead,” in a Pythonesque voice, and that reassured me that I was dealing with a professional with priorities. If it didn’t bother her that a small part of my kidney was on its way to join the bloody choir invisible I wasn’t going to let it bother me, especially since the goal is to get my blood pressure down.

To that end, though, she prescribed another drug. And then she had some tests run and noticed that my thyroid was low, so

she prescribed a drug for that too.

For three months last summer I had a killer cocktail pumped through my body, and on top of that I had regular doses of pills. I was

prescribed anti-anxiety meds, pain pills, pills for nausea, pills to make me piss like a racehorse, an array of blitzers, tinglers, zippers, and baby aspirin. Most of these I didn’t take more than a couple of times because I didn’t need them, and the ones I did need I weaned myself off of as soon as I could. Drugs just aren’t my thing. It’s not that I’m afraid of addiction—I’m not. I can’t even remember to take a multivitamin regularly. I’m too lazy to be an addict. Think about it: addicts are the hardest working people in the world. They have to be because nothing will stand between them and their next fix. Eventually for most it’s not even pursuit of the high that drives them; it’s the need to feel normal. And deep down I think that’s what worries me. I don’t want to be tethered to something, especially a drug. It feels so limiting. What if I get stranded on a desert island? Yes I’ll have bigger things to worry about, and maybe eating coconuts and fish all day will naturally level out my blood pressure and thyroid. And if I look at it one way it depresses me to think I’ll probably be taking some of these drugs for the rest of my life, but looked at another way the phrase “the rest of my life” has taken on a whole new meaning over the past year. A life of popping pills is better than no life at all.

And then I realized I already am an addict, and have been for a long time. I start every morning with a cold coffee with milk. I didn’t realize how important that was until my wife and I were staying in a hotel and I started a couple of mornings with a Coke instead. I was getting the caffeine, but it just wasn’t quite right. The third morning I went to the hotel coffee shop and ordered a gargantua triple cappuccino over ice.

“Is that for here or to go?” the woman asked as she frothed the milk.

“Just pour it in an IV bag and stick a needle in my arm.”

Try getting that on a desert island.