I Was A Fan When He Was Bing Hitler.

Freethinkers Anonymous > Happy Birthday. > I Was A Fan When He Was Bing Hitler. 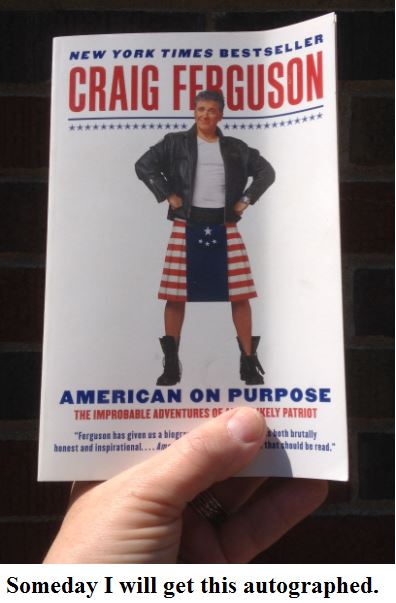 He had me at “Shut up!” I was sixteen, spending the night at a friends’ house, and we were watching the Montreal Just For Laughs Festival being broadcast on HBO. Several comedians cracked us up, but the one who really got my attention was Bing Hitler. It was like nothing I’d ever heard before. He was aggressive and made loony jokes about worms, bees, wasps. I had no way to find out anything more about this guy but it didn’t matter. I was a fan for life.

Five years later a friend who’d been brought up in England played me a tape of  a couple of stand-up routines by this guy named Craig Ferguson. He did a whole bit about two Scottish families on Family Fortunes (Britain’s version of Family Feud) that had me in tears. I didn’t know anything else about him but I was a fan for life.

It never occurred to me to wonder why they sounded similar until I heard Ferguson asked about his original stage name Bing Hitler in an interview.

When he took over The Late Late Show he gained a whole new group of fans, but I get a special feeling knowing I was there almost from the beginning.