Freethinkers Anonymous > Submitted For Your Approval. > Unfortunately He Asked.

Recently a friend told me he was looking for t-shirts that would make people “smile, or perhaps want to start up a conversation.” I like wearing unusual t-shirts, and in my experience people seem to be too shy to comment on them. Or sometimes I’ve been in a conversation for several minutes only to have the other person say, “Oh, hey, I just noticed what your shirt says.”

There are numerous places on the web where you can design your own t-shirt, and I started thinking about possibilities for my friend. Playing around on Customink here are a few I came up with: 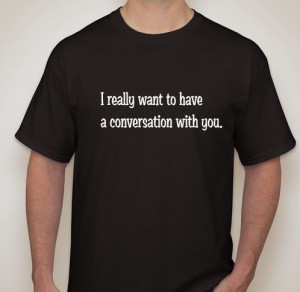 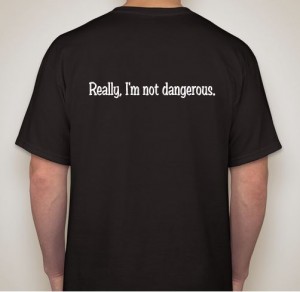 This one seemed misleading and more than slightly inappropriate, but would get the job done: 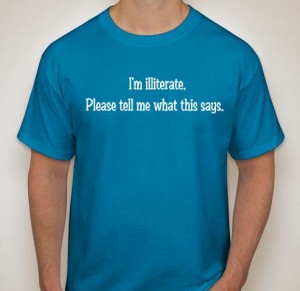 I call this one The Reverse Travis Bickle. 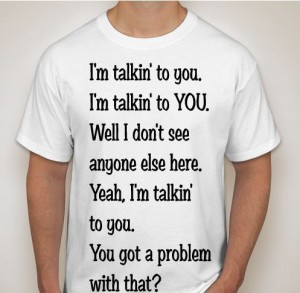 The one t-shirt of mine that does seem to get comments is my Lemony Snicket t-shirt that was given out as part of a promotion for volume 11 of A Series of Unfortunate Events, The Grim Grotto. The problem is most people don’t get it.

“What am I supposed to watch out for?” is the question I usually get. And they don’t get it if they see me walking away either. 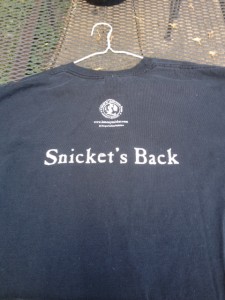 They’re very funny, fun books, but for some reason when I tell people it’s a book their eyes glaze over and I can tell they think they’ve started a conversation with the wrong person.