Some of the world’s oldest examples of graffiti are carved in stone. There are ancient Egyptian monuments that have been partially defaced because some ancient-but-not-as-ancient Greek guy chiseled “Stavros was here” into them. I think about that every time I see someone’s name or something scrawled in concrete even though that doesn’t require a chisel, and concrete was largely, though not exclusively, used by the Romans.

Also writing in concrete requires being at just the right place at the right time.

What’s surprising is how quickly concrete wears down. It seems like it would be a more long-lasting form of graffiti, but, looking down, I found that in places with heavy foot traffic examples of it disappeared pretty quickly. Still there are some places where it lasts. Here, for instance, is a bit next to Nashville’s own Exit/In: 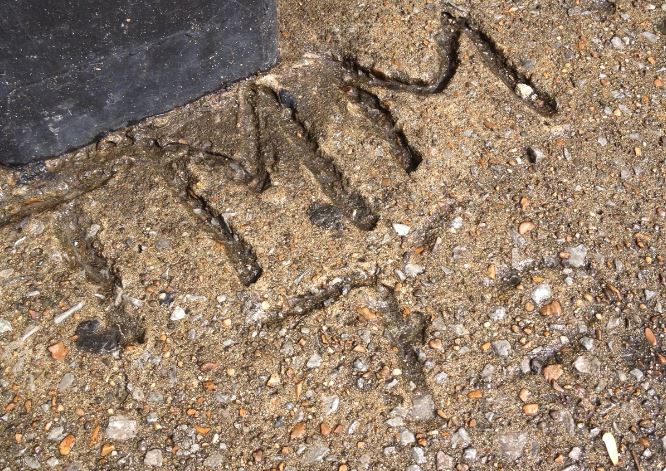 I found this just a few blocks away. I think it’s more recent and already shows signs of wear: 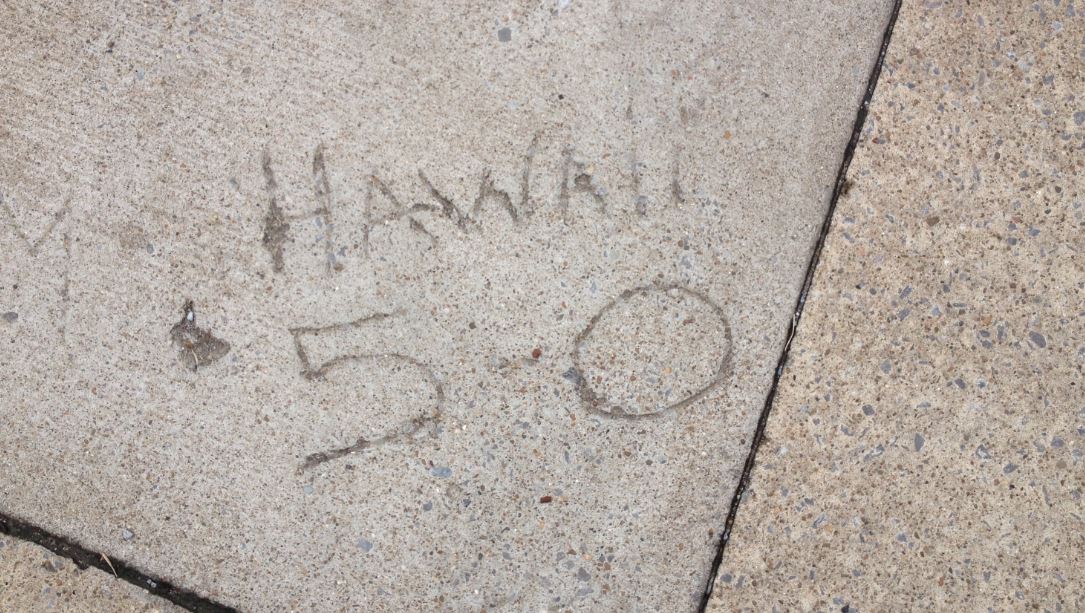 And then there’s this that directs people to The Red Door Saloon, a funky little dive near Music Row.