All The World’s A Stage.

Freethinkers Anonymous > Ramble With Me. > All The World’s A Stage.

Every year the Nashville Shakespeare Festival puts on a production in Centennial Park. If you look at their production history you can see they’ve mostly done comedies, but sometimes you have to have a little tragedy with your comedy, and, let’s face it, there’s only so many times they can do A Midsummer Night’s Dream before people get tired of it. This year they’re doing Henry V. They’re giving it a U.S. Civil War theme, which seems timely given recent events and the fact that this year marks the 150th anniversary of the war’s end.

That also reminds me of a British production of MacBeth I once saw where the costume designer and director obviously hadn’t done their history homework and didn’t realize the guys in the gray uniforms and the guys in the blue uniforms were on opposite sides, but that’s another story.

The plays are always great, but what I really love is going to the set during my lunch break and looking at the set. I love getting behind the scenes and imagining how it will all look when the sun goes down and the lights come up.

A detail most of the audience might miss: they’ve covered the stage with mulch. 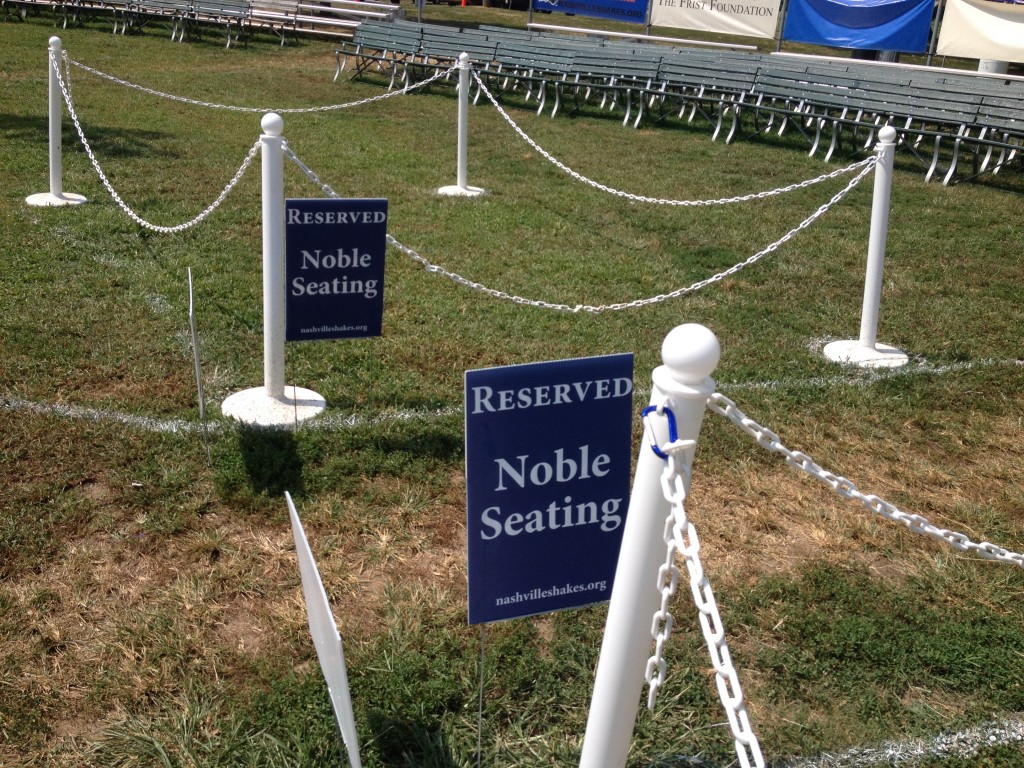 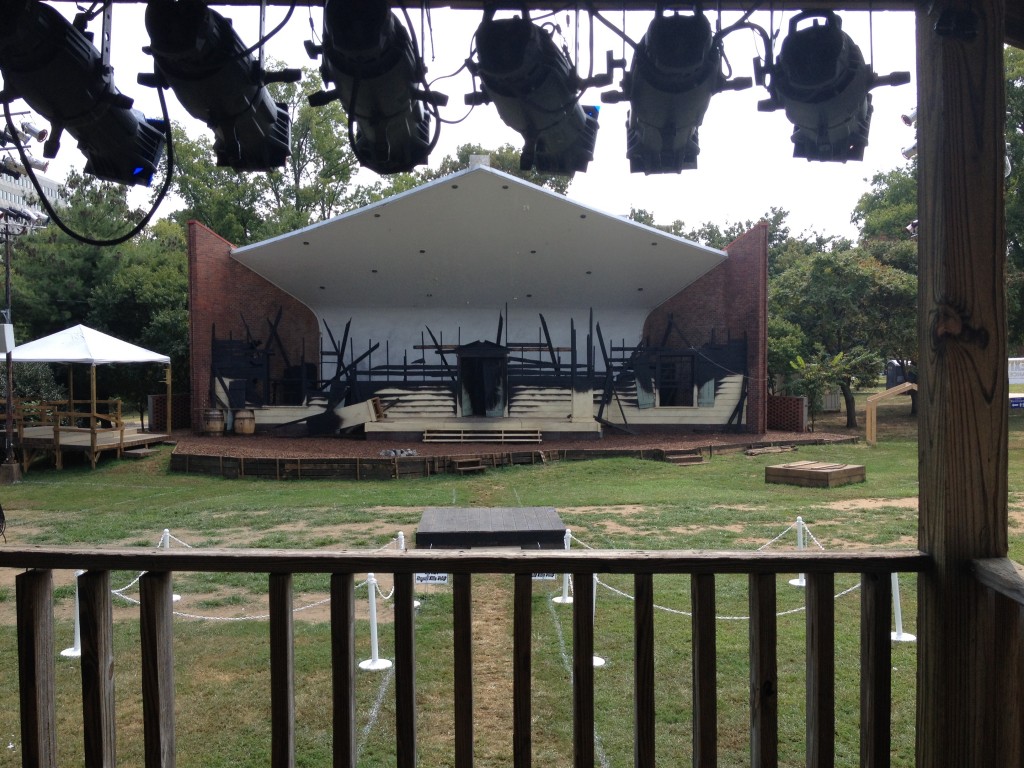 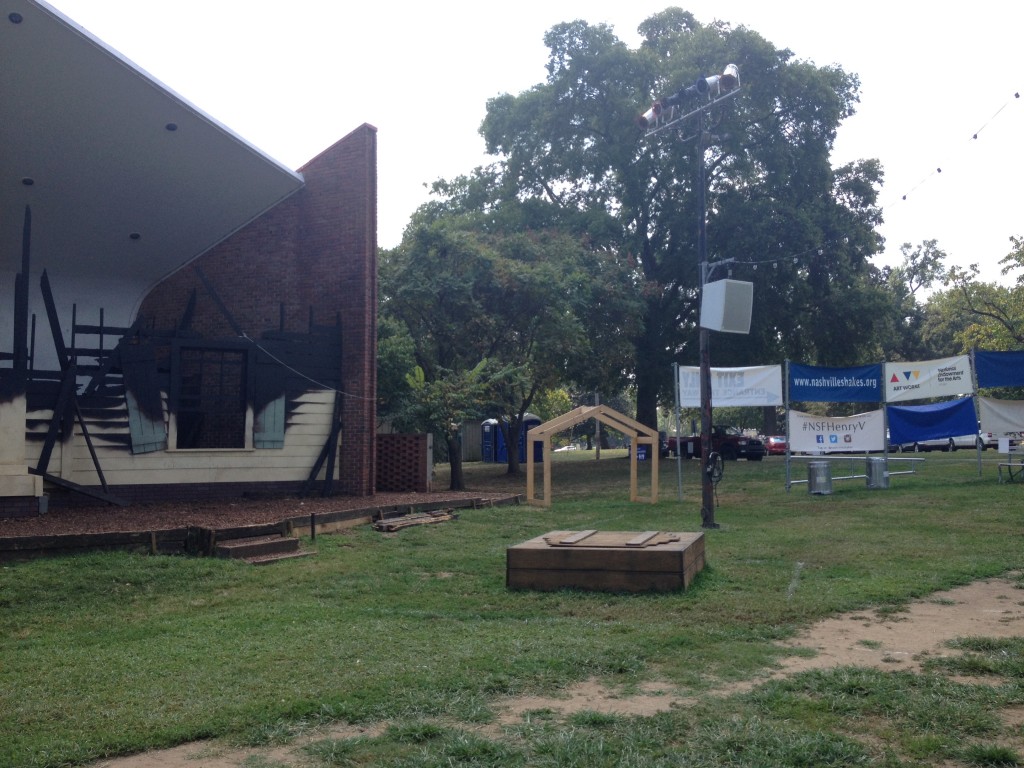 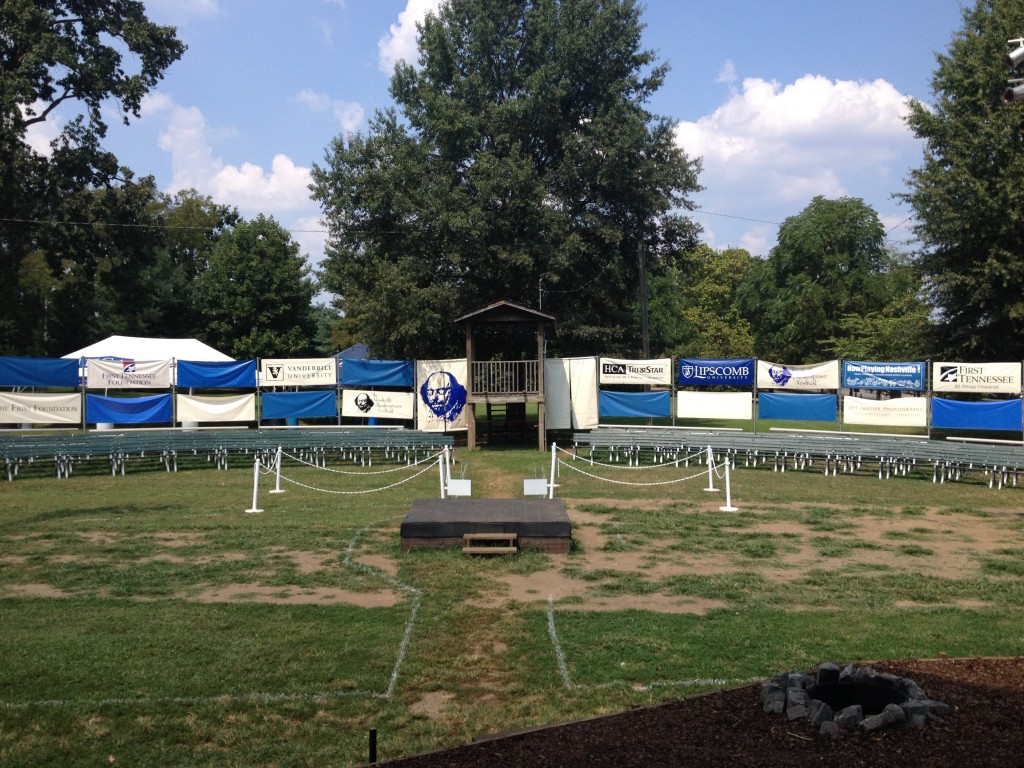 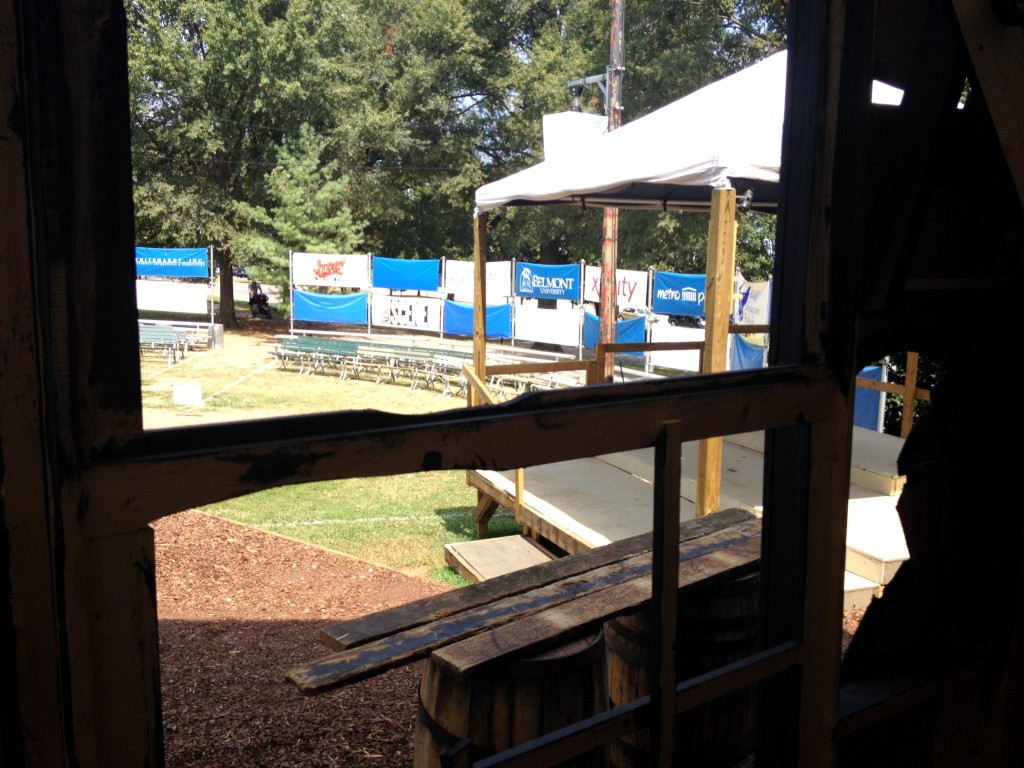 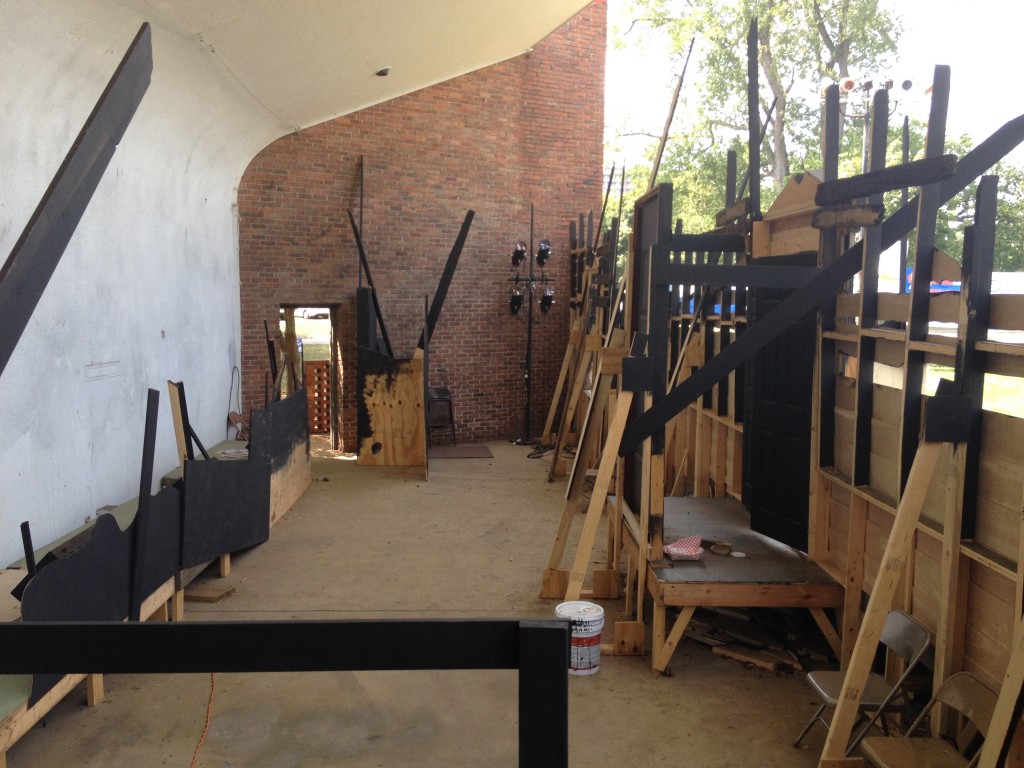 Here are a couple of pictures from previous productions. 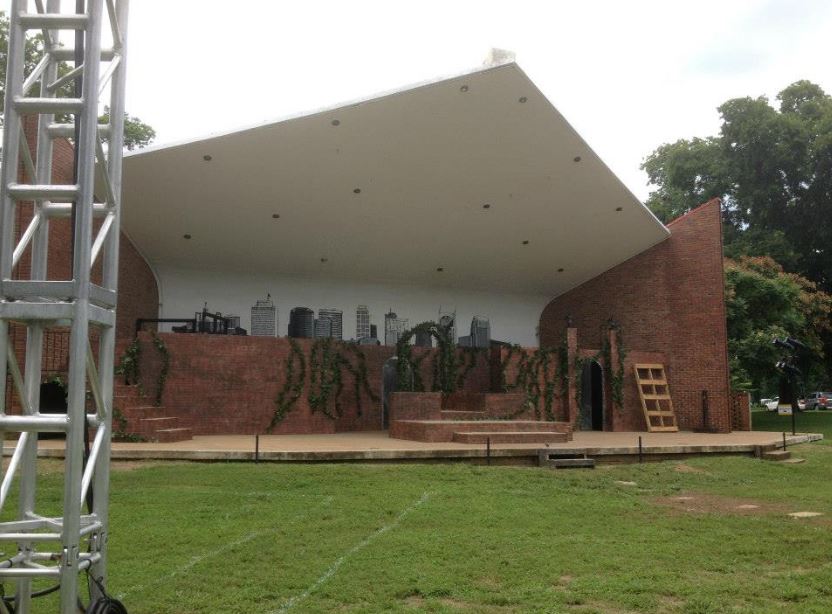