Out, About, And Read All Over.

Freethinkers Anonymous > Adventures In Busing. > Out, About, And Read All Over. 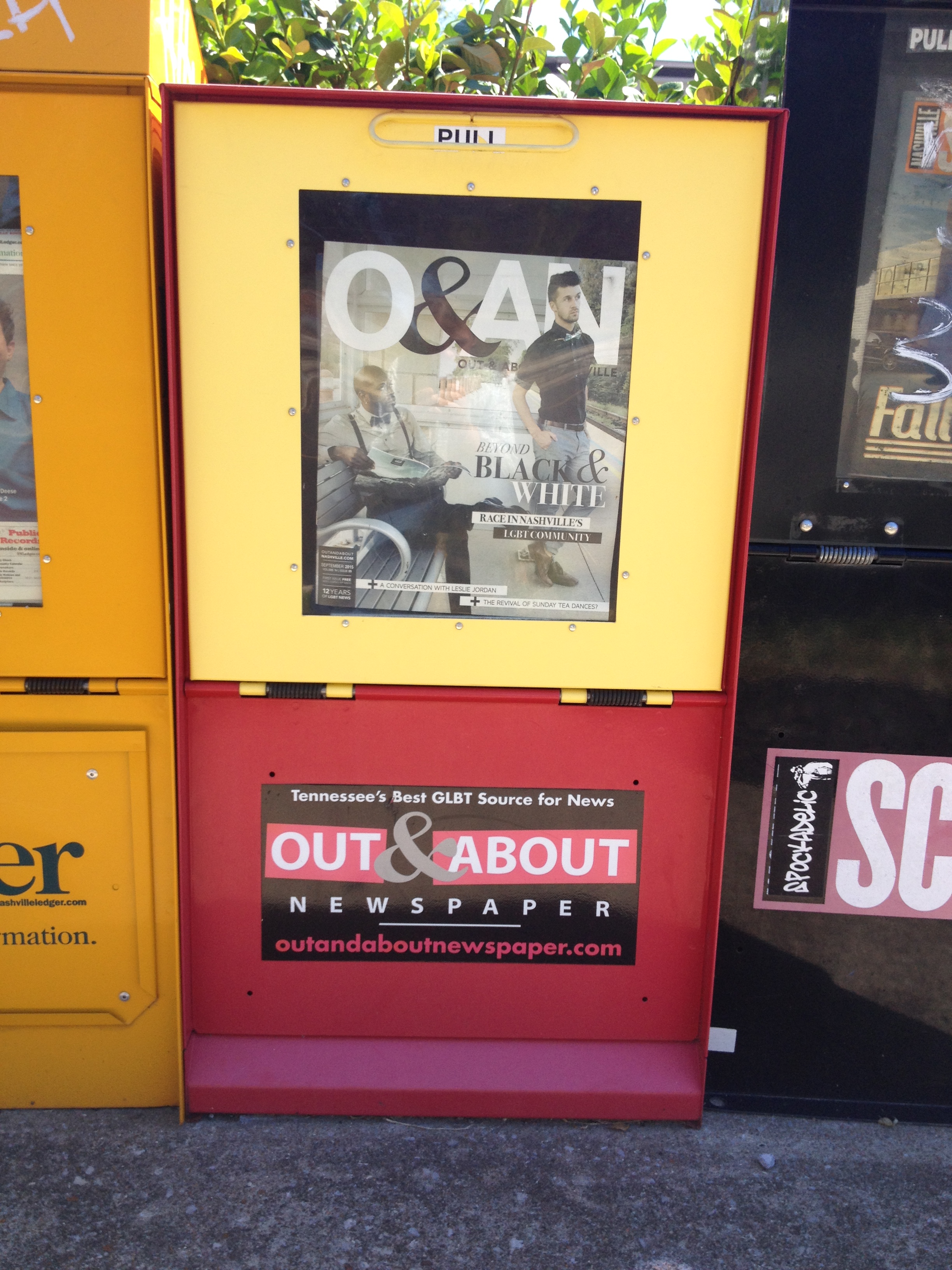 One of the great things about riding the bus is I can read. That’s hard to do while driving. Sometimes if I’m really into a book I take it to work with me so I can hopefully get through a chapter or two on the bus. I know one of the advantages of e-books is you can be discreet about what you’re reading, but I always kind of hope someone will get a glimpse of a cover and ask me about my book in hand. Once I commented on what a fellow rider was reading–something about World War II–and we had a fun debate about whether the Battle of Britain was a major turning point in the war or a minor skirmish.

If I don’t have a book I can buy a copy of The Contributor, a local newspaper that’s written and sold by homeless people. Or I can pick up one of about a half dozen free magazines that are published locally. One of those is Out & About.

One day I happened to mention something I’d read in an O&A article to a friend who happens to be gay. He raises his eyebrows. “You were reading Out & About? Are you trying to tell me something?”

Yeah, I was trying to tell him I really enjoyed an interview with Lily Tomlin and thought he might find it interesting too.

Sometimes I can be incredibly oblivious, but I’m aware that O&A is mostly written by and for LGBT people, but that doesn’t mean only LGBT people read it. I have friends who are gay, lesbian, bisexual, and transgender. What affects them and what concerns them affects me and concerns me–even if it doesn’t always affect me as directly as it affects them, although in retrospect that Lily Tomlin interview was a lot more interesting to me than it was to my friend.

Sometimes too in spite of my obliviousness I’m aware that the fact that I’m reading O&A might make some people on the bus suspicious. I don’t want to stereotype bus riders, but I understand that LGBT people live with a constant threat of violence or even just intimidation. In a lot of ways things are getting better. I’ve seen family members and friends be able to marry–to have their marriages legally recognized, which some of them thought would never happen. But things are far from where they should be. Violence against transgender people has risen in 2015, and aside from violence LGBT people still face discrimination, sometimes overtly, sometimes subtly. There have been at least two cases of copies of the print edition of O&A being stolen by people who didn’t like its focus, one as recently as this year. Just reading O&A on the bus could prompt someone to harass or even harm me.

I refuse to let it stop me from reading what I want to read. That’s all I’m trying to tell you.

And in case you’re wondering I think the Battle of Britain was a major turning point in World War II.