Freethinkers Anonymous > Ramble With Me. > Leave The Ladybugs Alone.

When I was four my parents moved into a new house. That same year they planted a maple tree in the front yard. A few years later I’d come home from school on fall afternoon to find the maple tree covered with ladybugs. Or ladybirds if you’re in Britain, although that name never made sense to me because they’re not birds. They’re not really ladies either, or at least not all of them are. 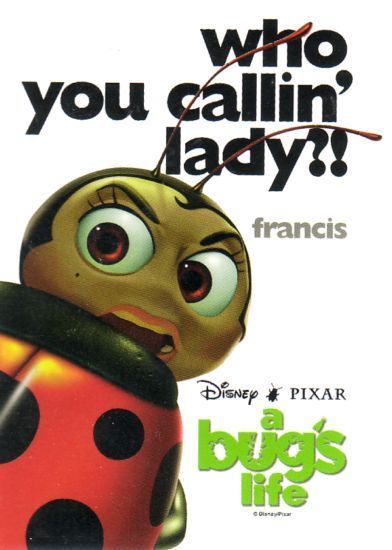 I thought about all this when I spotted a little colony of ladybugs on my way to work. Here are some pictures.

What’s fascinating is seeing almost their entire life cycle. Before I found that cluster on the tree I’d seen ladybug larvae lots of times without ever recognizing them for what they were and I’d seen their chrysalises chrysilae chrysalides I’d seen them in their pupal stage. The larvae attach their hind end to something and form a chrysalis and what’s hilarious is you can touch the chrysalis and it’ll bounce up and down like it’s yelling “Hey! Leave me alone!” And in fact that’s exactly what it’s doing.

It occurs to me that insects have a great advantage: they’re sealed inside a protective shell throughout puberty. I feel a little bit of envy over that. I know there were times when I wished I could be sealed in a protective shell until puberty was over and anybody who’s ever had or been around teenagers has wished for the same thing, but that’s another story.

Every time I see ladybugs I think of the nursery rhyme my mother taught me. She also played Peter, Paul, & Mary’s It’s Raining that includes this version of it:

Your house is on fire and your children they will burn.

According to Wikipedia this rhyme may come from a belief that “it was unlucky to kill a ladybird, and that the verse would make them fly off”. So it’s unlucky to kill one but tormenting it with the idea that its house is in flames and its children will be charred embers by the time it gets there is perfectly fine. That’s why I could never bring myself to say that to ladybugs, although I did get a kick out of Roald Dahl’s James And The Giant Peach when the Ladybug marries the head of the New York Fire Department.

And when I found other types of beetles I did sing them a little song that went “Hummer hummer, little drummer, don’t you know/They’ll kick you out and replace you with Ringo.”

I haven’t been by my parents’ old house in a long time but thanks to Google I can find pictures of it. I thought it would make me feel old since it’s been close to a quarter of a century since I moved out, but the tree hasn’t grown all that much. Maybe it still occasionally gets covered with ladybugs in the fall.