The Doctor Is In.

Freethinkers Anonymous > Happy Birthday. > The Doctor Is In. 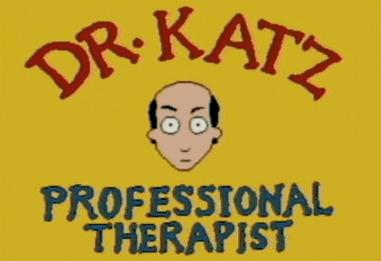 I’m highlighting a number of birthdays this month partly because there are a lot of people I think deserve it but also because I have a December birthday. I know how easily it can get missed in the holidays but my mother always made sure my birthday was treated as a separate event.

There’s an old saying that the only difference between therapy and stand-up comedy is in therapy you pay someone to listen to your problems while people pay to listen to stand-up comedians talk about their problems. And it’s true too, at least in my experience. Once with a therapist I started making jokes about my fear of doctors and it turned into a whole twenty-minute bit. I finally said, “Could I get a copy of your notes?” She said, “I don’t think you should share this with anyone.” I asked why. “Is it because of privacy concerns?” She said, “No, because it’s not funny.”

Anyway it’s Jonathan Katz’s birthday, best known for the hilarious series Dr. Katz Professional Therapist. A lot of the comedians and actors who serve as his patients are funny but as I rewatched the show the running gag of his dysfunctional relationship with his son Ben (voiced by H. Jon Benjamin) and his office assistant Laura (Laura Silverman) became my favorite part. I also just loved Katz’s obvious love of old corny jokes.

Feel free to use the therapist joke Mr. Katz. Consider it a gift.

Update: The amazing Ann Koplow of The Year(s) Of Living Non-Judgmentally met Jonathan Katz and wrote about it in a post. And she was lucky enough to take a class with Ron Lynch who appeared in two episodes (one here and one here).

Here’s one of my favorite episodes.