Fun With Cancer, The Weekly Essay 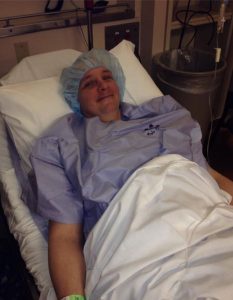 Recently I passed another milestone. It’s now been a year since my big surgery, the retroperitoneal lymph node dissection. In plain English they sliced me open from my nipples to my navel and removed all the lymph nodes from my midsection. When I was told I’d have to have the surgery I was devastated. I stupidly thought chemo would be the end of my treatment, that the scans would give me the all-clear and my life would return to normal. And at that point my life was returning to normal. The big surgery felt like a setback. It would mean more weeks of recovery. I hadn’t been able to swim since I’d been diagnosed and I was itching to get back in the water. Not literally itching because that might mean I had some kind of skin condition and shouldn’t be allowed in a pool used by other people but psychologically itching. The big surgery meant I’d have to forget swimming for at least a few more months.

Swimming for me isn’t just good exercise. Actually for me I’m not sure it is good exercise because I’m kind of a clumsy swimmer, but it burns some calories and works the major muscle groups. It’s very mentally liberating being suspended in water. At the pool I go to regularly I start every lap in the shallow end then as I swim across the pool it gets deeper and deeper. When I turn to go back I like to dive down, completely submerging my body. I like to go as deep as I can, all the way to the bottom. I sometimes wonder if this freaks out the lifeguards. Or maybe they don’t notice. Well, I hope they notice, but maybe they realize that as long as I’m down there doing the breast stroke everything’s okay. I admire lifeguards. It’s one of those jobs where a good day is one where absolutely nothing happens, so I admire their ability to sit in one place and do nothing for a really long time and not fall asleep. And it’s mostly adults at the pool so we aren’t subject to the mandatory ten minute rest period every hour the kids get. When I was a kid and went to the pool almost every summer day I hated that rest period. That ten minutes always seemed interminable and it never occurred to me that it was a rest period for the lifeguards too, and that for them ten minutes was barely enough time to smoke a couple of cigarettes and maybe have a beer, but that’s another story.

When I’m deep under the water it’s very peaceful. It’s as though all the problems of the world disappear into the silence of the depths and I’m alone to contemplate big questions. Do we have a purpose in the universe? Can we survive as a species? If you swim hard enough do you sweat in the water? How can I keep my goggles from fogging? Is that a hairball?

At least that’s what I could do before the chemo and surgeries. When I first got back in the water I noticed I couldn’t swim as many laps. And I expected that. I was out of shape. The whole experience had been physically draining and emotionally it wasn’t easy either. There were a lot of times when I could have exercised that I spent lying around, times when I just felt so down I wouldn’t even have wanted to swim if I could, times I didn’t even want to get up and walk. There were times when the flesh was willing but the spirit was weak, and then the flesh got weak. So once I started swimming again I knew I had some catching up to do. And after a few months I could see the improvement, but I still couldn’t dive like I used to. I couldn’t stay under long enough to touch the bottom of the deep end.

Chemo left me with lung damage. That was one of the trade-offs: I could either get rid of the cancer and have lung damage or, well, eventually the cancer would probably have spread to my lungs as well, but at least with chemo I’d have lung damage and still be alive. I just accepted that the depths would forever be off limits to me. It was hard to accept that I’d be stuck almost at the surface for the rest of my life, but at least I was still swimming.

In some ways my recovery has been so gradual I really haven’t even noticed it. After all I’ve been through I should be a lot more conscious of my body, but I’ve been so determined to focus on what’s wrong that sometimes I don’t even notice what’s right. Some things take me by surprise. About a month ago I had reached the wall of the deep end of the pool, turned, dove, and realized I was descending. I kicked, went about halfway down, then turned and came back up. I breached like a humpback whale and took a deep breath which I’m almost positive freaked out the lifeguards but then kept swimming so they could relax and continue doing nothing. I started pushing myself, spirit and flesh working in tandem. And a few days ago I did it. At the deepest point in the pool, the ten-foot mark, I planted my left foot flat on the bottom. I’m five foot six inches on a good day so that meant there was a four and a half foot column of water over me. Then I pushed off gently and glided back to the surface.

Cancer has changed me permanently but not every change is permanent. It’s taken time but I realize that some of the things it took from me can be taken back. 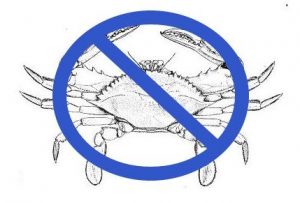