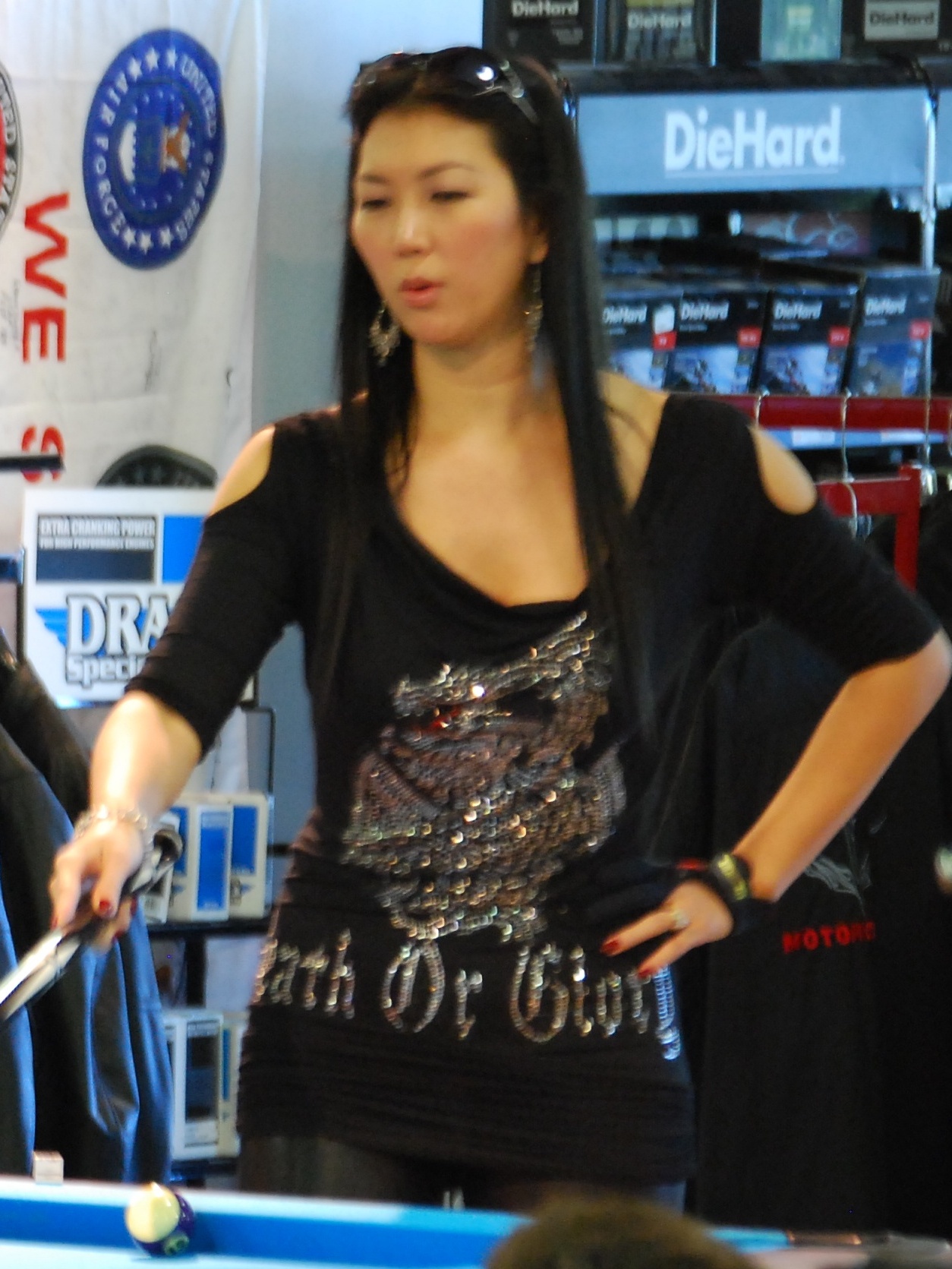 I love billiards. In college when I played almost daily the game was usually 8-ball, but I really don’t care if it’s 9-ball, straight pool, or snooker. And once in a while a sports channel will run a marathon of billiards matches. My wife jokes the only reason I like it is because of the women players. I point out that I’m watching the guys too, although the nice thing about billiards is it’s one of the few sports where the women get at least as much respect as the men.

One of those players in Jeanette Lee, whose birthday is today.

Lee started playing pool at the age of eighteen, which is a little unusual in the world of billiards. Most players have parents who played or owned tables and picked up a cue almost as soon as they could walk. But being a late bloomer didn’t stop Lee from turning professional just three years later and racking up an impressive list of titles. She’s also a regular commentator on those all-too-rare occasions when one of the sports networks broadcasts a billiards match–usually one of the US nine-ball championships. And every issue of Billiards Digest has her “Dear Jeanette” column where she answers pool-related questions.

She was also diagnosed with scoliosis at the age of thirteen and underwent multiple painful surgeries but would continue to suffer severe pain throughout her career. And she still supports and promotes the Scoliosis Research Society, has been the National Spokesperson for The Scoliosis Association, and also works for the Women’s Sports Foundation.

Well, they are very attractive spiders.