Technically this isn’t graffiti but it is the sort of thing that leaves me wondering what the difference is between graffiti and, well, this sort of thing, which I’m pretty sure is a commissioned mural. At first I thought it was to mark a parking space for someone who’s a little too much of a fan of the Tennessee Titans, but it’s on the side of the Corner Bar on Elliston Place. This particular stretch is heavily graffitied—in fact I’d guess at least a third of the graffiti I’ve featured has come from around just one block of Elliston Place, and it was partly the inspiration for starting this whole series of graffiti-themed posts in the first place.

Anyway I’m including it because it does at least seem to be done in the style of graffiti and the artist may have started by doing graffiti. There is precedent for this. Some graffiti artists get hired to do “legitimate” work because somebody saw their tag and liked the look of it. But as the old saying goes the one who picks the piper calls the tune, but probably the piper was picked because their playing was preferred. And if you have a bunch and they’re all drunk then you have your pick of pickled pipers, but that’s another story.

What piques my interest here is that, as I said, whoever commissioned the painting is obviously a big fan of the Tennessee Titans. And that’s okay, although I’m not sure this particular use was licensed or approved by the Titans organization. (I’ve asked. I’ll let you know if I get an answer.) Sports teams, corporations, and other entities can be very sensitive about how their logos, trademarks, mascots, and other paraphernalia are represented.

And for me personally I try to avoid wearing clothing with obvious corporate logos, mascots, or paraphernalia. Sure there are things I’m a fan of and I will wear, say, a Doctor Who t-shirt, but always with a tiny twinge of regret. If they want to run a commercial or put an ad in a magazine or on a billboard they have to pay for it. Why do I have to pay for the privilege of advertising for them? I feel the same when I mention a business–even a local one, like, say, a bar. 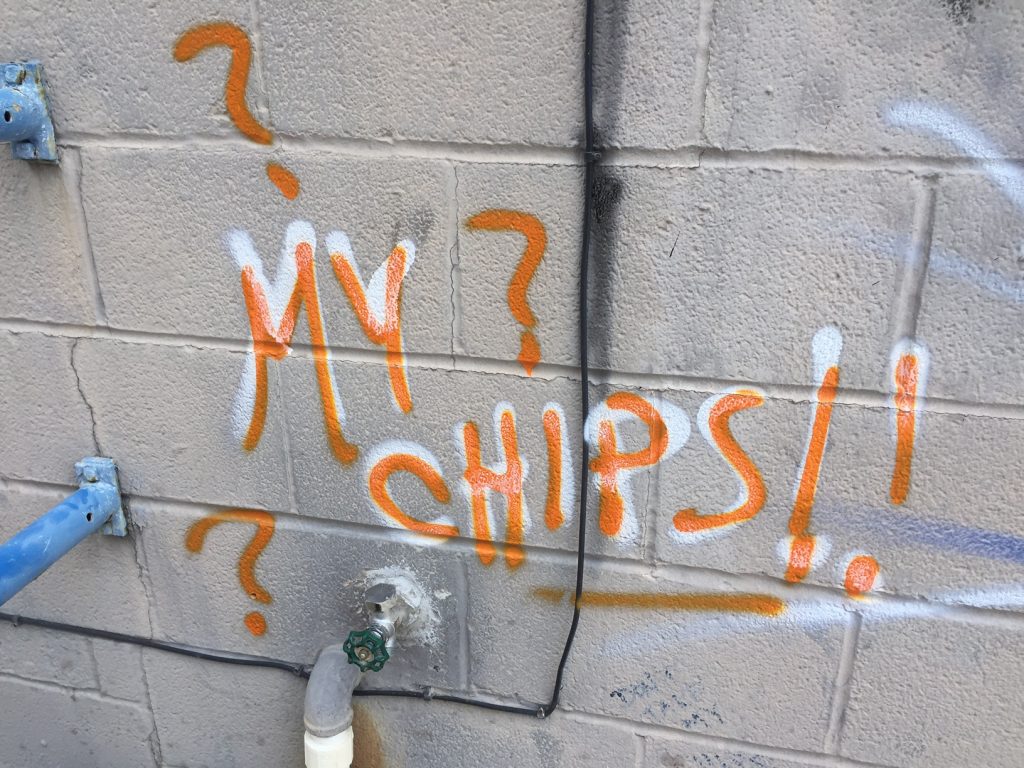 Aside from all that I like some of the fun touches the artist added. I like to think these were creative additions that weren’t specifically paid for. And the painted button is very provocative..

Seen any graffiti? Send your pictures to freethinkers@nerosoft.com. No pressure.