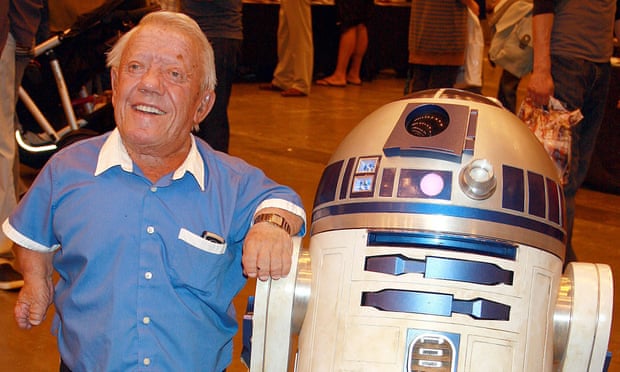 Another kid and I were arguing about Star Wars. This was the late ‘70’s and we were both kids so of course Star Wars was on our minds. If we weren’t talking about it we were acting out scenes and making up our own stories, and if we weren’t doing that we were arguing about it. I was telling him about an article I’d read about the special effects in Star Wars and how they were done. He was shocked that C-3PO and R2-D2 were played by people, that they weren’t real robots. He got pretty upset about it too and finally went off in a huff saying, “Well the spaceships didn’t have people in ‘em! They were real!”

I feel kind of bad for spoiling the illusion for him but for me, as much as I would have liked to be in a world of real robots and spaceships, there was something just as cool about knowing the robots were real people.

The funny thing is when I heard the news I didn’t think about Star Wars. My first thought was Terry Gilliam’s movie Time Bandits, which came out between the original Star Wars and The Empire Strikes Back. I saw it in the theater and while there was a lot about it that stuck with me—I was just discovering Monty Python at the time—the main thing was Kenny Baker was in the main cast. I purposely looked for him in the film, always thinking, That’s the guy who plays R2-D2.

That seems strangely poignant now considering that Time Bandits is about a young boy who gets dragged into a fantastic adventure by a quintet of time travelers—one of whom is Kenny Baker. Fantasy in Time Bandits isn’t an illusion; it’s simply another layer of reality. And he helped make it real.