Fun With Cancer, Happy Birthday., Submitted For Your Approval., The Weekly Essay 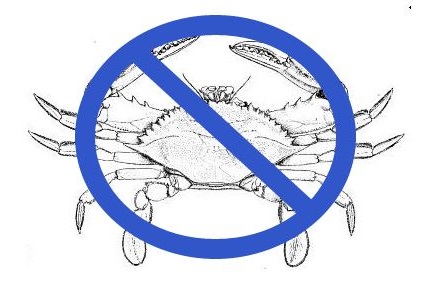 Don’t ask me how I’m doing.

Having passed the two-year mark as a cancer survivor is something I should be happy about. And I am, but it’s complicated. I really celebrated the first year as the first of many milestones to come. At the time I still had things to overcome and I felt like I really hadn’t fully recovered my health, like I hadn’t completely bounced back. And I wasn’t sure I would fully recover. That was, oddly, something to celebrate. I felt there was a clear demarcation between me before cancer and me after cancer and that it was something I would deal with for the rest of my life.

It’s still something I’ll deal with for the rest of my life, but, in spite of all the changes, in spite of the fact that I have scars, both internal and external, in spite of having to wear bracelets with health information in case I’m left unconscious in an accident, in spite of still having a plastic bulb in my chest even though I no longer need to be pumped full of poison, in spite of taking a handful of medications twice a day-okay, not a literal handful or even a metaphorical handful really, but more than I ever took on a regular basis before-I still feel like the same person I was before. The before-cancer and after-cancer line is blurred, and I’m left wondering where to go from here. I’m left wondering where I will go from
here. During that first year, and even during the second, I went into every doctor visit with a sense of dread. What if the chemo didn’t work? What if it comes back?

I don’t think I’ll ever be entirely free of that feeling but at least it’s diminished. Before cancer I hadn’t seen my regular doctor in so long I couldn’t have picked him out in a lineup even if he were the only one wearing a white coat and maybe one of those head mirrors that you’d think should have a special name but, no, apparently it’s just called a “head mirror” which makes me wonder why stethoscopes aren’t called heart-listeny-tubes but that’s another story.

Before cancer I could joke about my health because I never got sick. The only reason I ever went into a hospital was to visit other people. It felt like cancer broke a winning streak. At the time that was strangely reassuring. I didn’t want cancer, or any disease, but as long as I never got sick there was always a dark cloud in the back of my mind that sooner or later the odds were going to catch up with me. When I was diagnosed I thought, well, I wish the odds could have caught up with me gradually instead of dumping a heap of tumor on me, but at least I can keep playing
even if I am losing a bunch of chips now. Why I put all of this in gambling
metaphors since I’ve never been in a casino in my life is a mystery. Besides I could always keep that cloud at the back of my mind with the reassurance that luck is an illusion, not something that builds up but has to be paid back eventually. Or to put it more succinctly, shit happens. So does cancer.

But as the two year mark got closer I started feeling I was on another winning streak, and this time that cloud was not only bigger but it was, and is, harder to push it to the back of my mind. Shortly after my diagnosis one doctor told me, “If you’re gonna get cancer this is the one to get.” Testicular cancer is in the easily treatable category, and, although my memory has been left a little fuzzy, I believe that same doctor was the one who told me I had a good chance of being cured. I’d never heard the word “cured” associated with cancer before. For a while I used it too but I won’t say it again. Saying I’m “cured” carries too much temptation to live as though nothing happened. And it feels unlucky.

This anniversary carries other, weirder, even more complicated feelings with it. I don’t want to go through cancer again but I do wish I could relive it and do it better. I survived so I must have done something right. Or did I? My wife took on too much responsibility, did too much that I should have done. If I could do it again I’d make decisions and be more conscious instead of just drifting through treatment.

There’s another feeling, one that doesn’t have a name. It’s not survivor’s guilt even though I know people who lost their fight with cancer. I have friends who didn’t make it. I know others who also survived, who laugh now about how easy their treatment was, that it was only a year or eighteen months. For me it was a just a little over three months. It’s not a competition, and it’s not one I’d want to win even if it were, and it wasn’t easy. I had health issues along the way. My white cell count crashed, leaving me vulnerable to infections which, luckily, I never got.
And yet I was able to keep going. Why was it so much easier for me than it was for others?

When I was first diagnosed, and for a long time afterward, I felt a connection to others who had or who’d fought cancer. It was reassuring. We were part of a club. As the experience recedes I feel less connected. I think maybe there was some mistake. Maybe I didn’t really have cancer, that I’m guilty of some weird fraud.

I also think about all the people who supported me: my wife, the doctors, and just friends and family who offered their sympathy and support. I feel unworthy of all that they did, and feeling anything but happy to be alive and healthy now feels like a betrayal.

My rounds of chemo came in threes: one week I would have five days in a row of treatment, then the next two weeks I’d just go in for a shot on Monday. Even though I say luck is an illusion three still feels like a lucky number to me. Two straight lines connected will leave one side open while three will form a triangle. The rule of three is one of the three secrets of all great comedy-the other is timing-and while two’s company three is a party. So even though I’m currently simmering in a complex stew of strange and even contradictory emotions there is hope.

Ask me how I’m doing a year from now.