Back In The Zone.

Freethinkers Anonymous > Not Non-Fiction > Back In The Zone.

There is a sixth dimension of both shadow and substance. You enter it with the key of imagination and it lies between the summit of our knowledge and the signpost up ahead. Your next stop— “It’s not fair!” Henry Bemis cried, holding up his broken glasses. Squinting he could just make out how badly broken they were, the heavy lenses cracked from the fall. He put them back on. He could see small spaces of clarity, cotton-edged fragments of the desolation around him.

“It will have to do,” he murmured. There would be no reading now but at least he could pick his way out into the world. He’d found food and shelter. Soon he would look for clothes too, but first he would allow himself some time for self-pity. There was, now, time enough even for that.

The third day he found a cluster of city blocks untouched by the blast, protected by a broad skyscraper that had served as a barrier then, its front smashed, pitched forward. Turning his head all around he tried to read the street signs but couldn’t. The area was familiar to him, but why? Then he remembered. There was the tailor’s shop, there was the druggist’s, and there was his optometrist’s shop. The door was unlocked. Rows and rows of glasses glinted back at him. Even without the small help of his own broken lenses he could see them. Excitedly he began rifling through the shelves and drawers, trying on pair after pair. With each one he’d turn to the eye chart on the far wall. First the large letter E came into focus, then the others too.

He found two extra pairs and a repair kit and put them in his pocket. “Time and sight enough at last!” he cried, clapping his hands together.

For several days he did nothing but sit on the library steps and read all day. The sun was bright enough to pierce the layer of smog that hung over the city but the nights were long and dark. At first he thought he was alone but one night he heard rustling and moans in the distance. He saw nothing during the day and that frightened him. Who, or what, had survived that would only come out at night?

The next night whatever they were came into the library. He barricaded himself in an office and spent half the night with his revolver pointed at the door. The racket was unbearable. In the morning he found stacks knocked over, books scattered everywhere, and streaks of blood on the tile floor.

He found a Packard and a key. He filled gas cans and put those in the trunk and stuffed the back and passenger seats with food, water, and books. Books! He hoped he would have enough to last.

Will The Real Martian Please Stand Up? 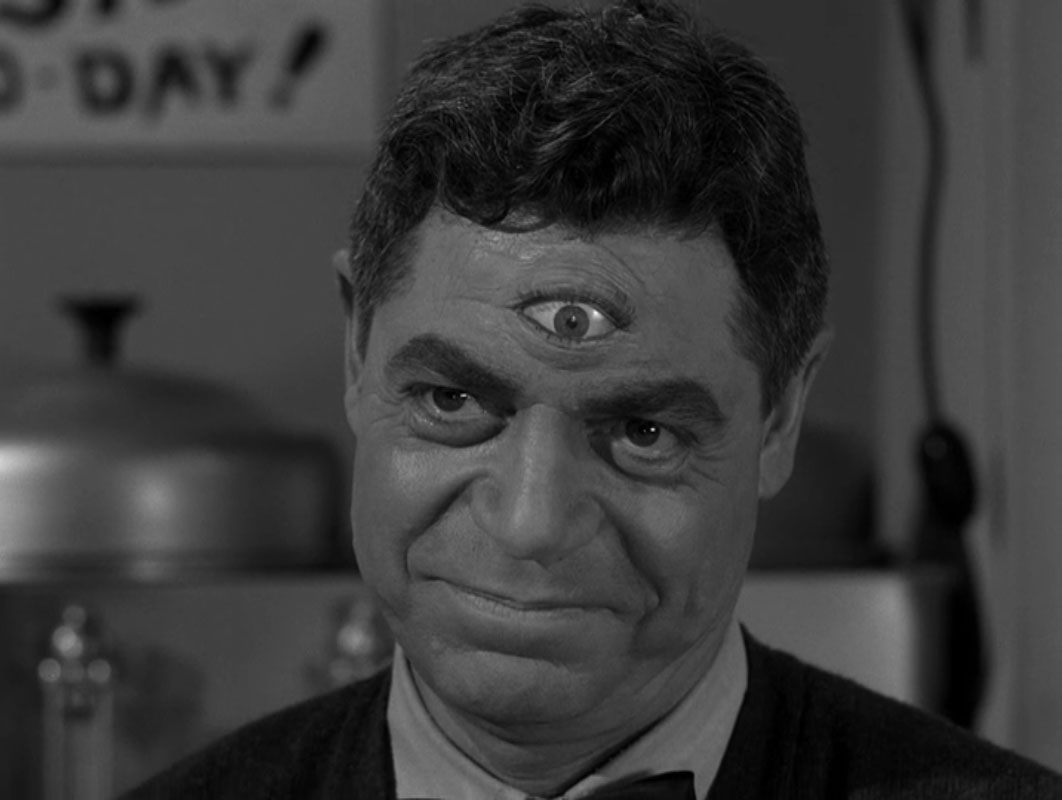 “I think you’ll see,” Mr. Hayley said, smiling, “how we differ.” He lifted off his cap revealing a third eye. “And I agree with you about what they call music. Why don’t you play some?” He laughed raucously.

Mr. Ross took another sip of his coffee. “You think you Venusians are so clever? We Martians have, as they say here, another trick up our sleeve.” A fourth hand emerged from under his coat.

Mr. Hayley’s three eyes narrowed. “Clever. Let me take a better look.” He raised his left palm, then his right, revealing a fourth and fifth eye in each.

“I think I have a good grasp of things,” Mr. Ross said as a fifth arm extended upward from his shoulder.

“I see that you do,” Mr. Hayley replied, turning around. There was a sixth eye in the back of his head.

Mr. Ross slipped off his coat. “You should know we Martians have been coming here a long time, long enough to enter into the mythology of some places.” He flexed out his arms, four on each side of his body.

Mr. Hayley was unbuttoning his shirt to reveal a cluster of eyes in his chest when the door jingled. They both looked. Avery, the cock-eyed old man, stood there.

“I thought I smelled Mars and Venus in here!” he cackled. “Thought you’d get us all, crashing the bus into the river like that, eh? Well you’ve got to get up pretty early to fool a Neptunian, yessiree!”

He opened his coat revealing a torso covered with dozens of tiny replicas of himself. One of them looked at the duo at the counter and waved. 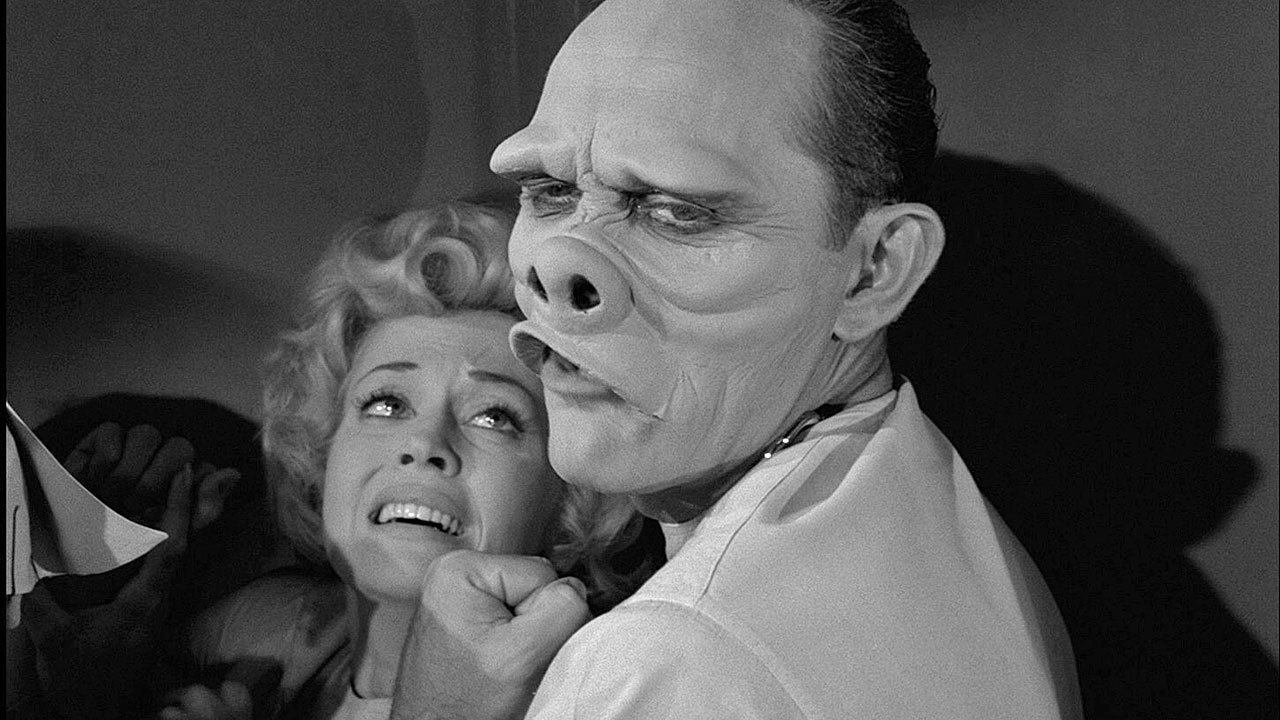 The Eye Of The Beholder

“No change! No change at all!”

Janet Tyler watched the dark countryside slipped by outside the bus. Walter Smith, the young man she’d met at the hospital, kept assuring her that “beauty is in the eye of the beholder”. She tried to tell herself that it didn’t matter that her nose wasn’t upturned, that her lip didn’t curl, that her eyes weren’t ringed with dark circles. But she kept hearing Doctor Bernardi’s words, along with the screams of that little girl from so long ago, that little girl who’d been horrified at her appearance.

She and the other “nons”, short for “nonconformists”, lived well enough in the colony, aside from the occasional harassment by “norms”, usually young men looking for trouble. Some years were better than others, depending on who was in office, but Janet resented living on the government’s dime. Less than two years after arriving she moved out of the colony, went to one of the large cities, and found an apartment in a building that accepted people like her. She found a job working in the basement of an accounting firm. She found she had a knack for finance so she was tolerated as long as no one had to look at her.

She began following the news. When there was a riot in a “Beholder Town”, as they were called, she and most of her neighbors held a candlelight march. The next day her boss came down to the basement. He wouldn’t look at her directly but he told her that he was just giving her a warning this time. If she forgot her place, if she refused to conform, she would be let go. She walked out.

The years that followed were hard but she found herself gradually more accepting of assistance—she preferred not to think of it as charity—as she worked to organize, to lobby for rights for anyone who didn’t fit the accepted standard. She got in touch with Doctor Bernardi who was sympathetic to the cause. He became a fierce ally and testified with her before the Council.

More than fifty years after the night her bandages had been removed for the last time Janet Tyler stood before the Chancellor as he awarded her The Peoples’ Gratitude Medal, the highest honor that could be given a civilian.

“Kind of a gaudy medal, isn’t it?” he said quietly.

She held hers up, saw how it sparkled.

These simple tales have been submitted for your approval as both a reminder and a warning: no story ever really ends. It’s a simple fact that’s true everywhere, both in and out of The Twilight Zone.