The Power of Words.

Many cultures, religions, and societies ascribe great power to words. Inscriptions and incantations can heal, hurt, or even create. A simple change to a word can change its meaning, can give it power–or take it away.

There are many variations on this. While most contemporary magicians no longer say “abracadabra”, at least not ironically or unless you’re Steve Miller,  its influence lives on in Harry Potter’s avada kedavra. I’m more fascinated by an older story, that of the Golem in Jewish folklore, a creature built of clay and brought to life to act as a servant and protector. In some tales the Golem was brought to life by inscribing the Hebrew word emet (truth) on its forehead and then stilled by removing the first letter–aleph–to change the word to met (dead). The legendary Golem of Prague, created in the late 16th century by Rabbi Loew as a servant then protector of the Jews against persecution by Emperor Rudolph II, was animated by a magic shem placed in his mouth. The Golem could then be stopped by removing the shem. In a more recent addition to the legend the same Golem was given the power of speech.

Finally, I can talk! This is the voice I’ve got? Sounds like I should be selling egg creams in Brighton Beach. That’s what we call Jewish humor. You don’t have to understand it ’cause the words sound funny. Meshuggeneh. Hilarious! 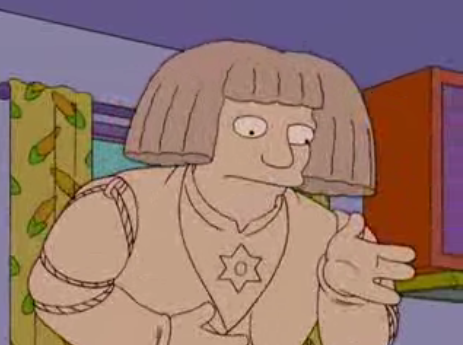 But that’s another story.

What got me thinking about this was, ironically, not a magic incantation but a smaller, more mundane change to an inscription that nevertheless spoke to the power of words, how, like clay, their form is not fixed but can be shaped and reshaped into something entirely new. And if that’s not magic I don’t know what is.