Adventures In Busing., Ramble With Me. 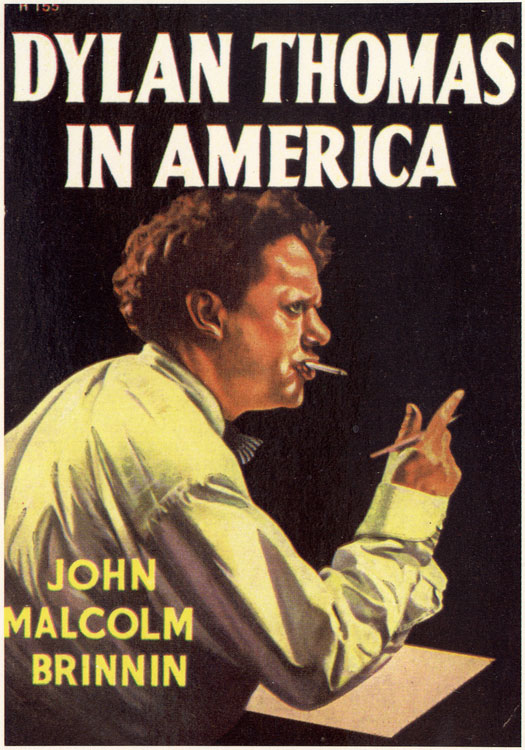 Dylan Thomas died on November 9th, 1953, almost sixty-three years ago, in New York after a series of reading tours and the premiere of his play for voices Under Milk Wood. In November 1991, twenty-five years ago, give or take a few days, I made a pilgrimage to Laugharne, Wales, the place he called home in the last years of his life and where he wrote his last poems.

I’ve written about my somewhat ill-fated trip to Dylan’s home before. What I didn’t think about until recently was the similarities between Dylan’s trips across the United States and my trip to and across Britain, what had and hadn’t changed, and what’s changed since then.

Dylan Thomas was a famous poet when he came to the United States to do a series of reading tours. His first trip was an overnight flight where he was too shy to talk to any of his fellow passengers whom he described, according to one source, as a lot of “gnomes, international spies, and Presbyterians”. I was a mere student wedged into a center seat–I always prefer a window seat–between fellow students. Dylan spent several days getting loaded in New York before he went off to other parts. As soon as I arrived in London my fellow students and I were loaded onto a bus and driven off to Grantham which gave us a few hours to get to know each other.

Dylan’s itinerary across America was carefully planned and he read and talked to packed performance halls. When I set out for his home I had no clue where the hell I was going and neither did anyone else. He was mostly driven across America although he also took a few trains. Most of my trip was by train, although I could only get to Laugharne by an old rickety bus–thirty-eight years after Dylan Thomas’s death the little Welsh seaside town he loved was still isolated. None of his biographers, including his wife Caitlin, know why he settled in Laugharne, just that it had always been a stop on his weekend pub crawls. He was a wanderer and I think he just found it by accident and liked the look of the place.

And on my return trip I arrived at Nottingham station so late at night I had to take a taxi from there to Grantham. I was driven by Big Dave who, when he learned where I’d been, told me the Welsh were a lot of gnomes, international spies, and Presbyterians.

The main thing that’s changed in the intervening quarter century is the internet. The Boat House Museum, closed when I arrived at its gate, has its own website. Now I can check train times and bus schedules too. I could plan out the entire trip from this side of the pond. In 1991 it was mainly dumb luck that I found myself accidentally sitting in Dylan’s seat, or in his corner anyway, in the Brown’s Hotel Pub in Laugharne where I drank a pint before I walked a bat-black path up a hill and sat by his grave.

If I made the same trip now there’d be no accidents, no missed connections, no aimless wandering. I’d know in advance what I’d find and that leaves me feeling something has been lost.