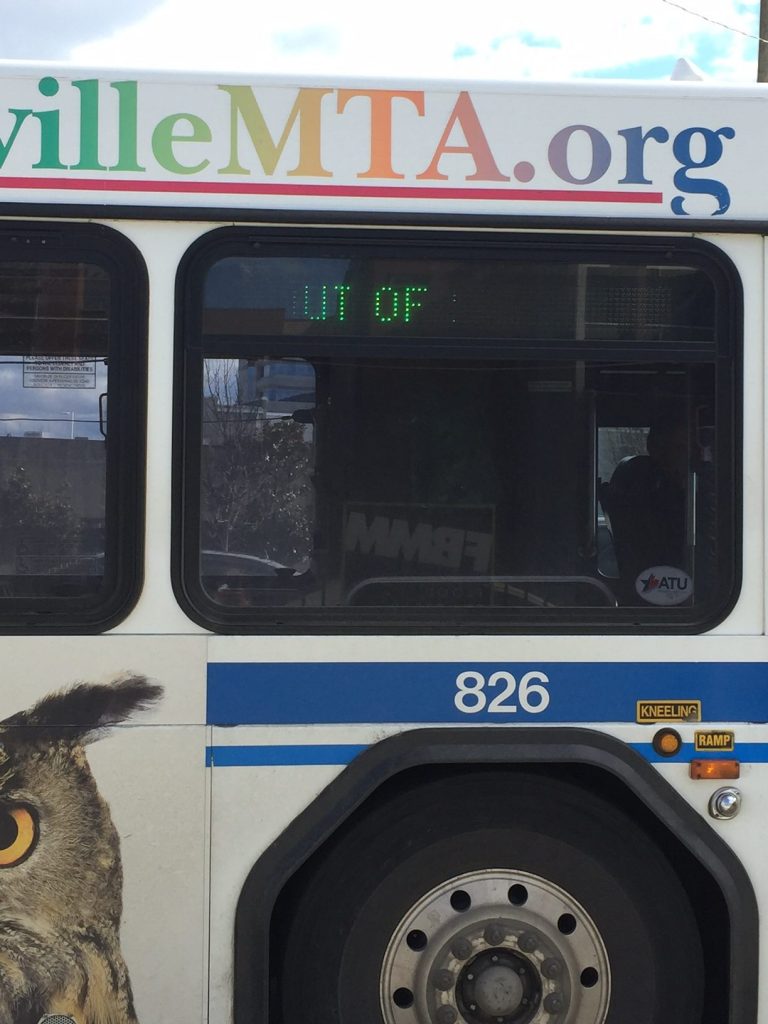 It was a Saturday. I was taking the bus somewhere, possibly to a movie or just gadding about. There had obviously been a wreck on the interstate because the main road was bumper-to-bumper with people trying to get somewhere, or just gadding about. On Saturdays only half as many buses run as on weekdays and the sudden surge of traffic had already put it well behind schedule, meaning I’d been standing on the side of the road for half an hour. And then a car pulled up next to me and stopped. The tinted window rolled down.

“Chris! What are you doing out here?”

It was my sister-in-law. In a weird coincidence she’d been on her way somewhere–she’s not usually one for gadding about–and the stop-and-go traffic had brought her to a halt right next to me. And maybe it was because I’d just been standing out in the sun inhaling auto fumes for so long that I didn’t hesitate. I climbed right into her car and closed the door. I gabbled away about how I’d been waiting for the bus, it looked like it was never going to come, had there been a wreck on the interstate? And I was so glad to her for offering me a ride.

It was only after she’d dropped me off at an intersection a couple of miles down the road, where two bus routes intersected, basically doubling my chances of catching a bus even on a day when the wait times were twice as long, that I realized she’d never really offered me a ride. It was sort of okay because she was headed to that intersection. Just beyond it was an interstate on-ramp that she was hoping would get her past the accident and back up to speed, but she still had to pause to drop me off. And I felt guilty about it although I’ve never thought to apologize and it’s been so many years now she’s probably forgotten about it entirely.

Anyway “don’t take rides from strangers” is a good rule of thumb, unless you’re hitchhiking in which case you use your thumb, but that’s another story. Another good rule, though, might be that you shouldn’t take rides from people you know either–at least not unless they explicitly offer a ride.