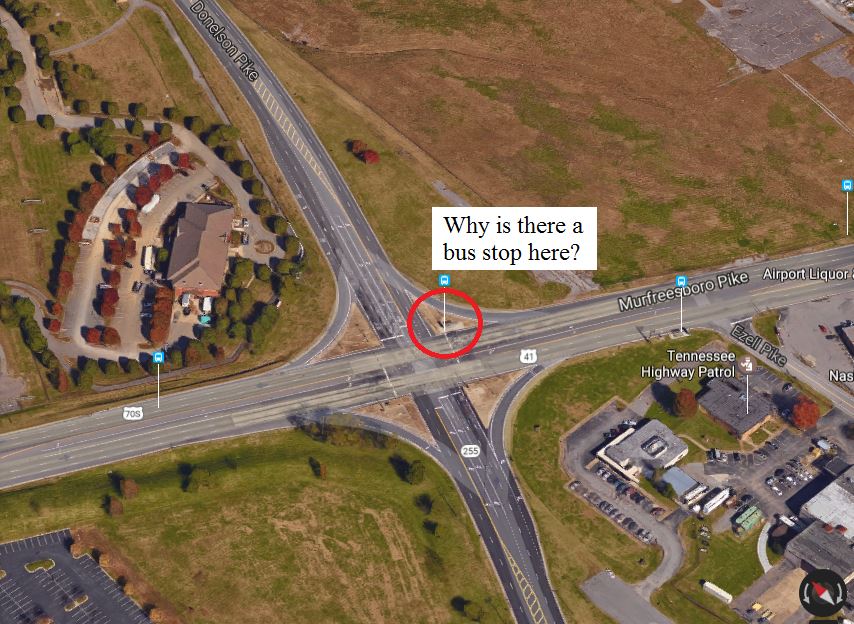 So I dropped my wife off at the airport and headed to work. Well, not directly to work. First I circled around the airport and made a short-term trip through long-term parking before I finally found my way out and even though I don’t often drive to or from the airport–the last time I made the trip solo was at least four years ago–I managed to turn in the right direction, unlike the last time when I turned the wrong direction and drove along for half an hour trying to figure out where I was going before I realized I didn’t know where I was going.

Let me pause here to explain that I’m one of those people who avoids driving on the interstate if I can. I prefer to take the long way around on mostly residential streets even though it’s supposedly slower although every time I have been on the interstate something’s happened to cause traffic to slow down to a crawl and everyone heads for the exits to take the long way around but that’s another story.

This was also the first time I’ve ever driven out through that area in the dark.

And as I was moving down Donelson Road toward Murfreesboro Pike I noticed a brightly lit bus stop in the middle of what appeared to be nowhere. As you can see from the picture made with the help of Google Maps it’s not really the middle of nowhere. There’s a small residential area and a Tennessee Department of Transportation office and something called Airport Liquors where after just a couple of drinks you’ll be flying. And as I was approaching that bus stop a bus went by, headed in the exact direction I needed to go. It distracted me so that I accidentally went right through the intersection, after a complete stop of course, and continued down Donelson and by the time I managed to turn around and head back in the right direction the bus was gone. But that was okay. I turned on to Murfreesboro Pike and headed in the right direction, except that after what seemed like three days but which was probably not more than ten minutes, I started feeling really unsure that I was headed in the right direction. After going under a few overpasses and over a few underpasses I started looking for the bus with the plan of following it. Then, as I was contemplating all this, I suddenly emerged from terra incognita to terra familiar, onto Broadway in the middle of downtown Nashville, and probably ahead of the bus which, as buses usually do, might have taken the long way around.

From there it should have been easy. I could have turned left and gotten to work easily but for some reason I kept going and within a couple of blocks went from knowing exactly where I was to not having a clue where I was. But then I just kept going and did find my way back to where I was going.

That’s the lesson here: if you’re lost and don’t know where you are keep going until you do. Or maybe it’s, if in doubt, follow a bus.