Quick Takes., Ramble With Me.

You might be thinking I just pulled that out of my ass but really it was on March 13th, 1781 that Sir William Herschel first observed an undiscovered planet beyond the orbit of Saturn. Finding Uranus was not easy. Herschel had to get up before the crack of dawn and look deeply into the nooks and crannies of the night sky. At first he thought what he’d spotted was a comet because the idea of another planet all the way up there seemed ridiculous. Other astronomers who probed the sky had seen Uranus and assumed it was a star or comet. It took almost two years of analysis and scrutiny before Herschel himself acknowledged that he’d discovered Uranus. The name for the new planet was also not accepted for almost seventy years because astronomers kept laughing every time someone asked if they’d been looking at Uranus, but it’s been the butt of jokes ever since.

And what better way to celebrate this day of Uranus than with a trip to historic Uranus, Missouri? If you want to know how to get to Uranus all you have to do is take the Herschel Highway. If you don’t get that joke find an astronomer or a thirteen-year old boy to explain it to you after they stop laughing. 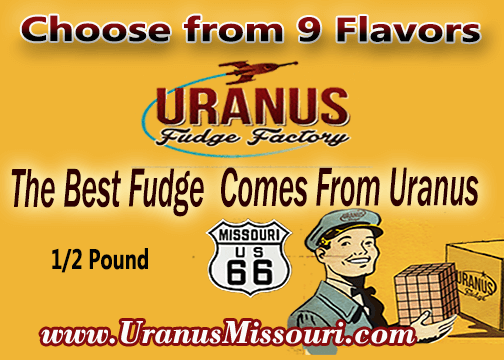