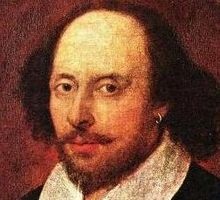 Remember when getting your ear pierced was cool? If you’re a woman you’ve probably said, “No, it’s practically expected,” and if you’re a guy, well, it largely depends on your age and where you grew up, and while it was popular during the Renaissance very few people from that time are still alive. So let me be clear that I’m referring to the fad that, in North America, spiked in the ’80’s, although it spilled, or rather dripped, over, into the twenty-first century since I’ve known a few older men who’ve gotten an ear pierced. And, like leg warmers and head bands, it seems unlikely to come back, even as shoulder pads, high tops, denim skirts, off-the-shoulder tops, perms, and fanny packs are making an unwelcome return, something we should have known it was inevitable. As a child of the ‘80’s—or rather someone who was a teen during the ‘80’s—I remember it as the era that, in addition to its dubious cultural contributions, packaged and sold nostalgia for an era most of us had never lived through. At least half my graduating class had t-shirts that said “If You Remember The ‘60’s Then You Weren’t There”, unaware of the irony that most of us had been born at least a decade after the day the music died. The first person I knew to get a CD player invested heavily in bands who were older than he was, and sometimes I think our motto was “Don’t trust anyone over thirty unless they appeared on Top Of The Pops.” This was partly marketing and also, I think, the fact that there was the threat of nuclear immolation, which seemed to be brought about by people who fondly remembered the Cuban missile crisis, but, like many reboots, was an overextended rehash of the original with an unnecessary batch of new characters and the feeling that the original had been so much better. There were also famines in Africa and the rising specter of AIDS, so it’s not surprising that the ’80’s were a time when black was the new black, and it’s why I sometimes say that if you fondly remember the ’80’s then you weren’t there.

The ‘80’s didn’t invent nostalgia, although some people like to remember it as the decade that did, but it did popularize it and reboots and sequels, so it’s fitting that the decade should get its own reboot. And I can’t completely knock it. For one thing a decade is a really long time so there’s inevitably some wheat among the teased-up and ripped-denim chaff, and, to reboot Philip Larkin, it was also the time of my own Annus Mirabilis, between the hearings on Iran and Nirvana’s first CD, but that’s another story.

I know I’ve harped on the ’80’s before, but I’m producing this sequel because there seems to be a new wave of nostalgia for the Dayglo decade but it’s interesting to me that, as I said, of all the ’80’s things that are coming back earrings for men aren’t, and that annoys me a little. It’s not because I’ve ever thought about getting an earring myself. It worked for some guys, but it never seemed to be my style, and I learned to be cool with that even though it’s never been hip to be square, not even in the ’80’s. No, it bothers me because a couple of my high school chums got their ears pierced on a whim and showed up at my house after they’d gotten it done.

Yeah, they didn’t think to invite me to go with them to the mall, although the after party was kind of fun. They proudly showed me their shiny new ear studs which were really metallic balls, although somehow even then teenage boys, a group not usually known for self-awareness or deep insight on matters of gender, knew better than to say that getting an ear pierced took balls.

He closed the door and said, very quietly, “I’m only going to say this once. You’re not going to get your ear pierced as long as you live in this house.” Then he turned around and left.

At the time I resented it but now I feel a strange fondness for that moment, for the irony that I was in trouble for something I hadn’t done, for something that had happened when I wasn’t even there.