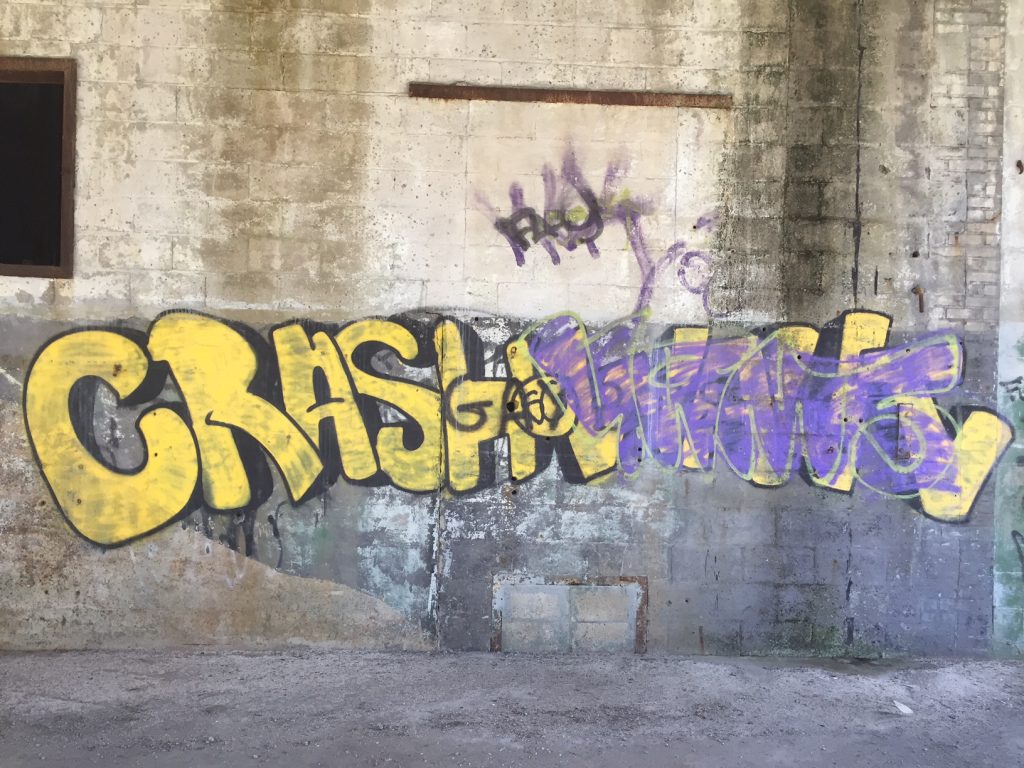 Is there honor among thieves? That’s debatable–hey, we’re talking about thieves after all. Is there honor among taggers? It seems like it. Often in areas where I find a lot of graffiti it’s separated. No one paints over anyone else’s work. Well, there are exceptions to every rule.
This particular spot is in a graffiti gallery, a very popular spot where there’s some competition for space and where taggers sometimes even insult each other. That’s not pictured.
One of the frustrating things about not knowing the artists involved is I don’t really know whether they purposely created contrasting works here, and it does seem like it was intentional rather than accidental. One doesn’t completely cover up the other which you’d expect, and also the choice of sharply contrasting yellow and purple seems intentional–they’re complementary colors.
That reminds me of a joke. A guy is sitting at a bar and hears a voice say, “Hey, nice shirt.” He looks around but doesn’t see anyone. Then he hears another voice. “That’s a great tie too.”
He says to the bartender, “Hey, I keep hearing these voices say nice things.”
The bartender says, “Oh, yeah, that’s the peanuts. They’re complimentary.”