Star Wars was released in theaters on May 25th, 1977. In honor of the film’s 40th anniversary here are ten facts you didn’t know about Star Wars.

10. At the final awards ceremony Luke, Han, and Chewbacca all received medals made of chocolate wrapped in gold foil. Chewbacca is not seen wearing one because he ate his.

9. The Rebel fleet had over two dozen Corellian battleships that provided back-up and support for the smaller X and Y-wing fighters. These were not shown in the epic finale because of cost and licensing issues with the manufacturer on Corellia.

8. The battle station plans stolen by Princess Leia and transported by R2-D2 were encrypted. The code was only finally broken when C-3PO, who is fluent in between four and six million forms of communication, spilled coffee on the plans.

7. The Rebel base on the forest moon of the planet Yavin was built entirely out of Empire surplus.

6.  There was a Starbucks™ on every level of the Death Star. Shortly before his final confrontation with Darth Vader Obi-Wan Kenobi was seen on station security cameras in one enjoying a tall macchiato.

5. The creature in the Death Star’s trash compactor was a dianoga. Native to the planet Vodran it was intentionally captured and placed there as part of the Empire’s organic waste recycling program. The metal beams and styrofoam waste in the trash compactor were supposed to have been placed in a different specially marked trash compactor. This along with the escape by Luke, Han, Chewbacca, and Leia prompted a thorough review of the station’s waste disposal program en route to Yavin. (Previously: The Dianoga Is In The Details.)

4. The Death Star was never actually called that by the Empire. It was known as the Mobile Operations and Ordinance Nexus. Lucas deliberately changed the name, saying, “It’s a space station, not a MOON.” Alderaan was also already scheduled for demolition to make way for a hyperspace bypass, which is a bonus fact I just threw in there.

3. Chewbacca has a galaxy-wide reputation as a champion of more than two dozen Monopoly and Trivial Pursuit tournaments. 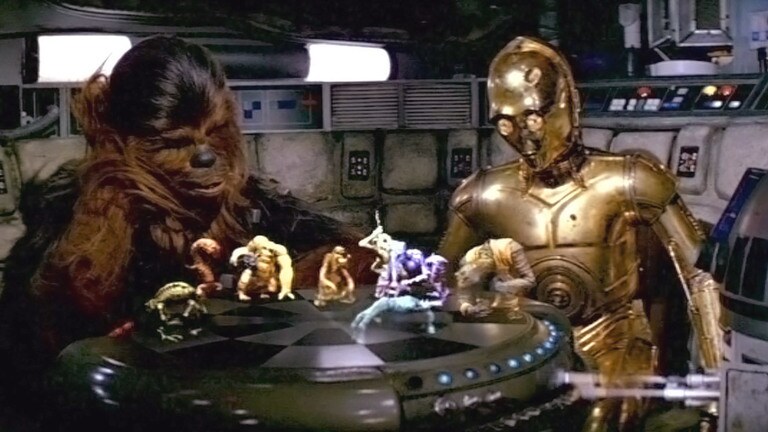 2. Mos Eisley mayor Momaw Nadon is quick to point out that “You’ll Never Find A More Wretched Hive Of Scum & Villainy!” is a local joke and that the crime rate is actually lower than that of Poughkeepsie. He also still emcees a Wednesday night comedy night at the cantina, although Figrin D’an And The Modal Nodes have since been replaced by The Lolas, an all-drag Kinks tribute band.

1. Owen and Beru Lars were detained but eventually released by the Empire. Owen repeatedly responded to Stormtroopers’ questions with, “I told you to forget it,” and they would for several hours before returning to question him again. The couple would later sell their moisture farm and retire to Naboo after suing Lucasfilm for portraying them as dead. The case was settled for an undisclosed amount.

And one more bonus fact:

Empire soldiers did not destroy escape pods leaving the Tantive-IV Rebel ship seen at the beginning of the film. Acting on Darth Vader’s orders to bring him all passengers alive they traced all escape pods to the crash sites and the occupants were either captured or died in the Tatooine desert. The idea that C-3PO and R2-D2 just happened to get away because their pod appeared unmanned has been described by many involved as “too implausible to be true”.