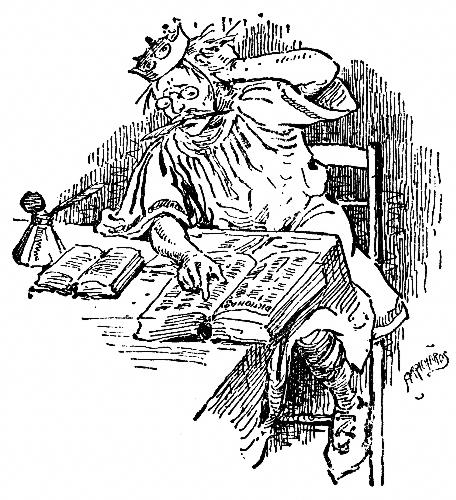 Lately I’ve been seeing articles in praise of boredom. Psychologists, or maybe psychiatrists, or maybe people who aren’t really psychologists but play them on TV, have defended boredom as a useful feeling; they decry our society as overstimulated, inundated with content, too plugged-in, turned-on, wired, hyped up, and it’s turning our mental health into detrimental health and making prone to writing adjective and hyphenated-laden run-on sentences with terrible puns in them. Boredom has gotten a bad rap because it’s seen as unproductive. It even prompted managers and supervisors to come up with phrases like “If you have time to lean you have time to clean” which, by the way, is what Marie Antoinette really said that prompted the French Revolution. And I don’t want to condone violence but I have to admit that I have a little bit of sympathy for anyone who’d want to cut the head off of someone who said that seriously.

Boredom is quickly becoming the new hip thing we should all be trying. There’s even at least one academic journal devoted to the study of boredom, although it’s telling that most scholars only subscribe for the annual swimsuit issue.

Subjecting ourselves to constant stimuli, the pro-boredom argument goes, is bad because our ancient ancestors had plenty of time to be bored. I’m not so sure that’s true. Most of their time, after all, was devoted to finding food and shelter and not being killed by large animals, so it’s not really fair to say they ever had time to be bored because they didn’t spend a lot of time sitting around watching movies, and what they did have was all on Betamax. People have always had a plethora of things to focus their attention on even if now some of us are lucky enough that what we focus our attention on isn’t a matter of life and death. Basically I’m preparing myself for the inevitable anti-boredom backlash that some psychologists, psychiatrists, and assorted celebrities are going to start promoting to make things interesting. And given the way trends go some people will inevitably take it too far, setting up devices in their homes that’ll shoot poison darts at them at random intervals to make sure they never lose focus. Actually I guess Inspector Clouseau already had that very same idea, but how many of us can afford to have a karate expert hide in our home to attack us on a regular basis? And even if we could he’d still have a lot of down time and, hey, if he’s got time to lean he’s got time to clean.

Why do we call it “boredom” anyway? Why does what bores us get its own special domain, and why’d we choose the word “bore” which also means “to drill a hole”? Actually to quote the Oxford English Dictionary it’s “to pierce by means of a rotatory movement like that of an auger or gimlet”. Boring produces a hole and boredom is a kind of mental hole we fall into when we aren’t sure what to do. At least that’s how I think of boredom. I can’t remember the last time I was truly bored, although that might be because it just wasn’t interesting enough for me to make a note of it. There’s also probably a connection to dentistry because I know from experience that sitting around waiting for the dentist is both boring and stressful at the same time, especially when I know the dentist is going to come at me with a drill to bore holes in my teeth and all I really want is a gimlet made with vodka, thanks.

The point is that boredom, like all feelings, can be either useful or harmful depending on how we treat it. As Shakespeare said, “there is nothing either good or bad, but thinking makes it so”. That line is from Hamlet and is one of the lines that makes it into almost every production even though most cut out at least a couple of hours’ worth of material from the play because, let’s face it, there’s a lot of stuff in it you could sleep through without missing anything, but that’s another story. Anyway I know this is a short conclusion, but I don’t want to risk boring you. Just in case, though, I’m going to carry on about boredom for another twelve-thousand words. Feel free to go on, though, because if you’ve got time to read you’ve got time to do something else that may or may not rhyme with “read”.