We had the sky, up there, all speckled with stars, and we used to lay on our backs and look up at them, and discuss about whether they was made, or only just happened.

Nashville’s Charlotte Avenue has, for reasons I don’t understand, long been home to numerous car dealerships. Maybe this is because it runs more or less parallel to some of the city’s main thoroughfares—West End, Broadway—but Charlotte is also on the edge of the city and parts of it are still a little seedy in spite of rapid gentrification. Venture out that far and you’ll want to make sure you have a way to get back. The railroad also crosses Charlotte at one point, so whether it’s the right or wrong side of the tracks might depend on where you stand, although it’s increasingly becoming mixed. Pricey hipster restaurants rub elbows with Bobby’s Dairy Dip, a ‘50’s era remnant that still serves the best milkshakes in town.

The funny thing is the biggest dealerships, the ones that dealt in late model luxury cars, that have fared the worst while independently owned dealers of used cars—let’s face it, they’re not classy enough to get away with calling their flivvers and jalopies “pre-owned”—have stuck it out through thin and thinner. 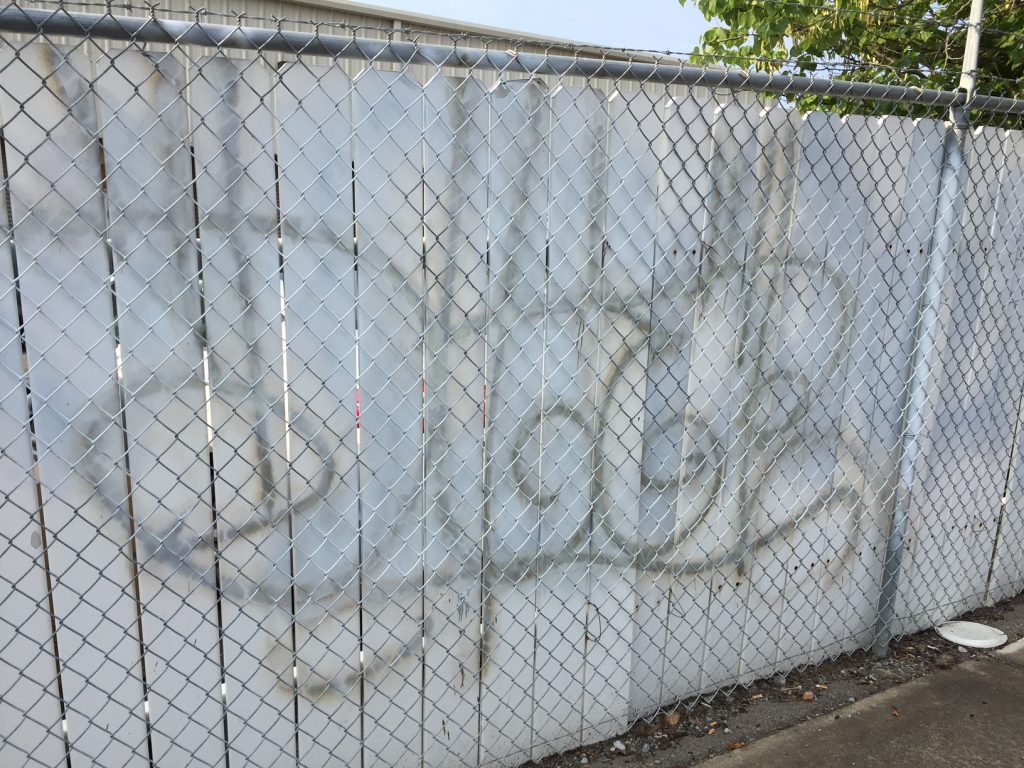 Some areas around Charlotte Avenue are also thick with graffiti. The fence in front of one of the car dealerships is especially popular. I don’t know why this is or, for that matter, why the dealership has put up white plastic slats behind the chain-link fence. They might as well put up a sign that says “TAGGERS WELCOME!” Sometimes the tags get painted over but they come right back, as unstoppable as the trumpet vine that climbs over the fence.

Maybe there is no clear explanation for any of this. Maybe the way all these things were made just happened.