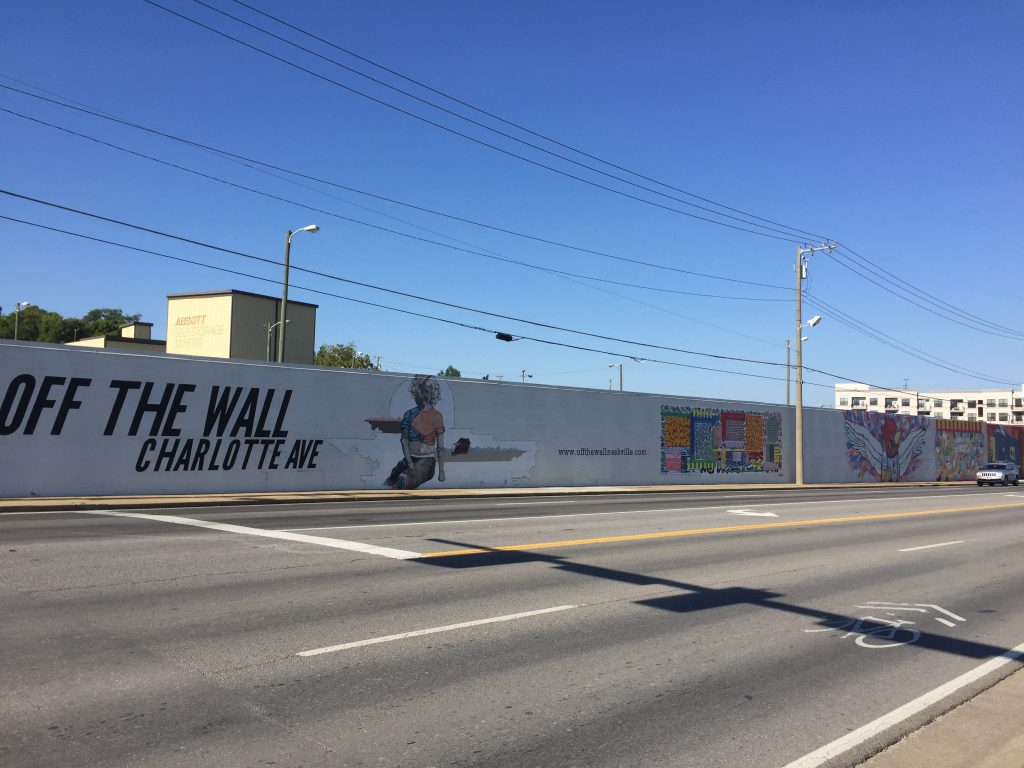 When is graffiti not graffiti? When it’s authorized and approved, obviously, but it’s funny to me that sometimes completely authorized murals adopt the graphic styles—usually either blocky or balloonish letters—of a lot of graffiti. In fact some artists first get noticed by legitimate dealers through their graffiti and then they get paid to do the same thing they previously would have been arrested for doing and if it made sense it wouldn’t be art, but that’s another story.

This is a really roundabout way of getting to a very straight stretch of Nashville’s Charlotte Avenue where a storage building takes up an entire city block and Off The Wall Nashville Charlotte, a project of the Arts & Business Council of Greater Nashville, has turned it into a canvas.

And I really wish I could reproduce the whole thing here, but my camera doesn’t work that way and if anyone from the ABCGN happens to be reading here do y’all think maybe you could get a photographer or two to, you know, document this?

There are currently four sections, all subject to change—one of their rules is “It’s not forever” and this one of a train is the final section. 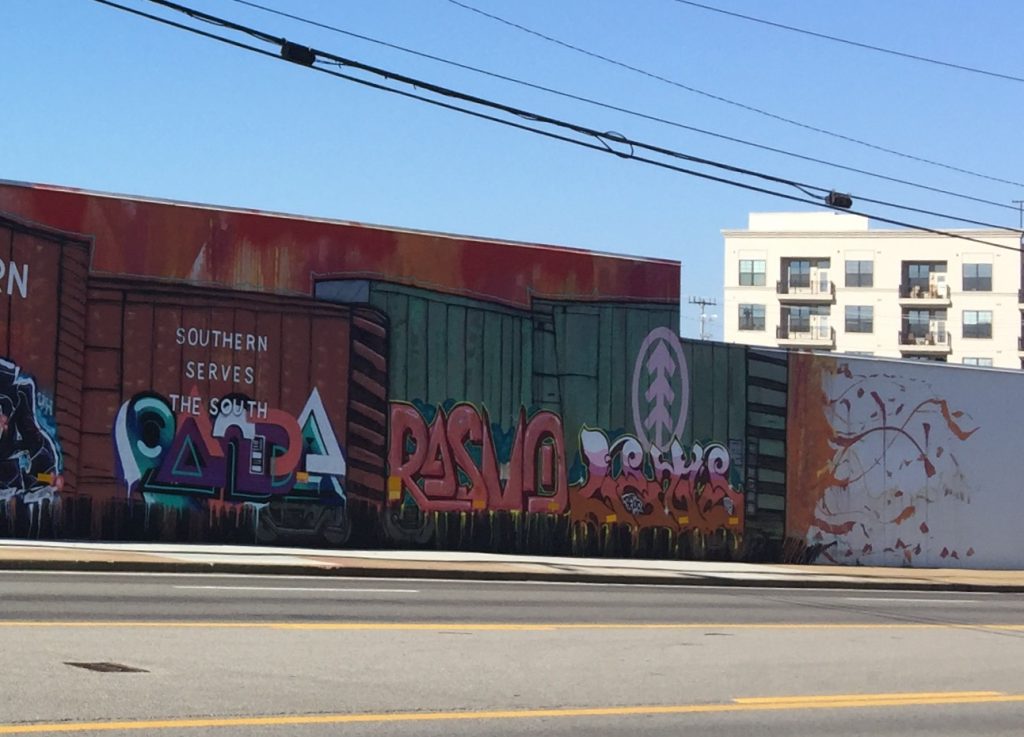 The cars are appropriately tagged. Why train cars attract graffiti is always an interesting question to me. Obviously they’re large and stand still long enough for artists to create some really amazing works and then they move on, giving those artists greater exposure, although it’s also hard for legitimate dealers to track down an artist whose work could be from anywhere, but making sense is not a priority here. The streamers trailing after the final car is also a cool touch.

What’s even more interesting is there are some local tags hidden in the mural itself. Or maybe not so hidden, if you recognize them.