Death Of A Clown. 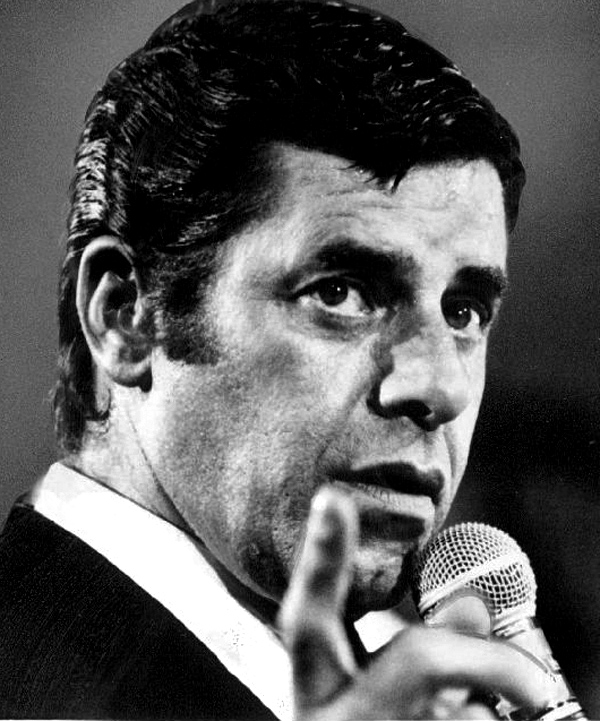 When I was a kid the local UHF station would show a Jerry Lewis movie every Sunday afternoon, and I loved them. Every weekday after school there was the Three Stooges marathon, but I realized Lewis’s humor was a much more mature, sophisticated slapstick, and getting the jokes made me feel grown up. He could also somehow take a punchline you’d see coming a mile away, like the setting up of chairs In The Bellboy, and make it hilarious. Some of his films, including Three Ring Circus and The Nutty Professor, could also get pretty dark, and I liked it that he could balance comedy and drama, that he wasn’t restricting himself to one or the other. I think I was also dimly aware that there was a connection between Lewis and the contemporary comedians I also saw, although it would be years later before I’d realize he was kind of a transitional figure between the old vaudeville comedians and the ones for whom a big break meant television or, if they were really lucky, film. Jerry Lewis, who wrote a serious book called The Total Film-Maker, really did appreciate film as a medium few comedians before him had. Unlike others he understood that comedy on film meant more than doing or saying something funny in-frame. He understood the value of the close-up, the cutaway, the edit. That he could also act while keeping every detail of the scene in mind is extraordinary.

I get that he was also a difficult person to work with, demanding, sometimes outright cruel, but people who worked with or knew him also described him as generous, kind, and understanding. He famously never won an Oscar but in 2009 the Academy did give him the Jean Hersholt Humanitarian Award for his work for the Muscular Dystrophy Association. Go read Chuck Baudelaire’s very poignant post about that.

While I loved Jerry Lewis’s comedies as a kid the film of his I enjoyed, and still enjoy, most as an adult is The King of Comedy. Granted it’s not really one of his films, but working with the tag team duo of Scorcese and DeNiro he really shows his full range and depth as a dramatic actor. In an early scene when he talks to DeNiro, who plays an ambitious comic who wants to jump straight to the top, about the business Lewis has a faraway look in his eyes as though he’s lecturing a classroom. It’s powerful in its subtlety and says so much about his character. Even in the back of a dark limo in front of an audience of one he’s still a performer. In other scenes with DeNiro he’s more direct and personal. These moments the fantasies of a possibly psychotic mind, but Lewis has no trouble playing them as completely real.

A short time later, after telling DeNiro he’s having dinner with “some people”, we see him sitting alone at a table eating. He’s not reading or watching TV or doing anything except eating. His posture and expression, though, still exude confidence and dignity. Even when he’s alone he can’t drop the mask.

Maybe there was still a lingering miasma from his “comeback film”, Hardly Working, released three years earlier, or a shadow from what would be his last film, Smorgasbord, which had a limited U.S. release in 1983, but Jerry Lewis deserved an Oscar for his performance in The King Of Comedy. Of course, it’s DeNiro’s character in the film who calls himself “the king of comedy”, but the irony is we all know who really wore the crown.

Hail to the King. Hail and farewell Jerry Lewis.