Quick Takes., Submitted For Your Approval. 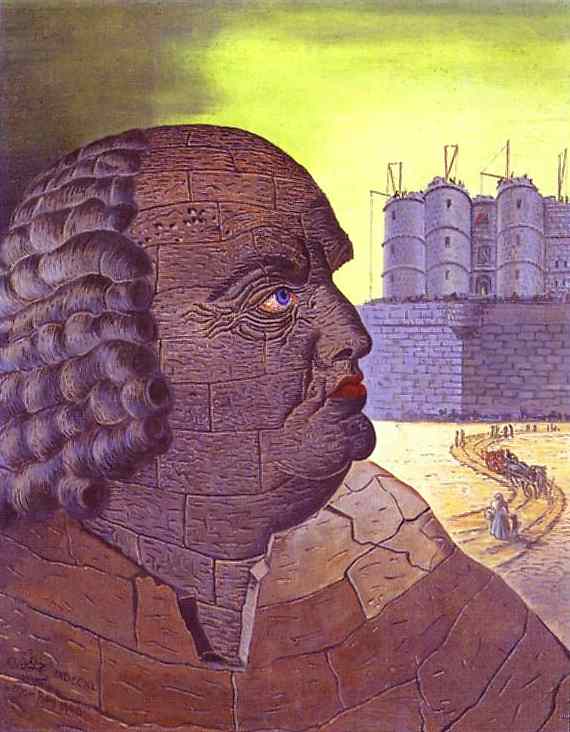 One night I was sitting at home watching TV and a commercial for a Mongolian restaurant named after Genghis Khan came on, and, well, you know how one idea leads to another, so I jotted this down in a notebook.

Scene: The front inside section of a restaurant. A very overweight man in a late 18th century aristocratic outfit–tailcoat, vest, powdered wig, etc., all in rich aqua-colored fabric, strolls forward.

Host: Tired of being beaten by high-priced restaurants that don’t fulfill your desires? Come to De Sade’s for real satisfaction.

As he speaks he walks by the open kitchen where a chef is beating something with a large whip. He proceeds to the buffet which runs through the center of the restaurant.

Host: At De Sade’s we aim to provide everything you could want with our all-you-can-eat buffet. Steaks, seafood, and a wide variety of sides and salads.

He picks up a cucumber and points it outward.

Host: No one else’s is bigger. I can promise you that.

He then proceeds to the end of the buffet.

Host: And dessert is included with every meal.

He cuts a small slice out of a chocolate cake then tips the entire cake onto his plate. He then puts his fingers in a bowl of whipped cream and scoops it into his mouth.

Cut to: a family–father, mother, son, and daughter–sitting in a booth. The Host sits down next to them.

The parents look alarmed and pull their children away.