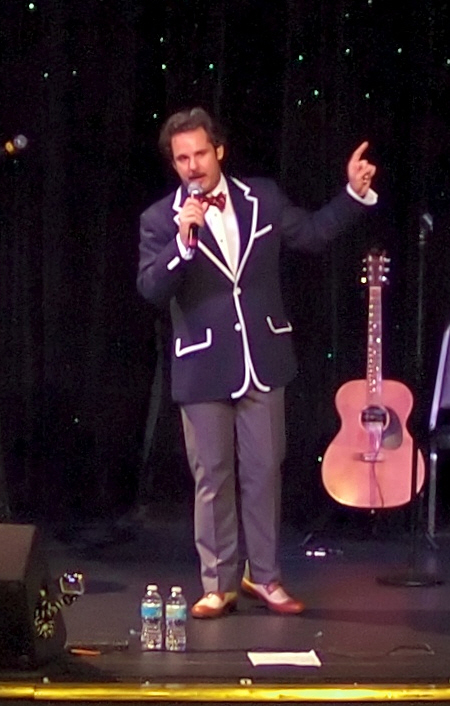 Back in 2013 when Doctor Who was celebrating its 50th anniversary the BBC ran a series of retrospectives with various stars and actors sharing their remembrances about the show. One dapper gentleman kept popping up. He intrigued me and everything he said made me laugh. That was my introduction to Paul F. Thompkins, who was, at the time, already a successful comedian, but I’m always behind the times myself.

It’s his birthday today and he still makes me laugh and still intrigues me with his strangely varied career: he entered the world of stand-up just as the ‘80’s comedy bubble collapsed but managed to find success anyway. He had a small role in the film Magnolia, which was cut, he worked on the VH1 show Best Week Ever, where he met Weird Al Yankovic (whom he thought he already knew), he’s cut several comedy albums, and he talked to fellow comedians and performers in 68 episodes of the long-running YouTube series, Speakeasy. And those are just a few of the things he’s done. The guy seems to be ubiquitous, which is one of the things that makes him so intriguing.