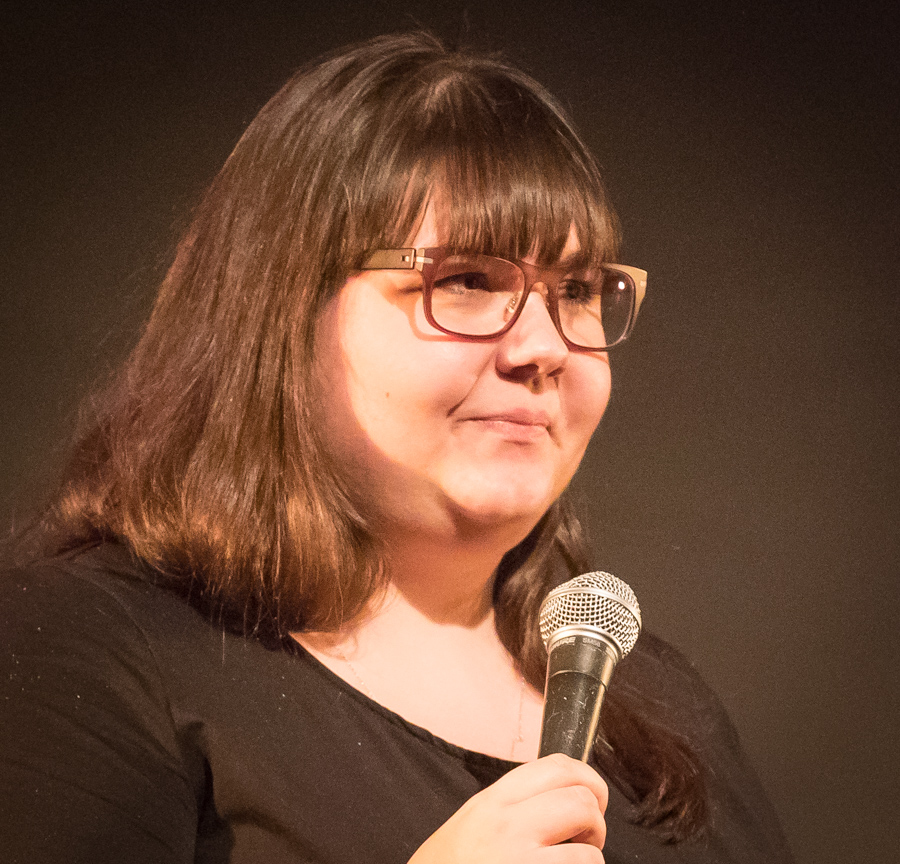 Comedy is often a way of crossing social boundaries which is why it fascinates me when comedians leave their home countries to do comedy in a completely different environment—and sometimes in a completely different language, which can require facing a steep learning curve. Sophie Hagen, whose birthday is today, left Denmark to do comedy in Britain and in English, and has succeeded brilliantly, challenging social conventions about body image. She co-created the funny and thought provoking podcast The Guilty Feminist and was a co-host for a long time. Before that she created the also funny—and sometimes thought-provoking Comedians Telling Stuff podcast. It’s interesting because the comedians she talks to sometimes share funny stories and sometimes they share personal stories which may be funny or may be a little sad, or a little of both. Hagen herself also did funny introductions to each podcast in which she sometimes talked about recording in her room under a blanket, and also shared some of her own funny, sometimes even embarrassing, stories. For instance there was the time she was making out with a fellow comedian and confessed to him that she was dating another comedian at the time. He asked, “Is he bigger than me?” She reached into his pants and said, “No,” then realized that’s not what he meant.

There’s also a steep learning curve for understanding the culture of comedians.