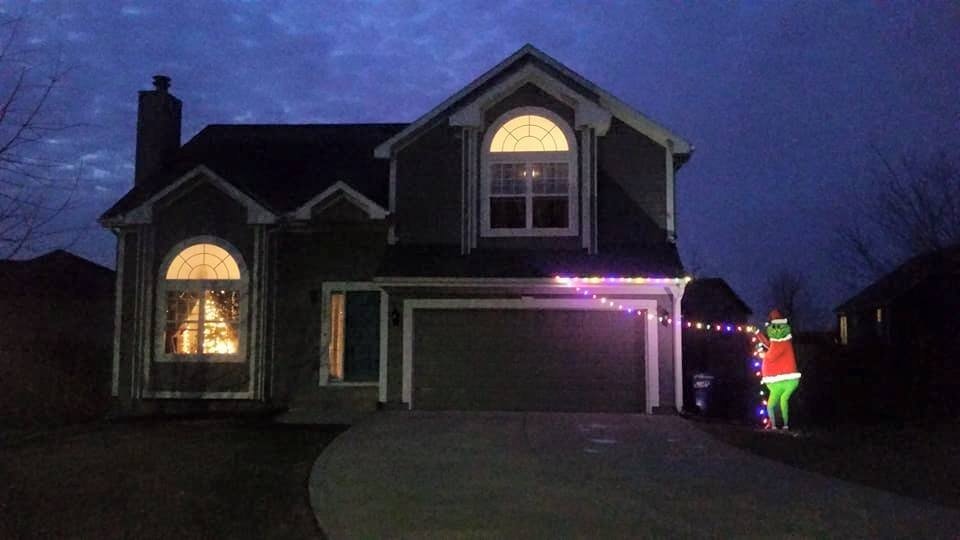 Source: Things You Wouldn’t Know If We Didn’t Blog Intermittently.

When I was a kid I begged my parents to get Christmas lights for our house. We’d drive by other houses with Christmas lights and I always thought they looked so fantastic. I thought it must be wonderful for the people who lived in those houses to have those lights right there all the time. I didn’t think about the problems of running electricity outside, storage, or the annual disentangling of the wires. As anyone who’s ever dealt with them knows that strings of Christmas lights get bored sitting in the attic eleven months of the year and amuse themselves by seeing just how tangled they can get. Either that or they’re mating, a prospect I find highly unlikely because I’ve never known Christmas lights to increase in number. Or maybe they’re wrestling, which is why one bulb is always knocked out, but that’s another story.

Anyway, my parents did finally get some outdoor Christmas lights and strung them up around a couple of holly bushes on either side of the house. It was subdued and tasteful, which is probably just as well since we lived on a cul-de-sac. And I realized something about Christmas lights: they’re not that interesting from inside the house. People passing by might see them and smile but if they’re your lights chances are the only times you’ll notice them are when you put them up and take them down. The neighbors, on the other hand, might see your lights all the time.

At about the same time some friends of my parents who lived on another cul-de-sac had a neighbor who put up what was, even for the ’80’s, a garish and extravagant amount of decorations. There were at least nine Santas–three of which were on the roof and threatening to collide, elves, giant candles, light-up snowmen, and lights, lights, lights over everything. It was on the news–and was noted for being one of three such displays around the city–and caused traffic jams as people came from all over to gawk. Did the guy who lived in the house care? Did he even notice? After all he was in the house.

One year I lived in a house next door to someone who set up an elaborate Christmas display. I have to give the neighbor credit: it wasn’t gaudy or tasteless. It was, in fact, a matched set of trains and candy canes and snowmen and a jolly Santa, all made out of blinking LEDs. About seven-hundred million of them, which was the problem. It was so bright I swear I could hear the damn thing–it sounded like The Magic Roundabout theme. I’m pretty sure it used up more electricity than the state of Wyoming. He left it on all night long, and my room faced his house. When I went to bed and closed the curtains the light burned through and looked like flickering flames.

All of which makes me wonder: Was the Grinch born that way or was he made?