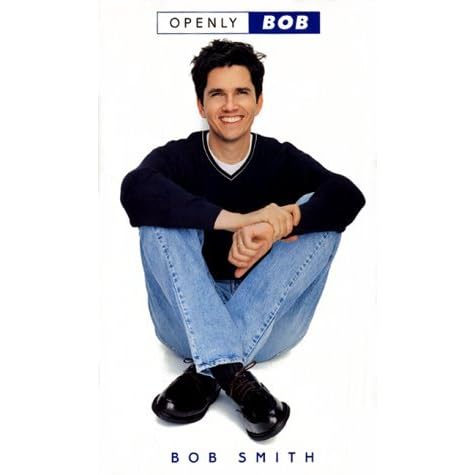 If coming out is easier now than it used to be–and for some people I understand it is, although it can still be a difficult experience–it’s because of people like Bob Smith. He was the first openly gay comic to appear on The Tonight Show and get his own HBO special, making his debut in 1994, nine years before the Supreme Court’s Lawrence v. Texas decision would sweep away the remaining anti-sodomy laws that existed solely to punish gay men.
He was more than just a standup comedian. Bob Smith was a prolific, and funny, author, of both novels and personal essays. His 1997 book Openly Bob, has witty wisdom on every page:

I know on a rational level I shouldn’t feel responsible for the behavior of every gay man, but having been raised Roman Catholic, I’m capable of producing guilt from nothing.
The opponents of sex education believe that if we keep our teenagers ignorant about a topic then they won’t become interested; a theory that has proven itself by the lack of interest shown by teenagers in other subjects missing from the curriculum, such as playing loud music, eating French fries, and the use of pimple creams.
At twenty-three I still lived at home and had reached the age when that admission is not a statement of address but of arrested development.
Being a personal assistant is the most thankless job since food tasting for the pharaohs…It’s tragic that people in both careers think the job is going to be a stepping-stone and end up discovering it can be a tombstone.
Coffee in the morning is my religion. We true believers drink two cups to lead us not into temptation to go back to bed.
Anthropologists have propagated a theory that over millions of years the size of our brains expanded as our ancestors began to use tools. Isn’t it more probable that our mental capacity developed to avoid using tools? It takes more ingenuity to get out of doing something than to do it. Call it the Tom Sawyer Theory of Evolution.
Supermarkets are on the cutting edge of social change. Anyone can buy family-size packages, whether your family is nuclear, dysfunctional, or chosen. At the cash register, all relationships are treated with the same respect. Your right to purchase a family valu-pack of paper towels is never disputed–your family is always valid even if your coupons aren’t.

A few years ago Bob Smith had to have another sort of coming out when he revealed he had ALS. The disease affected his mouth first, dulling his tongue but not the wit that drove it. Born December 24th, 1958, he came out both as a gay man and a comedian in the 1980’s, a great time to be one of those things but not the other. And yet he was always proud, a founding member of the group Funny Gay Males. He was strong too, up until the end. He wrote final book, Treehab: Tales From My Natural Wild Life, on an iPad with only one hand.
Singlehandedly he made the world a better place.
Hail and farewell Bob Smith.