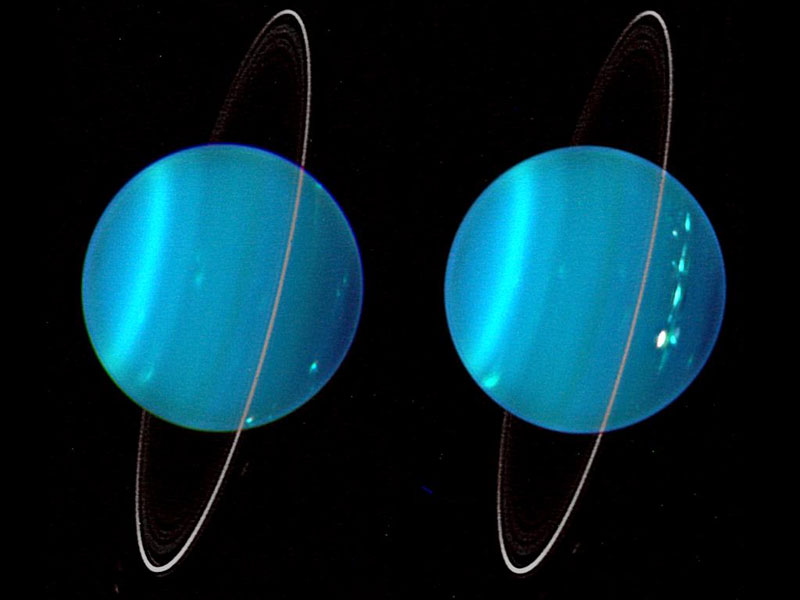 On March 13th, 1781 the astronomer William Herschel spotted what he thought was an unusual comet but which he and other astronomers would quickly discover was a planet. It’s the first planet discovered in modern times which makes Uranus very special. Take a little time to explore Uranus, probe its mysteries, and consider what we’ve learned about Uranus since William Herschel first looked up and saw it two hundred and thirty-seven years ago. Like its neighbors, Jupiter, Saturn, and Neptune, it’s a gas giant. Uranus is full of hydrogen and helium but also in its depths contains ice and rock. Uranus also has a complex cloud system with the lowest clouds believed to be made up of water while the upper layers are methane. There’s a lot of methane in Uranus.

On January 24th, 1986 the Voyager 2 spacecraft probed Uranus. Astronomers at the time called it “the most boring planet” but subsequent studies have shown just how interesting Uranus is. Less than a decade earlier, in 1977, astronomers first discovered rings around Uranus, and then in December 2005 the Hubble telescope detected two additional rings much farther out.

There are also twenty-seven known moons orbiting Uranus. The largest, Titania, orbits Uranus every 8.7 days and because of its closeness to the planet the same side always faces Uranus. Uranus itself orbits the Sun every eighty-four years, which means that since its discovery Uranus hasn’t even been around the Sun three times. However Uranus has a very fast rotation: one day on Uranus is just seventeen hours and fourteen minutes.

Of course Uranus is not alone. There’s also the city of Uranus, right in the middle of Missouri. Uranus is a well-known tourist stop along the historic Route 66, although I think the stretch surrounding it should be renamed the Herschel Highway. The city is known for its fudge factory and also a tattoo place for people who want to be able to say they got a tattoo in Uranus.

Today and every March 13th I hope you’ll join me in spending a little time contemplating Uranus. 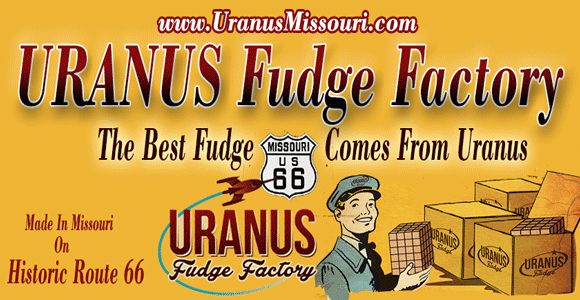