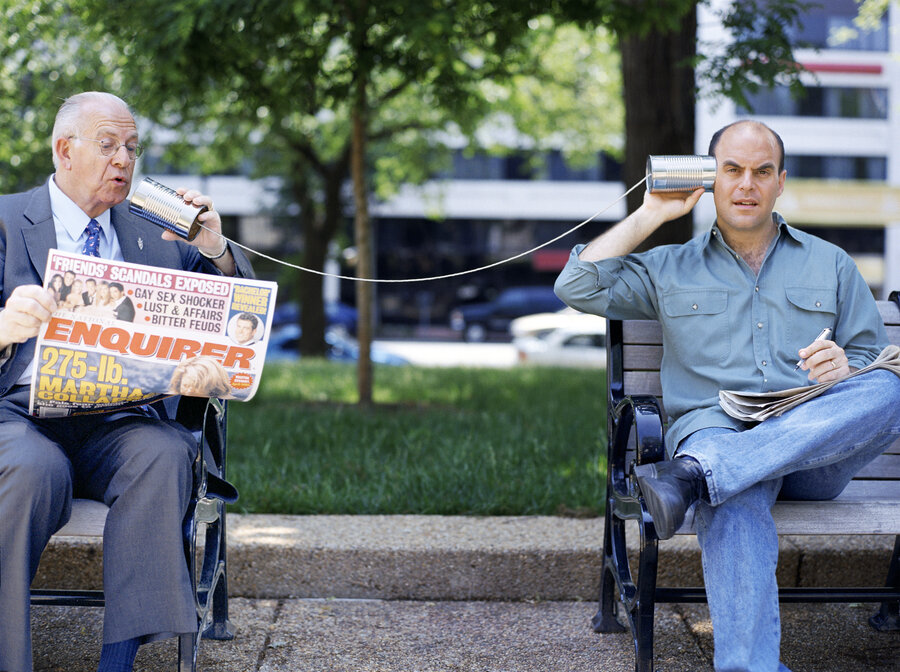 The clock radio in our bedroom wakes up my wife and I. It’s set to NPR and for years most weekday mornings we’d be stirred out of sleep by the gentle baritone of Carl Kasell reading the morning headlines. There was something comforting about his voice, even when it was bad news, and he was as much a part of my morning routine as taking a shower, brewing coffee, taking the dogs out, and flossing my toes. Then he went away and while his successors were fine it was never quite the same. Then an odd little comedy news quiz called Wait! Wait! Don’t Tell Me! started up, hosted by the guy who wrote Dirty Dancing 2: Havana Nights, Peter Sagal. Every fool has to have his straight man and it was Carl Kasell who stepped in. He was as somber and professional as the show’s scorekeeper as he was when reading the headlines, although every once in a while it I’d hear a strange, low rumbling. It took a while before I could get used to the sound of Kasell laughing. Now he didn’t wake us up in the mornings but he accompanied us on errands around town and on road trips, for an hour, anyway, or until we drove out of broadcasting range.
Kasell was always honest that in its early days Wait! Wait! just wasn’t that good but, to their credit, the powers that be at NPR allowed some tweaks to the show, including the addition of a live audience, that made it great. They recognized that it had potential, or maybe they just liked the prize: lucky listeners would get Carl Kasell to record the outgoing message on their home answering machine.
Several years ago when Wait! Wait! came to Nashville and was recorded at the Tennessee Performing Arts Center my wife surprised me with tickets and we got to go. It was fun seeing the panel banter back and forth with Peter and talk to the “Not My Job” guest Vince Gill, but what made it really special was that, off to one side of the stage at his own podium, was Carl Kasell. No offense to his successor who does a fine job, but I was so glad to finally get a good look at the man who joined us in our car and came into our bedroom every morning for so many years.
Hail and farewell Carl Kasell.