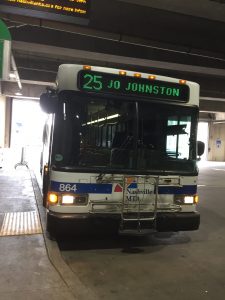 “This is the opportunists’ route,” the bus driver told me when I said something about being the only passenger. “We might pick up one or two more people, but they mostly want another bus. They just see this one and get on not knowing where it goes but it connects to so many others.” And he had a point: the number 25 route has stops that are transfer points with bus numbers 2, 3, 5, 7, 8, 10, 15, 17, 18, 19, 21, 52, 55, and 93. “I don’t mind ridin’ alone,” he went on, “but there are too many turns!” Again, good point. A lot of buses travel a more or less straight path but there were a lot of places where the number 25 seemed like it turned every other block, winding through an area of Nashville known as “The Gulch”. 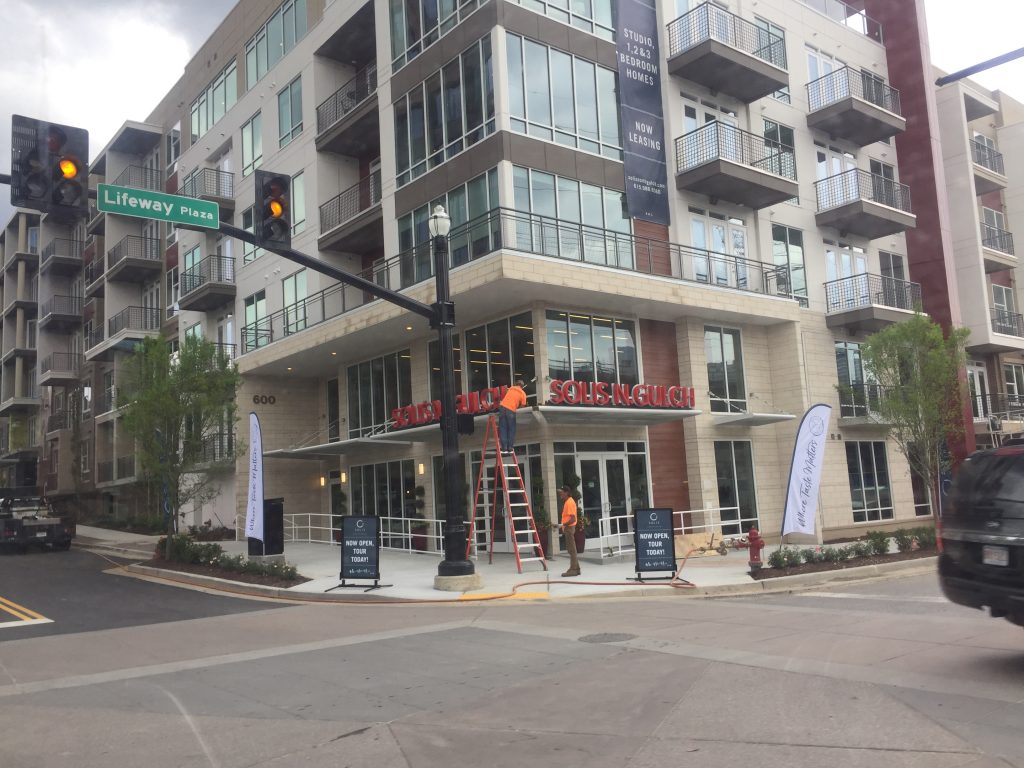 This route could also be called “the hospital route” since it takes riders by Meharry Medical Group, the St. Thomas Hospital Complex, the TriStar Centennial Hospital Complex, and within a block of Vanderbilt Hospital. 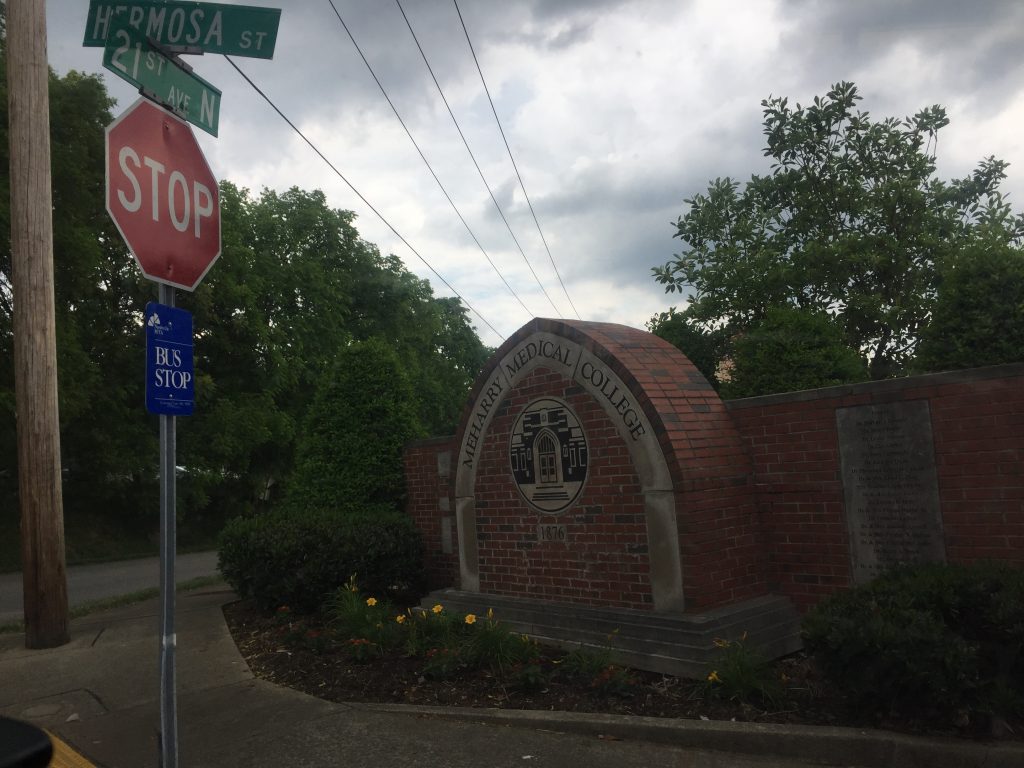 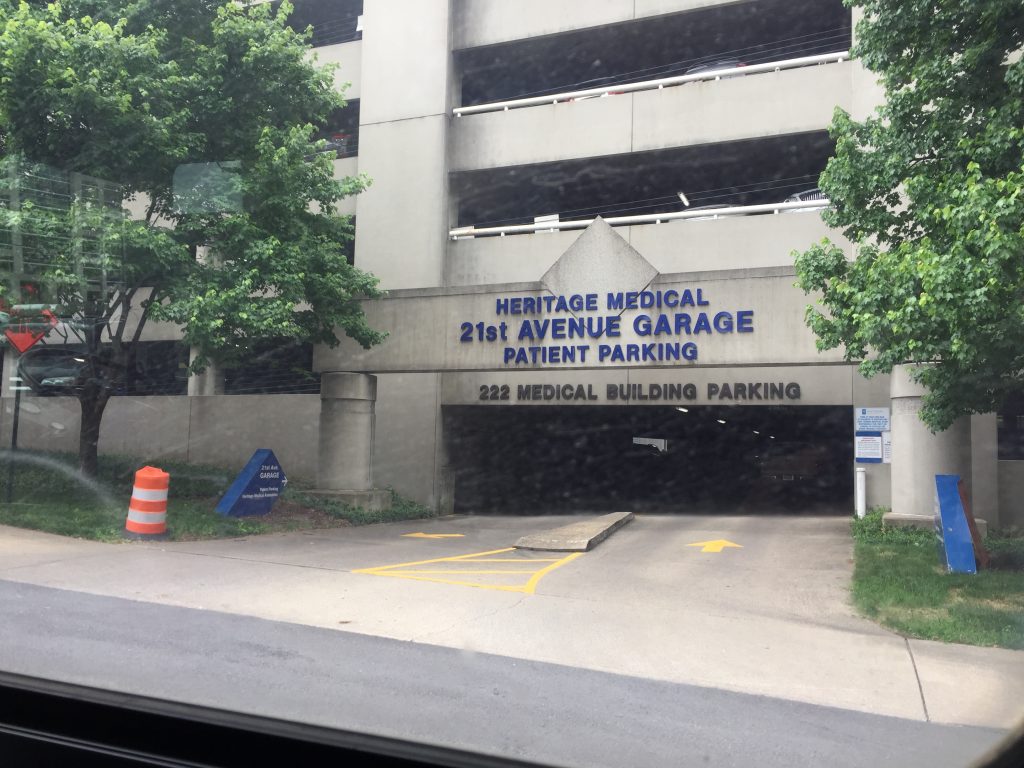 It also goes near a Krispy Kreme, if you want to get a doughnut on your way out of the hospital. Or in. 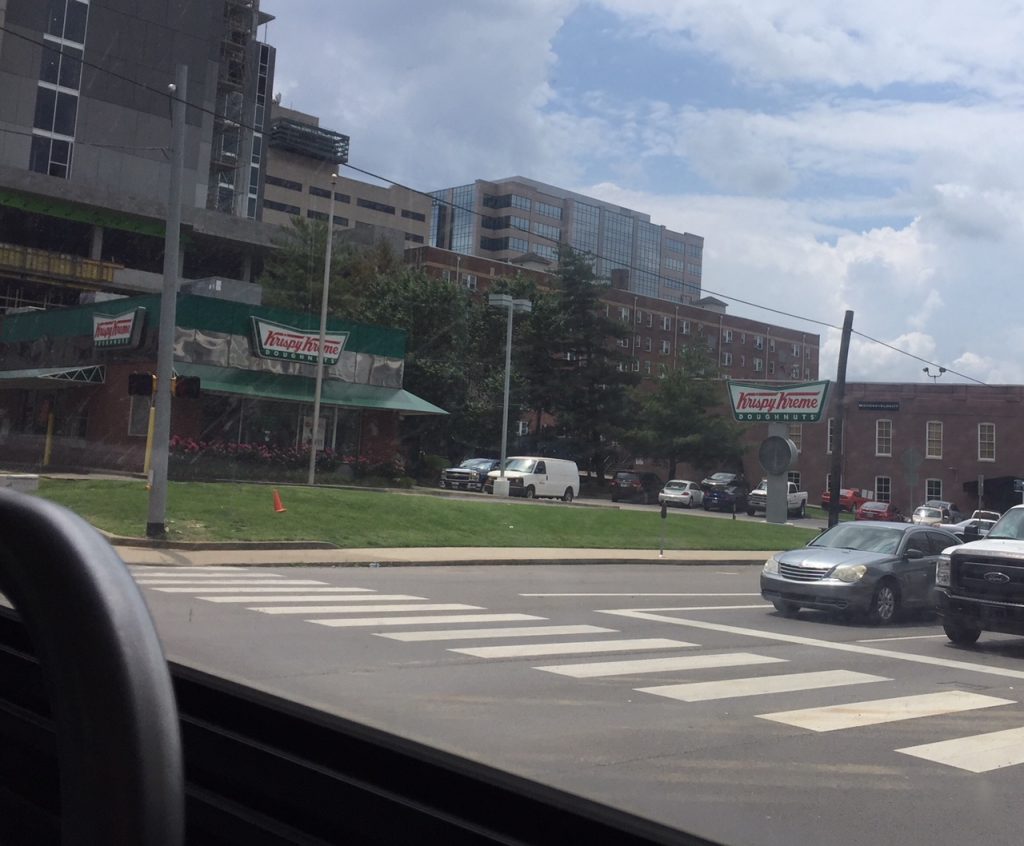 It then veers off through the historic Edgehill neighborhood, the one long straight stretch. Look out for the famous polar bears, originally there to advertise Polar Bear Frozen Custard shops. The bears are still there but the custard shops, unfortunately, aren’t.

Then it’s past Fort Negley and Greer Stadium, former home of the Nashville Sounds.

Along the way it goes through some nice neighborhoods, including past the Pruitt branch of the Nashville Public Library, which is in a former firehouse. 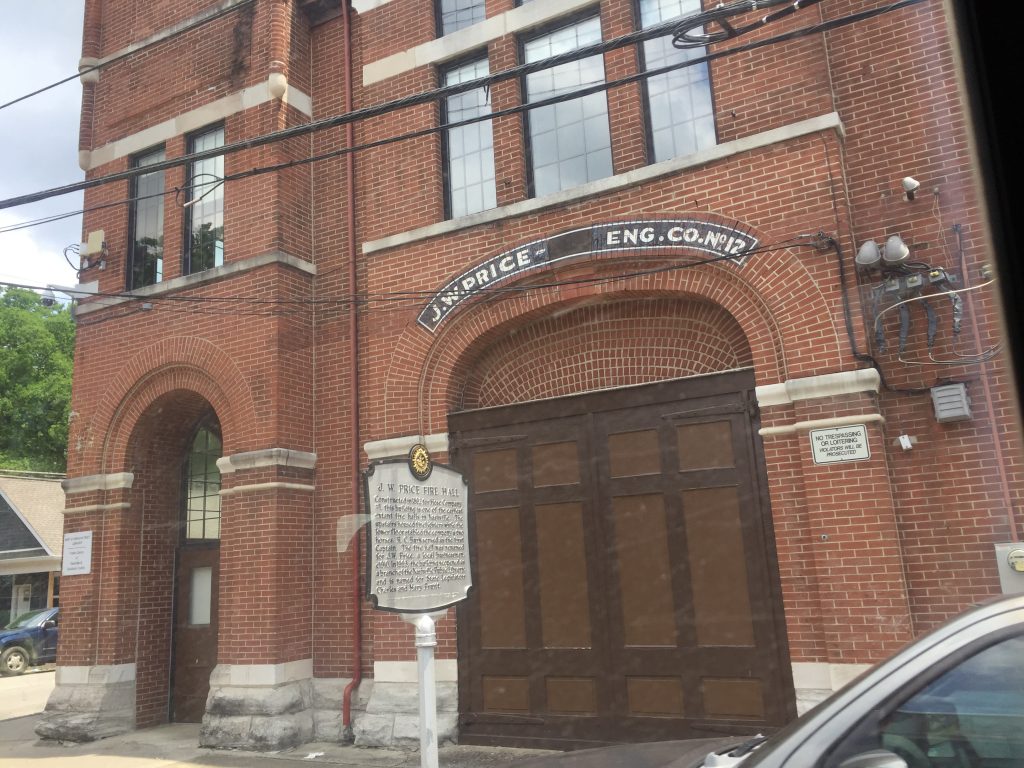 Then things take a really weird turn and the bus goes into the MTA garage on Nestor Street, next to a disused stretch of train track where some old rail cars are slowly rusting away. 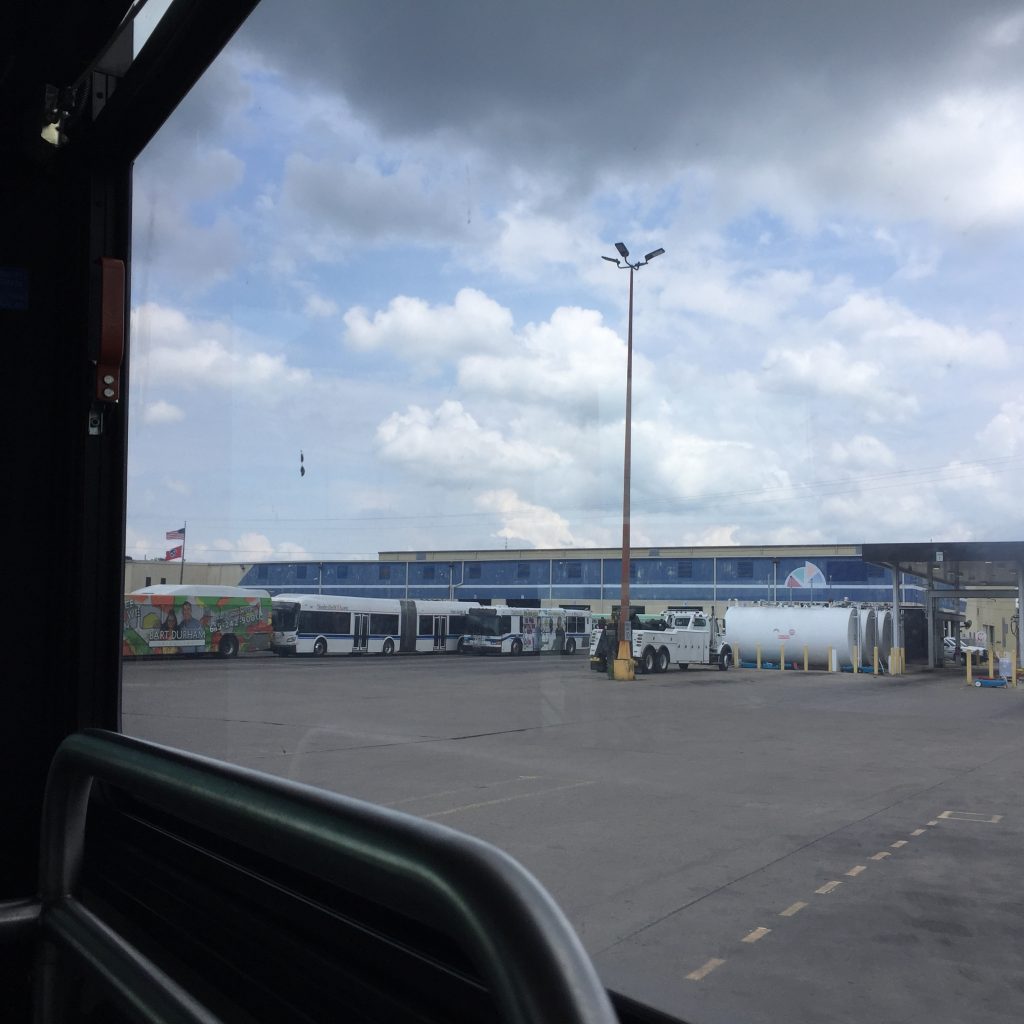 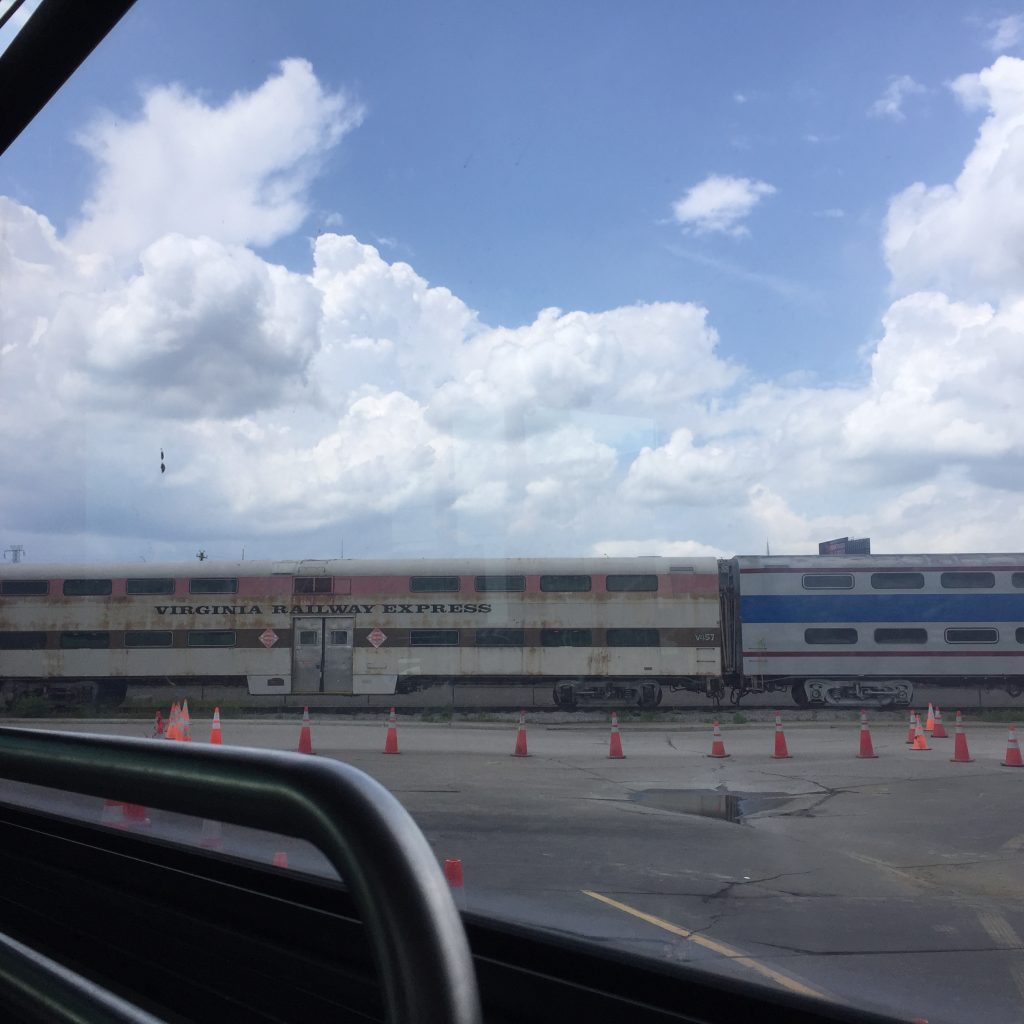 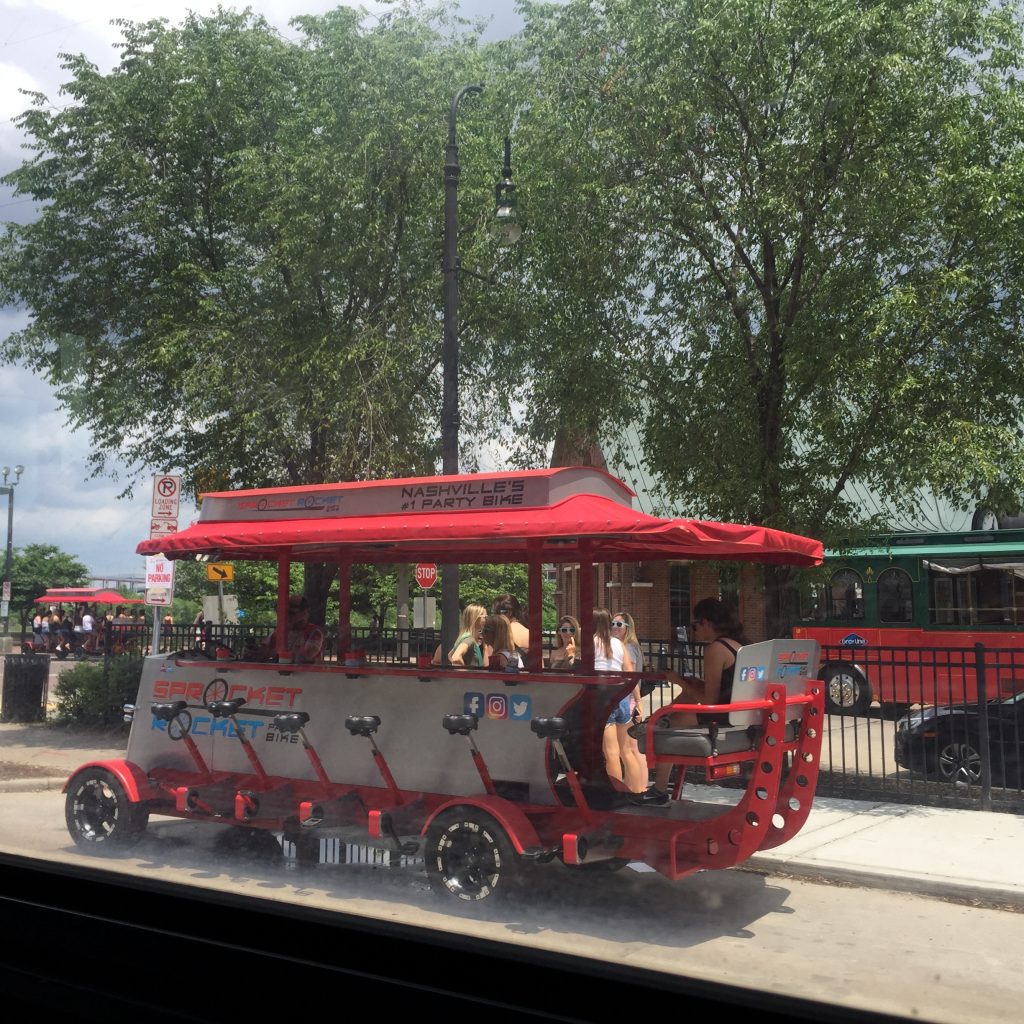 Also there’s a Rolling Stones exhibit at the Musician’s Hall Of Fame here in Nashville, but that’s another story. 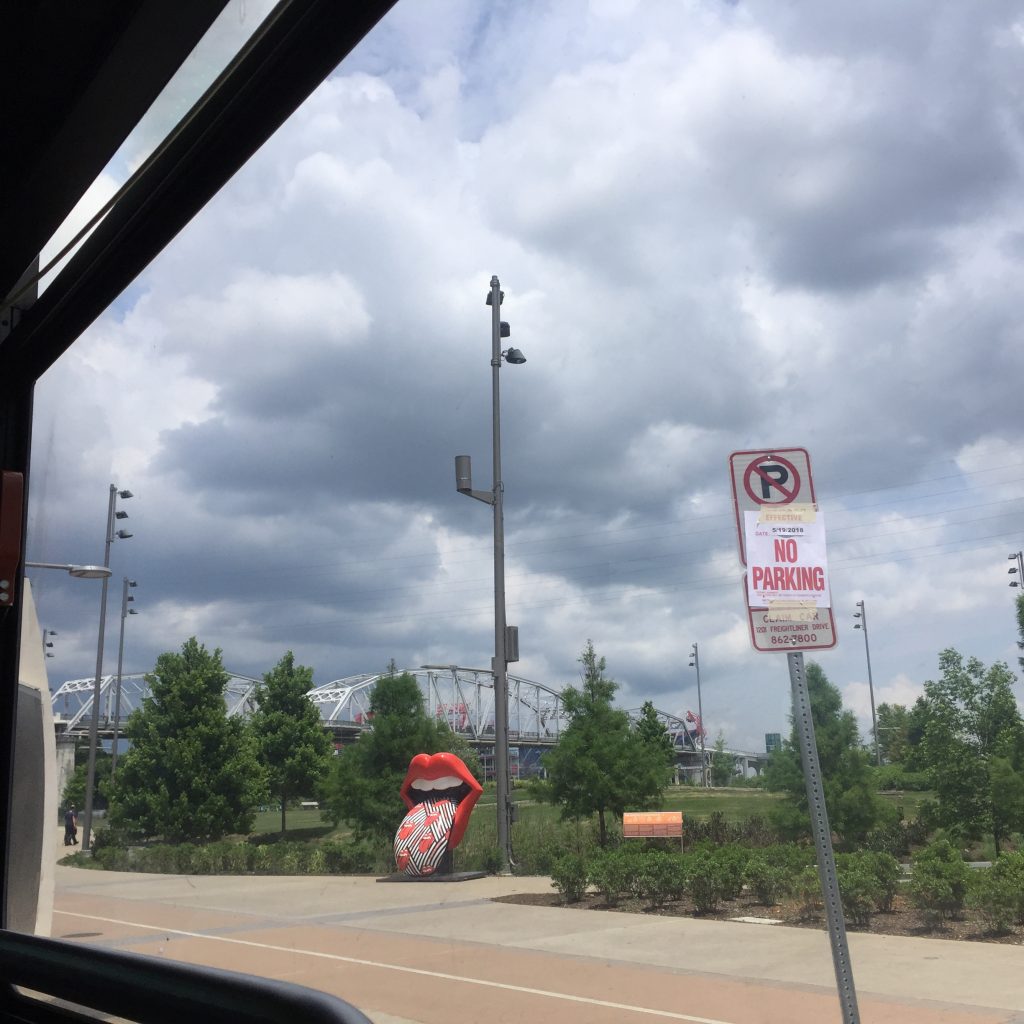 Four other people got on as we made the loop, and everybody had the same question: “You goin’ downtown?”

The driver always had the same answer: “Eventually.” 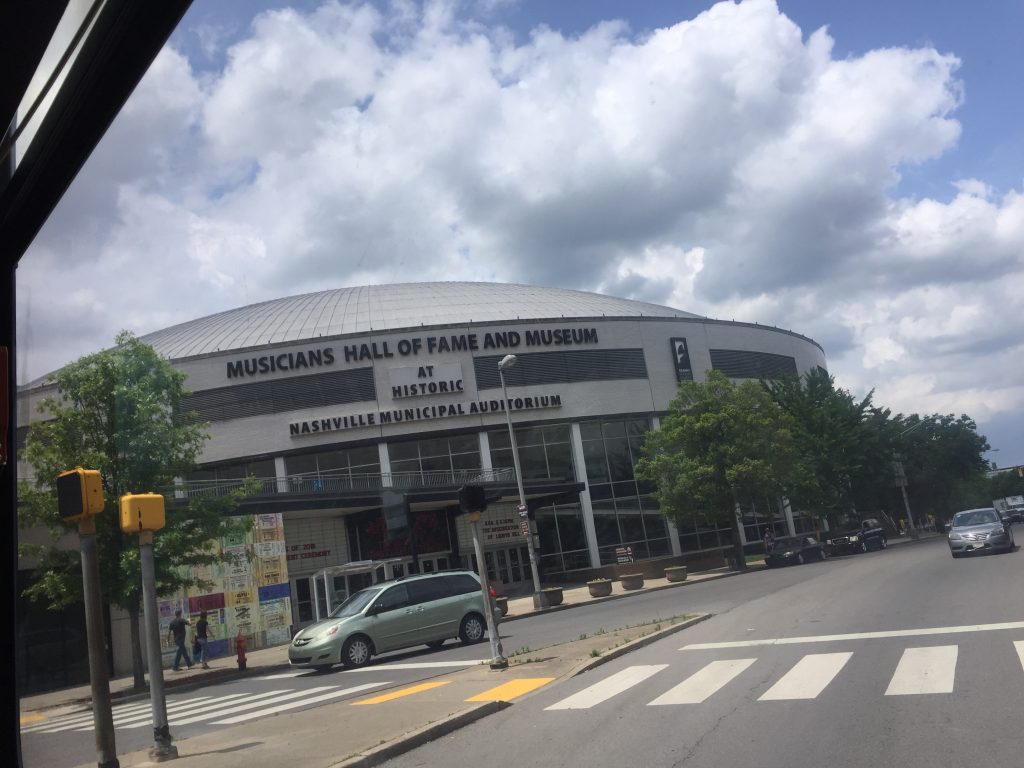 And eventually we did return to the Music City Central bus station. The number 25 arrives at and departs from the lower level, and as I was climbing the stairs to catch my next bus I turned around and looked back. The driver was already pulling out, this time alone.