Freethinkers Anonymous > Submitted For Your Approval. > Any Colour You Like.

Another day, another entry in the Black & White Photographs challenge.

A British friend told me that back in the ‘50’s Spike Milligan once announced that he’d be on the BBC making a special color—excuse me, colour—broadcast. Everyone rushed home to their black and white sets. At the appointed time Spike Milligan strolled out, pointed to his jacket, and said, “Blue.” Then he went around naming the colors—excuse me, colours—of all the things in the studio.

A few years later on the other side of the pond Ernie Kovacs opened one of his shows with a closeup of his face and explained that while he was being filmed in color—yes, color, since, thanks to Mr. Webster we don’t waste U’s, but that’s another story—most viewers would see the show in black and white, so he wanted to do something to compensate. The camera then pulled back revealing that everything was labeled with its respective color.

Those are just a couple of funny stories that have nothing to do with this picture that I call How To Get Ahead. 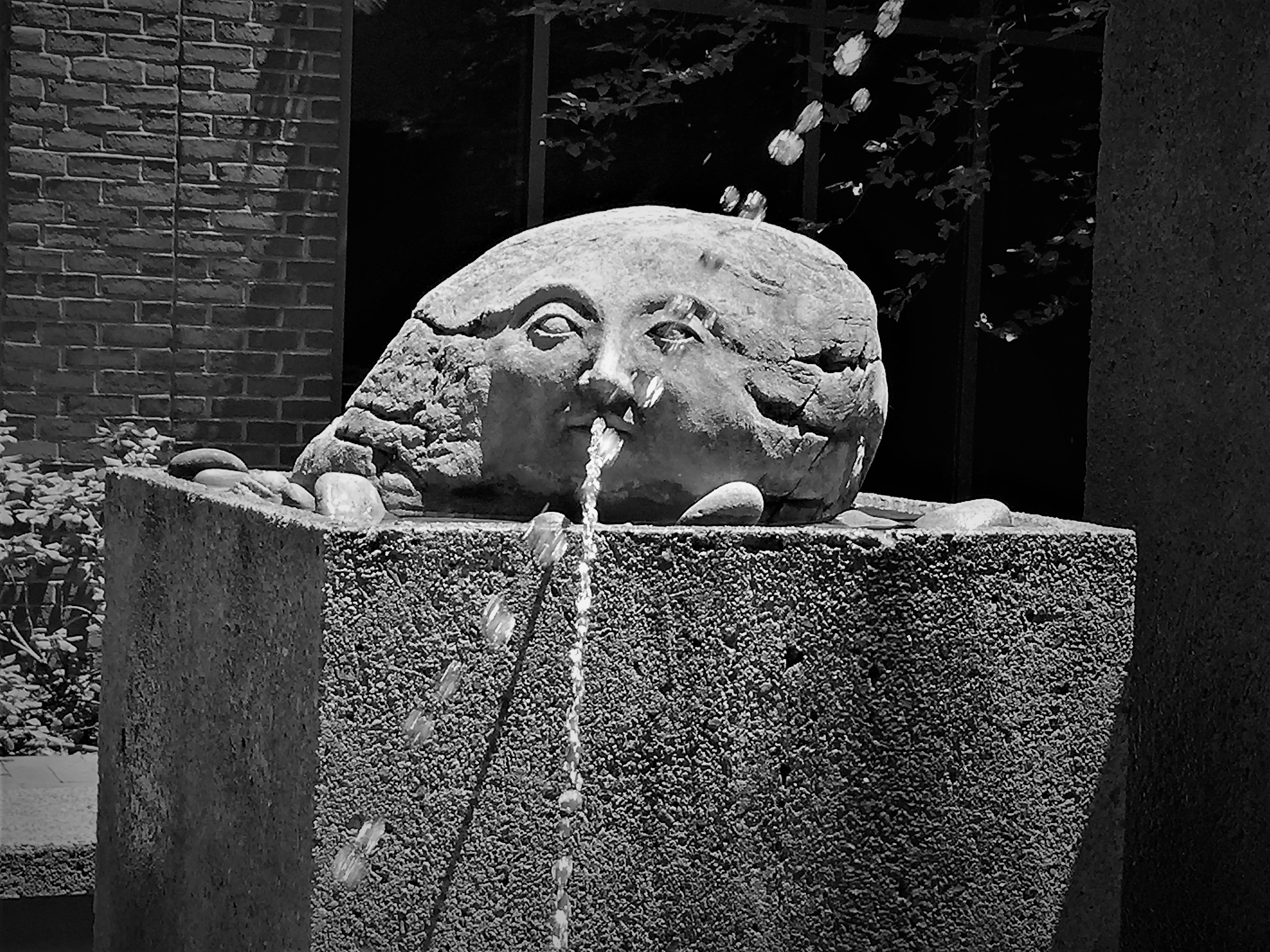 And now a little Ernie Kovacs for you.