Freethinkers Anonymous > Ramble With Me. > After The Fire. 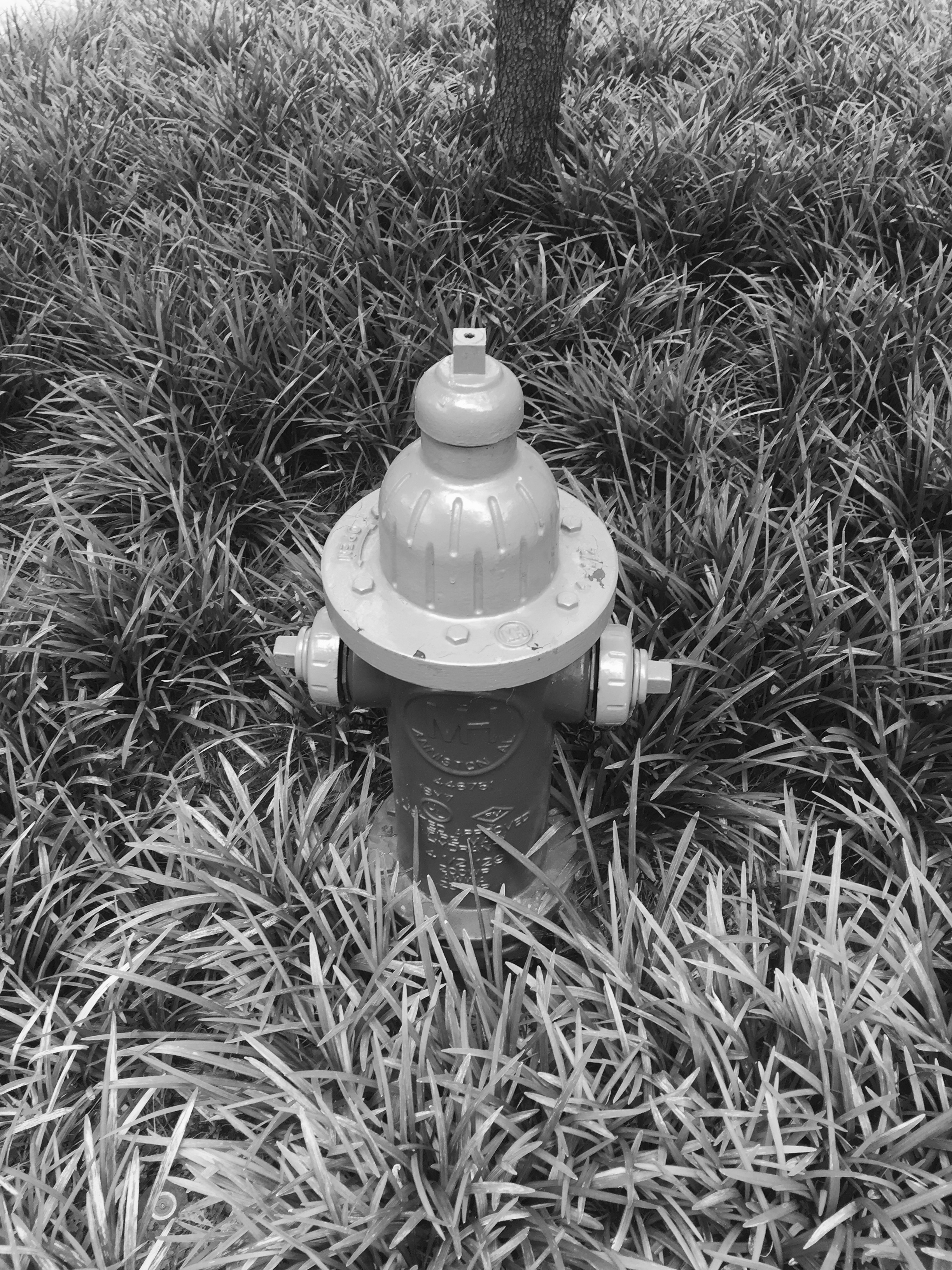 Because I have a hard time following rules, at least when they’re arbitrary, meaningless rules I’ve decided to extend the seven days of black and white photographs by one with this final picture. It’s one I also really like and I hope others do too. It reminds me that I grew up on a cul-de-sac and for years there was no fire hydrant anywhere nearby. I’m not sure if this was an oversight or if regulations just didn’t stipulate it, but then one day in late summer a construction crew showed up and blocked off a rectangular section of asphalt. Then they came back over several more days and dug a trench that extended about four feet out from the curb and was about five feet deep. Every time they left all the kids—there were about six of us who lived there at the time—would gather around it. There was a neighborhood dog, a friendly Springer Spaniel named Freckles, who would later be the sire of my dog Friskie, but that’s another story. Freckles loved to chase tennis balls and one day as I was throwing a ball for him it bounced into the trench and Freckles went in after it. It had rained so there was a layer of water at the bottom of the trench. Freckles was splashing around down there and I thought, Oh great, how am I going to get him out? And then he hopped right out, shook himself, and dropped the ball at my feet and gave me a look that clearly said Do that again!

Within a couple of weeks a fire hydrant had been installed and the trench filled in and it just faded into the background as if it had always been there.

The story would have ended there had I not read Dylan Anderson’s post about the Carr fire in California, which has also affected Tom, who challenged me to start the black and white photographs challenge in the first place. There’s very little I can say beyond expressing sympathy with all those affected and the hope that the fire can be brought under control soon. It also made me think about how quickly things can change, how an event in the present can reframe a memory, so that something that had faded into the background can suddenly become very relevant, very important.