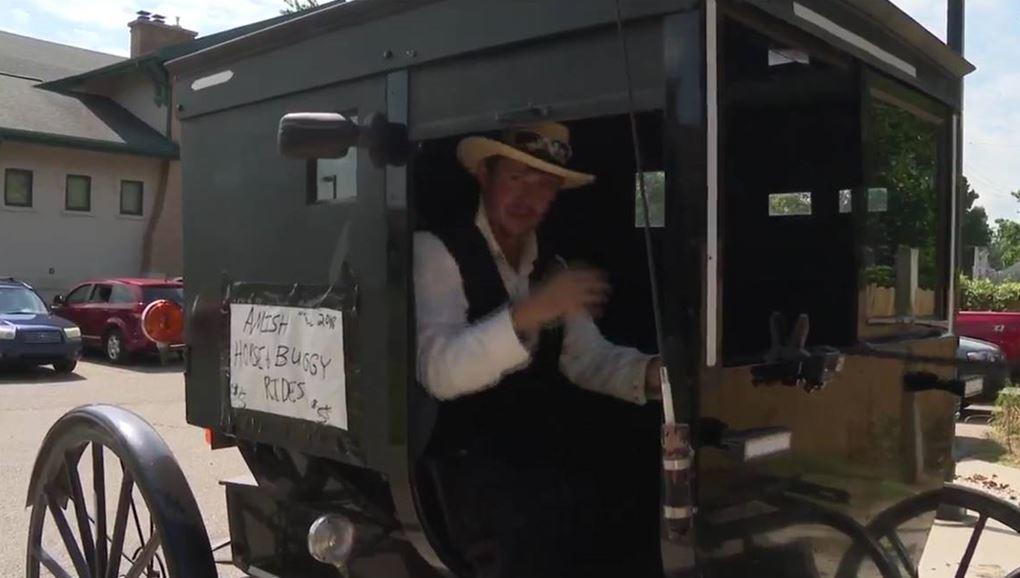 So there’s an Amish guy in Michigan offering buggy rides for $5 which he calls an “Amish Uber”, although you don’t use an app to get a ride, you just wave him down and say you’d like a ride and hope he hasn’t already got a fare. And I thought, wait, isn’t that really an Amish taxi? It turns out I was wrong. An Amish taxi is something completely different: it’s when a non-Amish person provides a ride for the Amish who need to get somewhere and some have considered it a problem since at least 2008 when I’m pretty sure I still had a flip phone but that’s another story.

What stands out for me here is a not so subtle shift in terminology, not to mention technology. In just a few years Uber and services like it have become so uberbiquitous that “taking an Uber” is part of everyday conversation. I have friends who drove for both Uber and Lyft—they quit after a short time—and in spite of current controversies and crackdowns it seems like these services are here to stay. I don’t know if the traditional taxi is going the way of the dodo—personally I like riding around in an old-fashioned yellow taxi, or, in London, one of the large black models. Actually I like the idea and can’t tell you the last time I rode a taxi. It was probably when I was in college and some friends and I splurged to get to the mall and took the bus back even though the town’s public transportation was terrible, and, like Wallace Shawn at the end of My Dinner With Andre, we splurged on a taxi which, in a small midwestern town, was not a usual way of getting around. Even though Nashville a growing metropolis they’re an unusual sight in Nashville, even around downtown. They’re associated with big metropolises, and that show with Judd Hirsch and Danny DeVito. I think that’s part of why Uber and Lyft are becoming so popular. They’re not driven by professionals in distinctive vehicles, but by regular cars you might see in your neighborhood A local Nashville celebrity with a show on the cable public access station was the Bat Poet, whose day, and sometimes night, job was a taxi driver, and who passed away in 2011, long before ride apps would have put a dent in his business, which seems likely. In Nashville a taxi driver is almost as unusual as a guy in a painted Batman mask performing poetry on TV.

The word “taxi” is really a shortening of “taximeter”, the device used to measure the distance traveled and the fare invented in Germany in 1890. It’s literally a tax on the distance traveled, which makes me wonder how far I’d have to go to make a joke about death and taxis, but thats another story. Uber and Lyft as terms are therefore consistent with history. Taxis were named for the meter installed on their dashboards, and the ride-sharing services are named for the apps they rely on. Will Uber as a term replace taxi, the same way ride apps seem to be replacing taxis? I don’t know. Heck, there’s still a business in horse and buggy rides.