The Happiest Place On Earth.

Freethinkers Anonymous > Adventures In Busing. > The Happiest Place On Earth. 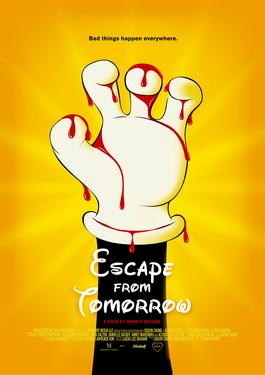 If you’ve decided you want your final remains to be cremated what plans have you made for your ashes? Yes, I know, that’s a macabre question, but ‘tis the season, and that’s going to be my excuse even though I am the sort of guy who might ask you that sort of thing out of the blue on a sunny day in May, mostly because I’m curious but also because it’s an interesting way to get to know strangers. Also it pretty much guarantees I’ll have the window seat to myself on the bus, but that’s another story.
What also got me thinking about that question, aside from simple curiosity, is a recent story about how frequently Disney park employees have to clean up an incinerated loved one who’s been brought for a final visit. According to the story about once a month park employees get wind of someone’s ashes and use a special vacuum to remove the lifeless loiterer and send them to a less family-friendly final resting place.
I have my own creative plans for my cremains, although I plan to go out with a big “Please Recycle” stamp and hope that any parts that can benefit someone else after I’m done using them get passed on. Still I appreciate that many peoples’ last wish is to be laid to rest in a place that made them happy, and the story did get me thinking about where, if I wanted a Disney disposal, I’d want to be consigned. My first choice–which I’ll come back to–turned out to be very popular, which reassures me that I’m not alone in my morbidity. And it does seem pretty obvious that I’m not. A lot of us tend to imagine that every smile is merely a portal to a dark underbelly. The film Escape From Tomorrow, parts of which were illicitly filmed at Disney World and Disney Land, even imagines Disney’s dark side, or at least one man’s experience of it.
Anyway the more I thought about it the more I thought, strange as it might sound, that I’d want to spend eternity on the monorail, or the Train Ride, because I like the idea of touring the park, never stopping in one place. I think I’d even prefer, and this is going to sound even stranger, the trams that carry visitors to and from the parking lots. I have very clear memories of my first visit to Disney World, memories which, when my family went back a few years later, seemed more like things I’d merely imagined rather than seen, my first experience with how memory is malleable. But the trams were the same, and that final ride back to our car in the dark, seeing other trams lit by a single bulb taking other people back to their cars, was the perfect cap to the day.
Of course my first choice is one that a lot of others also prefer:

Popular lore has always attached this gruesome ritual to one ride in particular: The Haunted Mansion. Current and former Disney employees say that riders carrying cremains onto the spooky attraction are a serious problem, with one Disneyland custodian telling The Wall Street Journal that the ride “probably has so much human ashes in it that it’s not even funny.”

No, it’s not funny. It’s hilarious.