Sometimes when the bus is running late, or if I just know it’s going to be a while, I’ll walk to the next bus stop, or the bus stop after that. Or the one after that. Or I’ll walk toward downtown–I catch the outbound bus to get home in the afternoons, so if I walk toward downtown I’m walking toward the oncoming bus so it should get to me even sooner, although it never seems to work out that way. And I have to be careful to be at a bus stop. Some bus drivers will buzz right by me even if I’m standing at a stop and technically you can flag down a bus at any corner, but I think it improves my chances of getting picked up if I’m standing at one of the regular stops. That might make you wonder why I don’t just pick one stop and stay there and the answer is I get restless just standing around. I’d rather be on the move if it’s in the wrong direction.
Sometimes, though, I come to a bridge–or rather an overpass over the interstate–and even though they’re sort of built for pediestrians, with a sidewalk, it’s a very narrow sidewalk, and if I want to make the crossing I’m forced to walk between cars rushing by and a very low barrier that I worry I could easily fall over and into cars rushing below.
So I really admire four guys in Vladivostok who decided on a creative way to get across the Zolotoy Rog Bridge, a striking tourist attraction which used to be open to pedestrians but isn’t anymore. They dressed up as a bus. 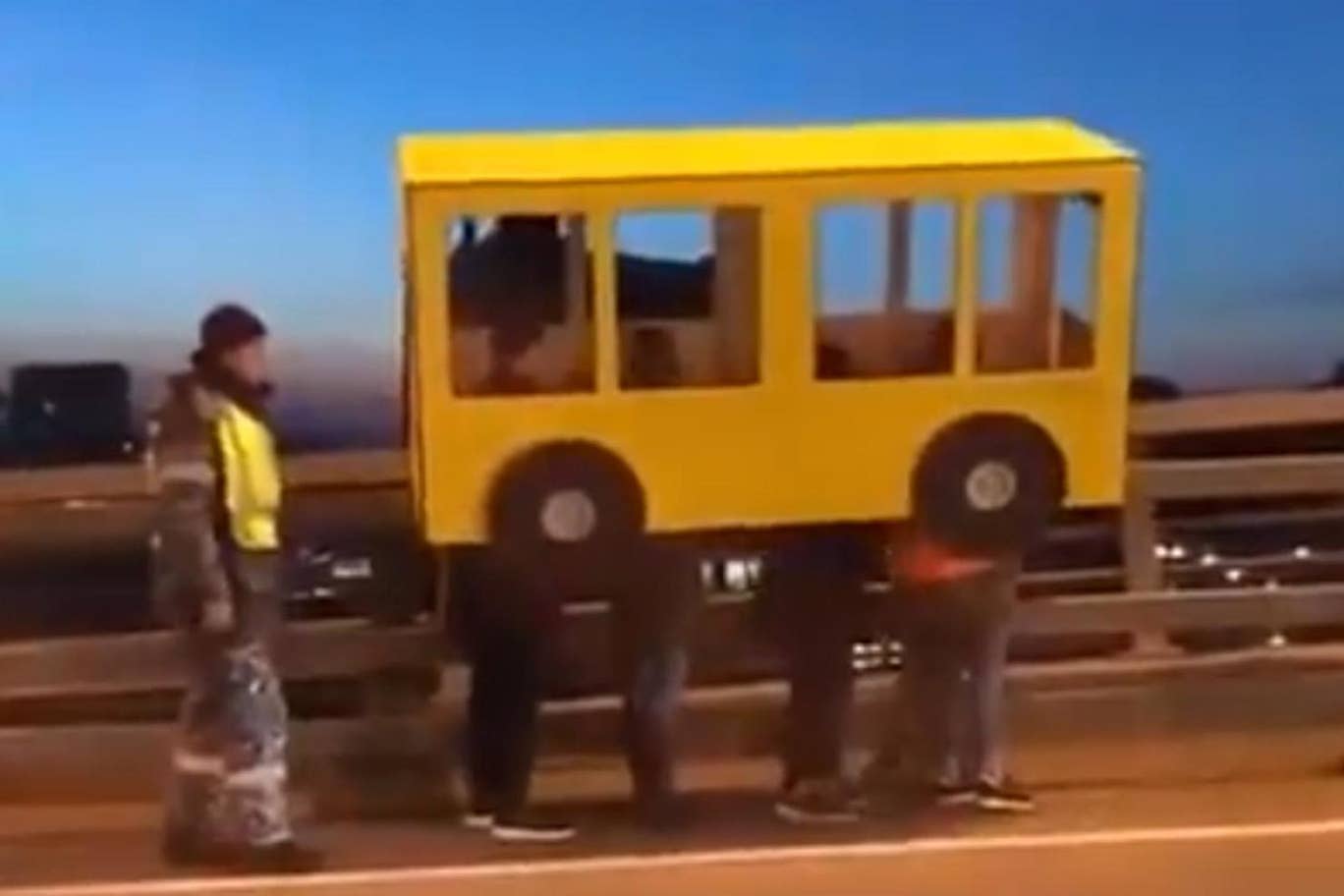 And that’s pretty brilliant. Looking at the pictures I’m surprised they didn’t get away with it. Okay, yeah, I am. It was probably a form of protest since city residents complain they’re being denied easy access to the city center. Still it’s something I might try, or I would if it wouldn’t lower my chances of being able to catch a real bus.