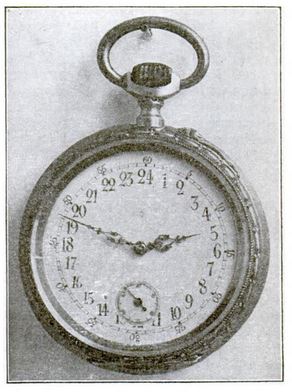 It’s dark now when my wife and I get up in the mornings to go to work, and soon it’ll be dark in the evenings when we get home too, thanks to Daylight Savings Time and the autumn tradition of falling back, as opposed to springing forward, although I’m never quite sure what’s “back” and “forward” on a clock. It’s even worse when someone tells me to move the clock up an hour. Does that mean I should add an hour or subtract one? And why do we have to change the clocks anyway? The American poet Randall Jarrell said that when he was training for the Air Force during World War II he and his fellow airmen were put on Double Daylight Savings Time which still baffles me because I can’t imagine telling someone they’re getting up at 5am when it’s really 3am is going to do anything to boost morale, and might even makes things worse because it just puts dawn that much farther away. At least there’s a benefit to the end of Daylight Savings Time in the autumn and that’s one extra hour of sleep on Sunday, which makes me think we should just change the clocks once a year, but that’s another story. Anyway here’s an ode to the end of Daylight Savings Time I wrote several years ago.

It’s over. Time to crank the clocks back an hour

And face the fresh week with a little more

Sleep. An hour to live over, to wince in the light out

Earlier than before. I have to wait

A few days until morning dark again wraps the house.

I march to shed sleep’s robe with a quick wash

While the digital clock’s bright gash

Fades into a faint red nimbus.

The hour went as quickly as it came

And added a trace of storm

To my hair. My legs rebel at the thought,

With pain, of lifting me out

Into this light. It’s made me a witness.

A life is composed of hours.

Unwatched they collapse into years

And in a moving moment condense.

The leaves talk against the window in this bright

Wind. Movement, all of it, can’t separate

From time, but the fall of day has a taste

Of denial, a wrinkle that wants to be missed.

Until it’s only a skull bleached

By the cold. In a moment that never

By time turning backward. My hand

Slid that hour through falling sand

And like a dark red worm from my chrysalis

I come into a clean, dry place.