The recent passing of two performers has really taken me back to my past, two performers in very different genres but whose similar deadpan styles were a great education in comedy. Which is funny because one of them wasn’t even a comedian, but Mean Gene Okerlund was the funniest person in wrestling, and given how over-the-top and ridiculous wrestling is that’s saying something.
I’ve never really been a fan of wrestling–watching guys throw each other around just isn’t entertaining to me even when they have crazy characters and wear brightly colored leotards–but a couple of my friends were. One of them also had an illegal cable descrambler, which made his house the place to watch a lot of movies even though he felt compelled to throw a towel over the cable box every time a police car went by but that’s another story, and a large group of us gathered there one afternoon to watch Wrestlemania III. For my friends it was all about the grudge match between Hulk Hogan and Andre The Giant. For me the best part was Mean Gene Okerlund’s interviews with the wrestlers. Even though Okerland wrestled some his main career was announcer, ringmaster, and interviewer. The “Mean” was ironic, of course; Okerlund was known as one of the nicest people in wrestling, and his quiet gentility made him the perfect contrast to the wrestlers. While wrestlers screamed and raged and threatened to destroy their opponent in an upcoming match Okerlund would stand there holding the microphone, saying nothing. He’d glance at the camera, the faintest twinkle in his eye hinting at “Can you believe this guy?” But, like the wrestlers, he never let the mask drop. His only judgment at the end of an interview was to quietly say, “Wow.” 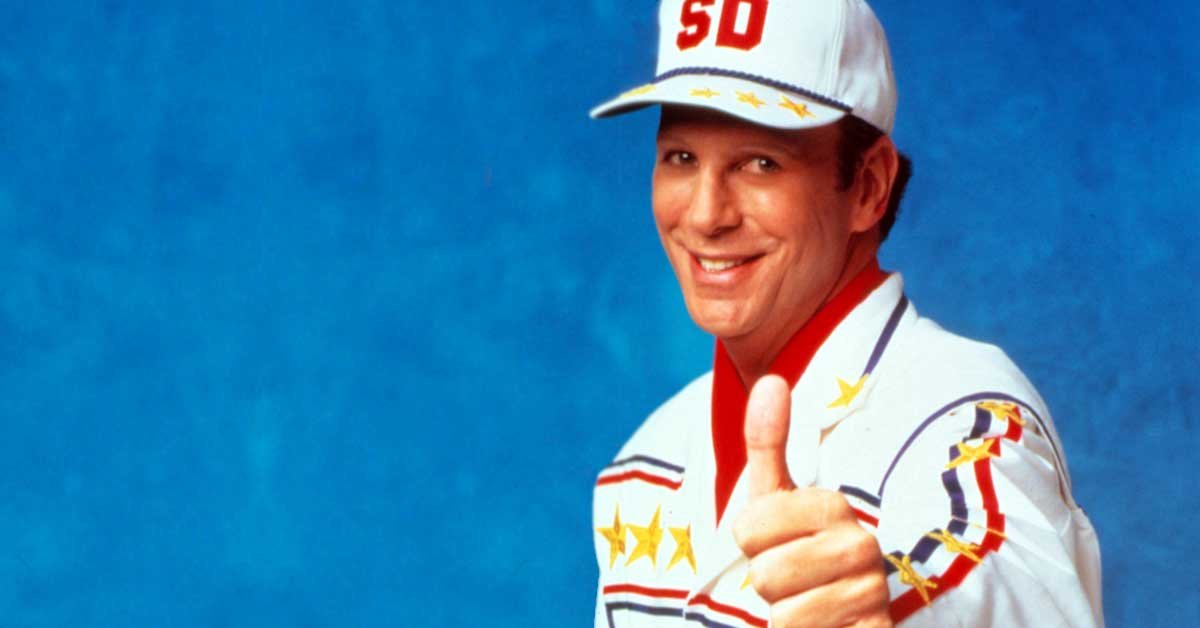 And then there was the purposely funny but just as understated comedy of Bob Einstein. I was never a fan of Evel Knieval but some of my friends were–it seems to be a pattern–so I loved the stunts of Super Dave Osborne, whom I first saw on David Letterman. Although the running joke of Super Dave Osborne’s daredevil stunts always going horribly wrong was predictable Einstein’s deadpan delivery always killed me, and while I was in college his animated series Super Dave: Daredevil for Hire was always a welcome study break. Most of the time when I hear about the passing of a famous person I learn something surprising about them. Yet I wasn’t surprised to learn that Einstein was the older brother of Albert Brooks and that he worked on The Smothers Brothers Comedy Hour with Steve Martin. Just like them, and just like Mean Gene Okerlund, Bob Einstein would fully commit to a ridiculous premise and make it funny by playing it completely straight.
Hail and farewell.