You Haven’t Got Mail!

Freethinkers Anonymous > Adventures In Busing. > You Haven’t Got Mail! 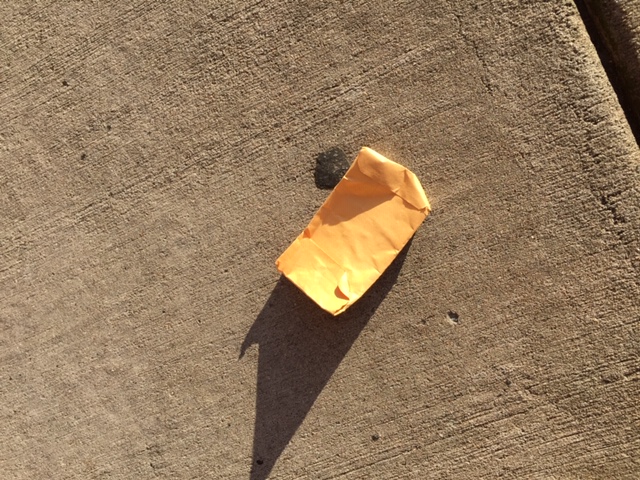 So I was walking home from the bus and noticed a small envelope in every driveway. They were rectangular and about the size of any prepaid card. What’s this? I thought. A gift for all the residents of the neighborhood? Yeah, I’m not that naive; I knew it was an advertising ploy, and a cheap one at that. Whoever was behind it was too cheap to mail us their advertising. Instead of paying for a bunch of cheap postcards they could mail out they spent money on gas and time driving around the neighborhood throwing out a bunch of small envelopes they’d bought. At least they were smart enough to know they’d be breaking the law if they put the envelopes in peoples’ mailboxes. Mailboxes are only for stamped mail delivered by the postal service, although misuse of a mailbox isn’t exactly a frequently prosecuted crime. I do believe the FBI tried to pin it on Al Capone at one point but he successfully argued that he’d put a stamp on the mackerel wrapped in newspaper he left in the mailbox of his client, and the judge got the message. Here’s another fact about mail: if you get anything in the mail that you didn’t specifically order you’re under no obligation to pay for it. I learned this when I worked in a library mailroom and companies would sometimes ship unsolicited books to the library and expect to be paid for them, and I’d send back a nice letter referencing the specific law that addresses unsolicited mail. I still have that letter and occasionally send it to Nigerian princes who email me, but that’s another story.
Anyway I got a little excited as I got closer to home. I wasn’t going to steal an envelope from any of my neighbors, but I figured I’d find out what the advertising ploy was as soon as I got home. Except when I got home there wasn’t one in our driveway. It’s one thing to get a cheap sales pitch thrown in your driveway but I was too upset about being rejected to think of what the other thing could be. Why were we not good enough? What were we, chopped liver? Maybe not–I like chopped liver and I’m grateful to Ann Koplow for providing some background on that saying, which I think should be changed to, What am I, steamed broccoli?
Anyway the next day I found one of the envelopes in the street where someone had thrown it, or maybe they drove over it and dropped it somewhere. It was a business card some kind of house cleaning service and I felt better that they obviously felt our house didn’t need cleaning. It was exterior cleaning; if it had been interior cleaning I’d have gotten really paranoid about how they knew the inside of our house didn’t need cleaning. And there was a glass pebble in there to give the envelopes some heft for throwing. 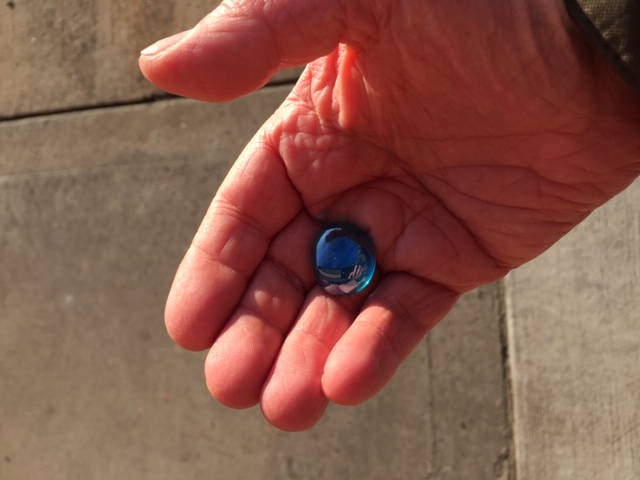 And I want that company to know I’m keeping the pebble.